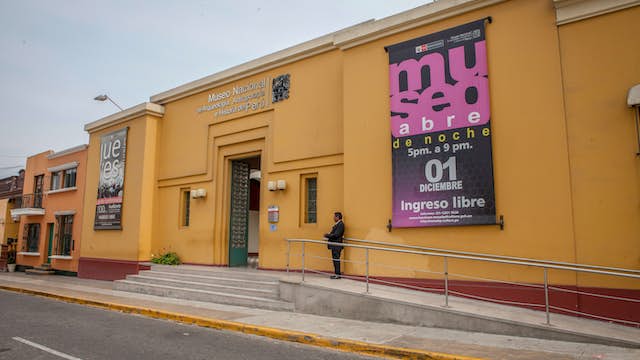 Trace the history of Peru from the pre-ceramic period to the early republic. Displays include the famous Raimondi Stela, a 2.1m Chavín rock carving from one of the first Andean cultures to have a widespread, recognizable artistic style. Late-colonial and early republic paintings include an 18th-century Last Supper in which Christ and his disciples feast on cuy (guinea pig). The building was home to revolutionary heroes José de San Martín (from 1821 to 1822) and Simón Bolívar (from 1823 to 1826).

From Miraflores, take a ‘Todo Brasil’ combi from Av Arequipa (just north from Óvalo) to cuadra 22 on the corner of Vivanco, then walk seven blocks up that street. A blue line connects this museum with Museo Larco.