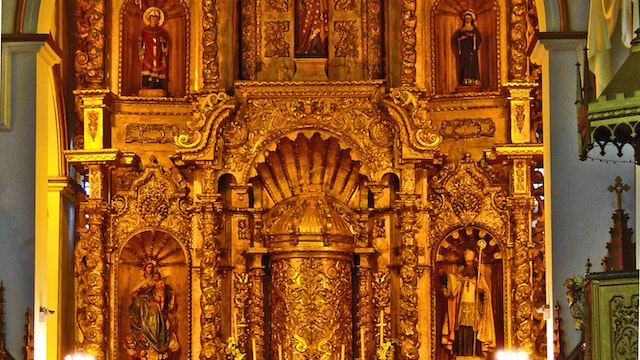 According to local legend, when word came of Morgan’s impending attack, a priest attempted to disguise the altar by painting it black. The priest told Morgan that the famous altar had been stolen by another pirate, and even convinced Morgan to donate handsomely for its replacement. Morgan is said to have told the priest, ‘I don’t know why, but I think you are more of a pirate than I am.’ Whatever the truth, the baroque altar was later moved from the old city to the present site.