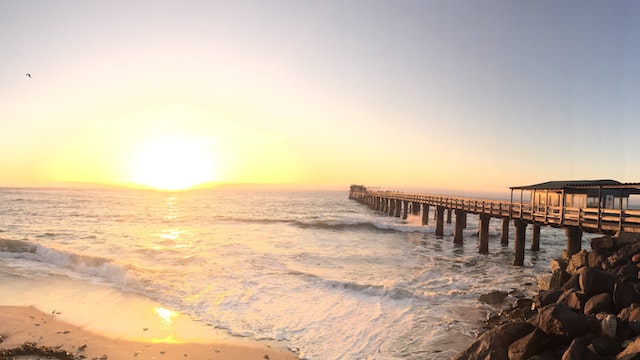 In 1905 the need for a good cargo- and passenger-landing site led Swakopmund’s founders to construct the original wooden pier. In the years that followed, it was battered by the high seas and damaged by woodworm, and in 1911 construction began on a 500m iron jetty. When the South African forces occupied Swakopmund, the port became redundant (they already controlled Walvis Bay), so the old wooden pier was removed in 1916, and the unfinished iron pier – a starkly beautiful thing – was left to the elements.