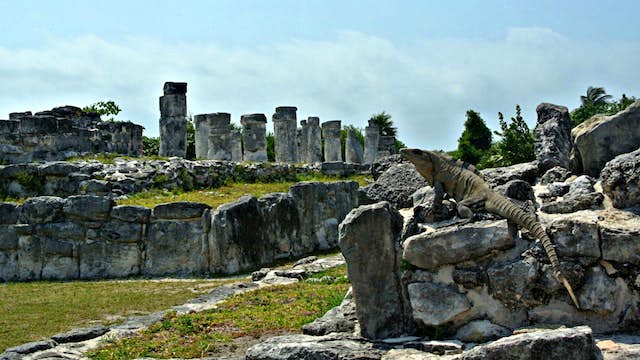 In the Zona Arqueológica El Rey, on the west side of Blvd Kukulcán, there’s a small temple and several ceremonial platforms. The site gets its name from a sculpture excavated here of a noble, possibly a rey (king), wearing an elaborate headdress. El Rey, which flourished from AD 1200 to 1500, and nearby San Miguelito were communities dedicated to maritime trade and fishing.