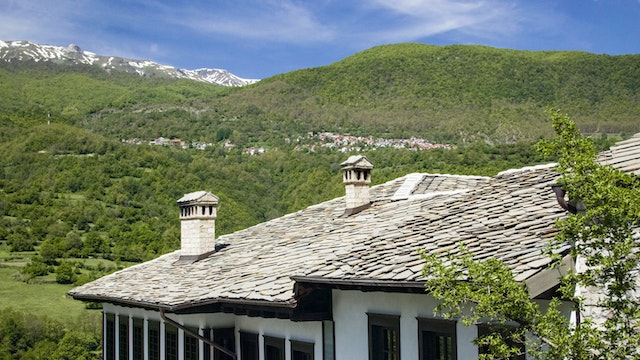 This revered 1020 Byzantine monastery is located, fittingly, up in the gods along a track of switchbacks off the Debar road, close to Janče village. Legend attests an icon of Sveti Jovan Bigorski (St John the Baptist) miraculously appeared here, inspiring the monastery's foundation; since then the monastery has been rebuilt often – apparently, the icon has occasionally reappeared too. The complex went into demise during communist rule but has been painstakingly reconstructed and today is as impressive as ever, with some excellent views over Mavrovo's mountains.

The frescoed church also houses what is alleged to be St John's forearm. Bigorski's awe-inspiring iconostasis was the final of just three carved by local craftsmen Makarije Frčkovski and the brothers Filipovski between 1829 and 1835. This colossal work depicting biblical scenes is enlivened with 700 tiny human and animal figures. Gazing up at the enormous, intricate masterpiece is breathtaking. Upon finishing, the carvers allegedly flung their tools into the nearby Radika River – ensuring that the secret of their artistic genius would be washed away forever.

Hang about and the monks might approach you for a chat and offer a tea or coffee. The monastery also offers hostel beds.