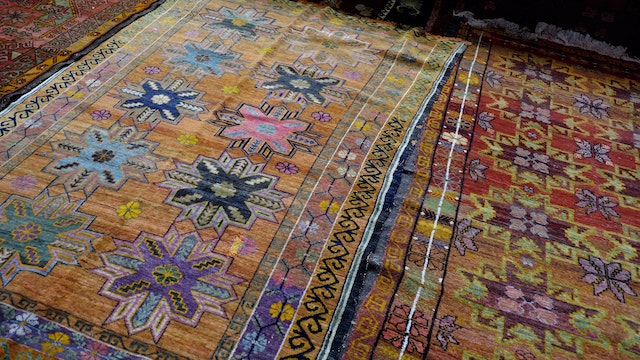 Almaty’s best museum takes you through Kazakhstan’s history from Bronze Age burials and nomadic culture to WWII sacrifices, telecommunications and the transfer of the capital to Nur-Sultan, with many beautiful artefacts on display. A large replica of the Golden Man (a national symbol of Kazakhstan; a 3rd- or 4th-century warrior whose gold-clad remains were uncovered in 1969) stands in the entrance hall.

Highlights include hall 1 that deals with archaeological finds and early history up to Chinggis (Genghis) Khan, with balbals (totemlike stones bearing the carved faces of honoured warriors or chieftains, placed at sacred spots by nomadic early Turks) and models of some of Kazakhstan’s major monuments. Next to it is the ‘Hall of Gold’, an exhibit of outstanding ancient gold adornments, mainly from Scythian burials between the 6th and 3rd centuries BC, which requires a special 1300T ticket (includes a tour in Russian or Kazakh; English tours cost extra). The ethnographic display in hall 2, upstairs, features a finely kitted-out yurt and some beautifully worked weaponry and horse and camel gear, plus musical instruments and exotic costumes going back to the 18th century. Halls 3 and 4 on floor 4 deal with the 20th and 21st centuries, including exhibits on some of Kazakhstan’s many ethnic groups. It’s just a pity that the museum's signage in nonlocal languages is limited to ‘Don’t touch, please!’