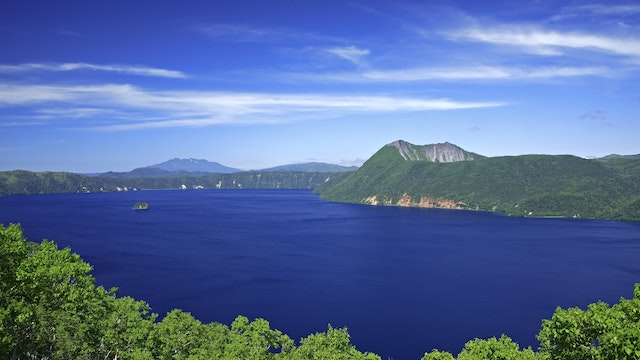 Considered by many to be Japan's most beautiful lake, Mashū-ko once held the world record for water clarity. The island in the middle was known by the Ainu as the Isle of the Gods. A road runs along the western rim. You can't get down to lake level, but there are two official viewing points called Viewpoint 1 and Viewpoint 3; there's no parking fee at the latter.