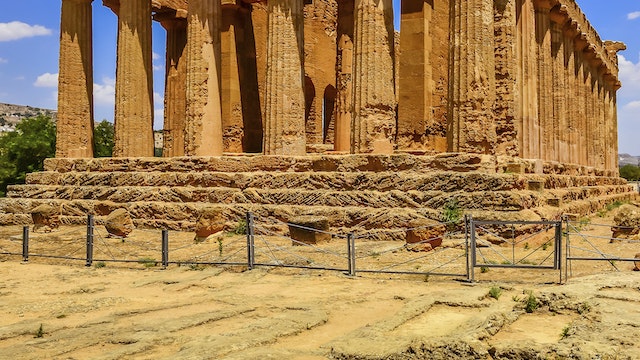 One of the best-preserved ancient Greek temples in existence, the Temple of Concordia has survived almost entirely intact since it was constructed in 430 BC. It was converted into a Christian basilica in the 6th century and the main structure reinforced, giving it a better chance of surviving earthquakes. In 1748 the temple was restored to its original form and given the name it is now known by.

Another reason why it has survived while other temples have not, is that beneath the hard rock on which the temple stands is a layer of soft clay that acts as a kind of natural shock absorber, protecting it from earthquake tremors. Whether the Greek engineers knew this when they built the temple is the subject of debate, but modern scholars tend to think they did.