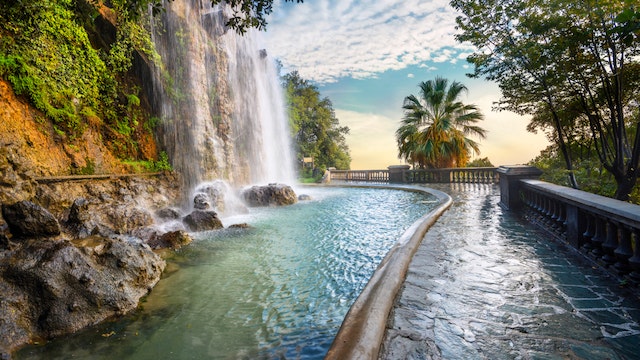 For the best views over Nice’s red-tiled rooftops, climb the winding staircases up to this wooded outcrop on the eastern edge of the old town. It’s been occupied since ancient times; archaeological digs have revealed Celtic and Roman remains, and the site was later occupied by a medieval castle that was razed by Louis XIV in 1706 (only the 16th-century Tour Bellanda remains). There are various entrances, including one beside the tower, or you can cheat and ride the free lift.

At the top you’ll find plenty of green space and a wealth of stunning views over the old town, the port and inland to the Provençal hills all the way to the Alps. The shady trees offer welcome respite on a blazing hot day, and there’s also an artificial waterfall built during the 18th century.