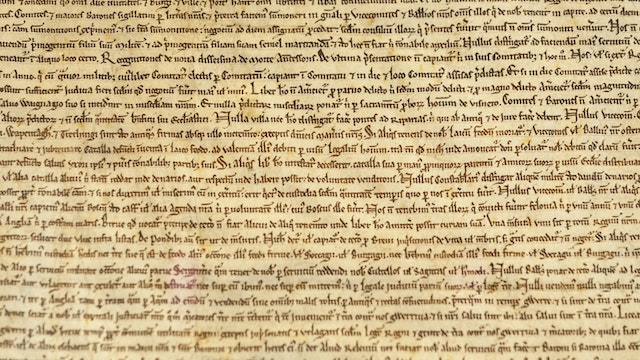 Magna Carta on display in Salisbury Cathedral's Chapter House is one of only four surviving original copies. A historic agreement made in 1215 between King John and his barons, it acknowledged the fundamental principle that the monarch was not above the law. It's a still-powerful document, beautifully written in Latin and remarkably well preserved. It's displayed in an interactive exhibit in the 13th century Chapter House. There's also a high-resolution facsimile in the North Transept.