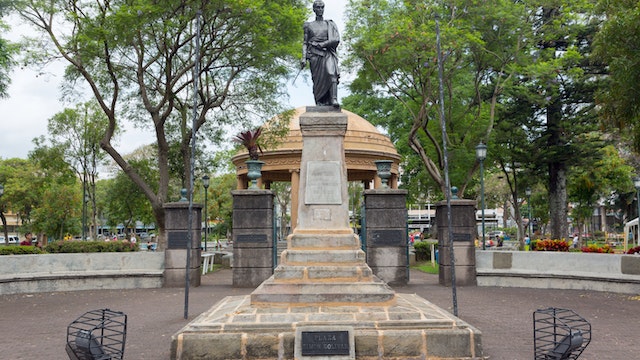 Across the street, to the south, stands the Asamblea Legislativa, which also bears an important statue: this one a depiction of Juan Santamaría – the young man who helped kick the pesky Walker out of Costa Rica – in full flame-throwing action.

A creative walker could easily connect Parque Francia, Parque Nacional, Parque Espana, and Parque Morazán, along Avenida 3, stopping at cafes and bookshops along the way.