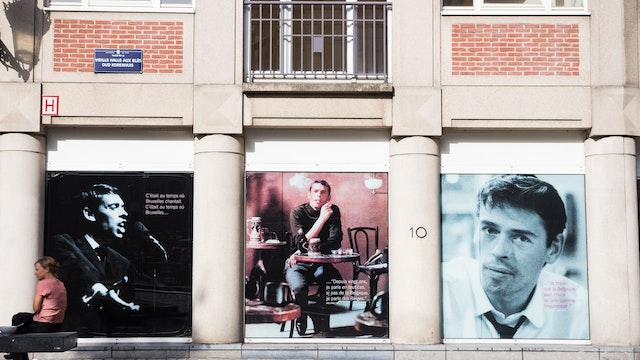 Chansonnier Jacques Brel (1929–78) made his debut in 1952 at a cabaret in his native Belgium and shot to fame in Paris, where he was a contemporary of Édith Piaf and co, though his songs continued to hark back to the bleak ‘flat land’ of his native country. At the time of writing, the museum was being redeveloped, with the audio walking tour still available.

This dedicated archive centre, set up by his daughter, contains more than 100 hours of footage and another 100 of audio recordings, plus thousands of photographs and articles.