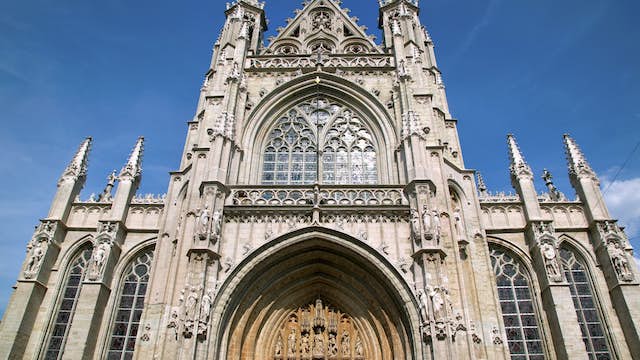 The Sablon’s large, flamboyantly Gothic church started life as the 1304 archers’ guild chapel. A century later it had to be massively enlarged to cope with droves of pilgrims attracted by the supposed healing powers of its Madonna statue. The statue was procured in 1348 by means of an audacious theft from an Antwerp church – apparently by a vision-motivated husband-and-wife team in a rowing boat. It has long since gone, but a boat behind the pulpit commemorates the curious affair.