Setting off from a dock in la Bahía de La Paz, the capital of Baja California Sur, the boat slows as the first whale shark of the day comes into view. Before picking up speed again, the true rarity appears, a humpback whale. 'Welcome to the Sea of Cortez,' said Javier Olachea, a wildlife guide of 25 years for The Cortez Club, an eco-tour operator.

Baja California Sur is one of the last remaining destinations for close encounters with oceanic wildlife as well as one of the easiest points of access to the animals. The Mexican government and adventure travel operators are acting to preserve animals that live within the Sea of Cortez. Marine biologists are present for research and conservation efforts, but in an attempt to learn from unchecked travel destinations, the scientists have entered the tourism industry of the ecologically-fragile peninsula.

Nonprofits and organizations including the Whale Shark Research Project and Tortugueros Las Playitas aim to conserve and instruct on the impact of climate change on wildlife. Regional biologists hope to win over travelers' concern for preserving the species through research and interactions with intelligent wildlife.

In addition to research, Mexico's government has also enacted restrictions to prevent over tourism. For example, Isla Espiritu Santo, as well as the waters in which whale sharks feed near el mogote, a protective sand barrier to La Paz, are protected under CONANP, The National Commission of Natural Protected Areas, and PROFEPA, The Federal Attorney for Environmental Protection. To provide safe parameters for the animals, agency guidelines outline how many boats can be in the area, how many people can be in the water and how long guests can linger.

Fees charged by tour companies include a 'permission to enter fee' required by both organizations. These funds ensure the habitat and animals are protected by enabling continued patrol and preservation of the area. In addition to a percentage of the fees, both agencies are granted a government budget, which alleviates pressure to make money from fines.

How to Sustainably Experience Wild Animals

The Sea of Cortez is known by divers worldwide as 'the world's largest aquarium,' thanks to Jacques Cousteau. Close encounters are best had in the water – diving  or snorkeling alongside the animals; however, environmentally-conscious travelers can also learn about the animals through the extensive Whale Museum in La Paz or participate in research trips.

As adventure and environmental tourism grow, ensuring a tour is reputable becomes increasingly important. An increase in the number of tourists near the wildlife and tour operators using faulty practices can impart lasting effects. If groups of travelers plague a wildlife habitat, the animals may be forced to relocate, feeding grounds may be depleted or habitats may be destroyed. There are, however, steps travelers can take to ensure the trip's experiences will be sustainable.

Check the website of the destination's government tourism board. Many websites list a number of tours and operators that the local government endorses, which signals that the company is compliant with best practices. For example, Go La Paz and Loreto list credible companies that have attended an annual PROFEPA class and certification test.

Where and When to View Sea Life

Sea turtles, manta rays and dolphins glide through the bay of La Paz. According to Olachea, even orca whales pass through the waters on occasion. On the brink of extinction, visitors can learn about vaquitas – tiny porpoises – and the attempts to save the fragile animals at the Whale Museum.

Though the Sea of Cortez houses 35 percent of the world's marine mammals, two species in particular draw attention: sea lions and whale sharks. Both are endangered; however, whale sharks are more widely threatened in the Sea of Cortez. Thirty-six kilometers from the city, colonies of sea lions have laid claim to the cliffs and caves of Isla Espiritu Santo where they enjoy natural protection to near overpopulation.

Adolescent whale sharks, which usually measure between five and eight meters, remain close to shore in order to feed and grow. To ensure animal safety and contentment, tour boat captains are required to radio-in to gain permission to enter the whale sharks' feeding grounds near el mogote.

Occasionally a surprising sighting occurs along the commute to Isla Espiritu Santo at a rocky island. The blue-footed booby, which only resides in the Galápagos and in rarity, along the coast of Baja California Sur, can be easily spotted by boat. To see all three kinds of animals, visit between October and March.

Two hours north of La Paz, Magdalena Bay is home to approximately 400 gray whales. The bay is protected by Isla Santa Margarita and Isla Magdalena, which provides a serene setting for the mammals. Returning annually to mate and give birth, winter months including December, January and February are best for sightings. Eco-tour companies like La Choya, based in La Paz, are led by knowledgeable marine biologists, who can identify newborns, young calves, females and males.

Farther north in Loreto, travelers can find blue whales and humpback whales, which arrive between January and March. Larger than gray whales, humpbacks experience a more fertile feeding ground off the coast of Loreto. The largest animals in the world, blue whales, also prefer Loreto's waters for the space it affords. This allows the massive creatures to easily swim, feed and mate.

Tips for when you go

Visit during February. This month is a centripetal point during which many of the most exciting species surface. Fly internationally to Los Cabos or domestically to La Paz. Airport transfers can often be arranged in conjunction with tour operators. For those arriving by boat, resorts such as Costa Baja Resort & Spa have a marina on location.

Structured to accommodate an influx of guests, there are a number of ways to contribute to ongoing conservation efforts in La Paz. Book a tour at The Cortez Club for an adventurous swim with the creatures. Baja Expeditions offers multi-day trips with alternative activities to view wildlife like kayaking and camping on Isla Espiritu Santo. For the scientifically-inclined Red Travel Mexico offers opportunities to assist with animal research. 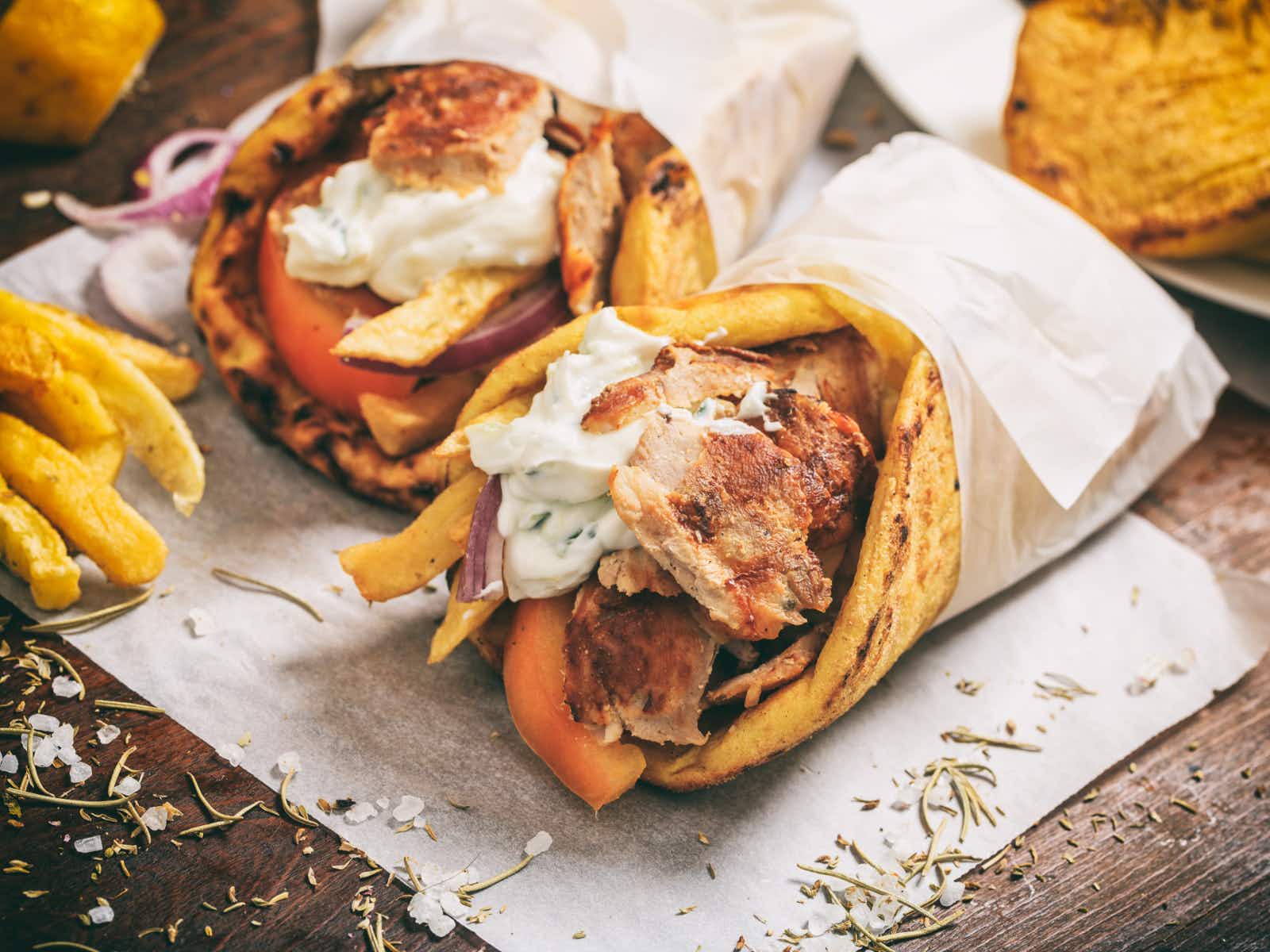 Beyond souvlaki: top spots for street food in Athens