The rain has finally let up, though storm clouds still straddle the rolling green nothingness to the north. In front, sheer stone brickwork drops to a lone sycamore tree, then rises again up another slope.

Slowly, you pick your way down, and back up, down and back up again. Miles pass, a bird swoops through your vision, another shower drenches you then moves off, and suddenly the lines of a giant Roman fort spread out to your right. This is a typical day on the coast-to-coast walk across England following Hadrian’s Wall.

The history of Hadrian's Wall

Built by some 15,000 Roman soldiers following the eponymous emperor’s visit to Britain in 122AD, Hadrian’s Wall served as the northern frontier of the Roman empire for 300 years. The original wall was 80 Roman miles (73 modern miles) long, with 80 matching milecastles (small forts) and half-a-dozen giant forts that served as armed cities.

In 1987, Hadrian’s Wall was listed as a Unesco World Heritage Site, though even with such a high-profile status much of the archaeology around the wall remains unexcavated. The 84-mile-long (134km) Hadrian’s Wall National Trail is a delightful hike across some of the most beautiful wild scenery in England and through some of its most fascinating ancient history.

The typical route goes east-to-west, following the direction in which Hadrian's Wall was built. This offers the added thrill of finishing in Bowness-on-Solway for a meal and drink at the King’s Arms, the traditional end point, where pilgrims can be found sharing walking stories almost every evening.

However, our recommendation is to walk west-to-east for more favourable weather conditions: wind/rain at your back and afternoon sun behind you instead of in your eyes.

We've broken the walk up into sections based on geography, the major sights along the way and useful overnight stopping points with good sleeping options (one of the joys of this hike is that you can stay in comfortable accommodation every night if you so choose – no camping needed).

Most walkers complete Hadrian’s Wall in 5–10 days; an additional day is needed to make a full coast-to-coast walk to South Shields. Going at a slightly slower pace allows time to take in the incredible wealth of sightseeing along this trek. This itinerary assumes a leisurely pace of 6–15 miles per day (some days, distances are shorter due to hillier terrain).

The path is well-signposted with the National Trail acorn symbol. While it is very difficult to get lost, much of the walk covers wild land and wilderness, so a good map, compass and guidebook are important. Cicerone describes the route west-to-east in excellent detail, or get British Ordnance Survey (OS) map numbers 315, 316 and OL43.

The National Trail Hadrian’s Wall Passport is a bit of fun: order the booklet online and collect stamps at seven stamping stations along the way to earn an achiever’s certificate.

The Cumbrian section of Hadrian’s Wall climbs from the small town of Bowness-on-Solway on the flat firth of the same name into hilly greenery that seems out of a picture book of English countryside. An overnight in the city of Carlisle offers one last gasp of urbanism (head to bohemian Open Mind Cafe for a nice selection of local beers, wines and tapas). Archaeological remains of the wall through this section are sparse, with the vallum – a huge ditch the Romans dug beside the wall – starting to reveal itself only after Carlisle, and even then glimpses are fleeting.

Both the most difficult and the most stunningly beautiful part of the entire walk, the Crags are a series of dolerite cliffs: a geological phenomenon known as Whin Sill. Roman planners exploited this natural boundary, building the wall along its north-facing cliff edge.

Halfway along this craggy section is perhaps the most famous Roman fort in Britain: Housesteads, once home to 800 Roman soldiers. You also pass the perfectly placed lone tree at Sycamore Gap – a low point between two crags – which was made famous in the 1991 film Robin Hood: Prince of Thieves.

After the Crags, the path evens off into a long march through the grassy wilds of Northumberland before arriving at Brocolitia fort (be sure to nip in to the Temple of Mithras to place an offering to the Roman sun god). Cresting a hill, you descend into the village of Chollerford, where you get your first glimpse of the River Tyne, which becomes a pathmarker for most of the rest of the trek into Newcastle.

The walk out of Newcastle-upon-Tyne to the seaside town of South Shields takes in mostly urban sprawl. The fort at Segedunum, 3.5mi east of Newcastle centre, represents the final (or first, depending on which way you’re going) fort along the official Hadrian's Wall National Path. Completists will want to venture farther east to reach the coast. Beyond Segedunum, you’ll take the only non-foot-based transport of the journey, the seven-minute Shields Ferry across the Tyne. Then it’s a short stroll up the high street to the sandy arc of Sandhaven Beach and the cool waters of the North Sea to soothe your feet upon finishing.

Pick up snacks at Newcastle’s Victorian Grainger Market before heading off for a celebratory beach picnic.

This part of England has some truly outstanding pubs, so you're never short of somewhere for a hearty meal: lamb roasts, locally caught fish and steak-and-ale pies are some of the highlights. In addition to giant breakfasts, most sleeping options can organise packed lunches for walkers.

There are few dedicated picnic spots along the route apart from at the big forts, so lunch tends to be a wild affair with sweeping views. Just remember to never sit on (or otherwise touch or harm) the wall or its milecastles, and to pack out all rubbish.

What to wear and pack

One word: waterproofs. You will walk through rain – probably heavy, soaking rain – at some point. Huge trekking boots aren’t necessary but can be helpful in wet conditions. A blister kit in case of the worst is also a must.

Luggage transfer services such as Hadrian’s Haul collect your bags each morning and deliver them to your next night’s accommodation for around £7 per bag, per day, meaning you can walk light with just a daypack.

Getting there and away

Carlisle and Newcastle have train connections to the rest of the UK. Buses connect Carlisle to Bowness-on-Solway, or a taxi (necessary on Sundays) costs £30. The AD122 bus (named for the year Hadrian visited Britain) runs Easter through September connecting Birdoswald Roman Fort to Hexham, with stops at major sights and towns, including Vinolanda Roman Fort & Museum, Once Brewed and Housesteads. 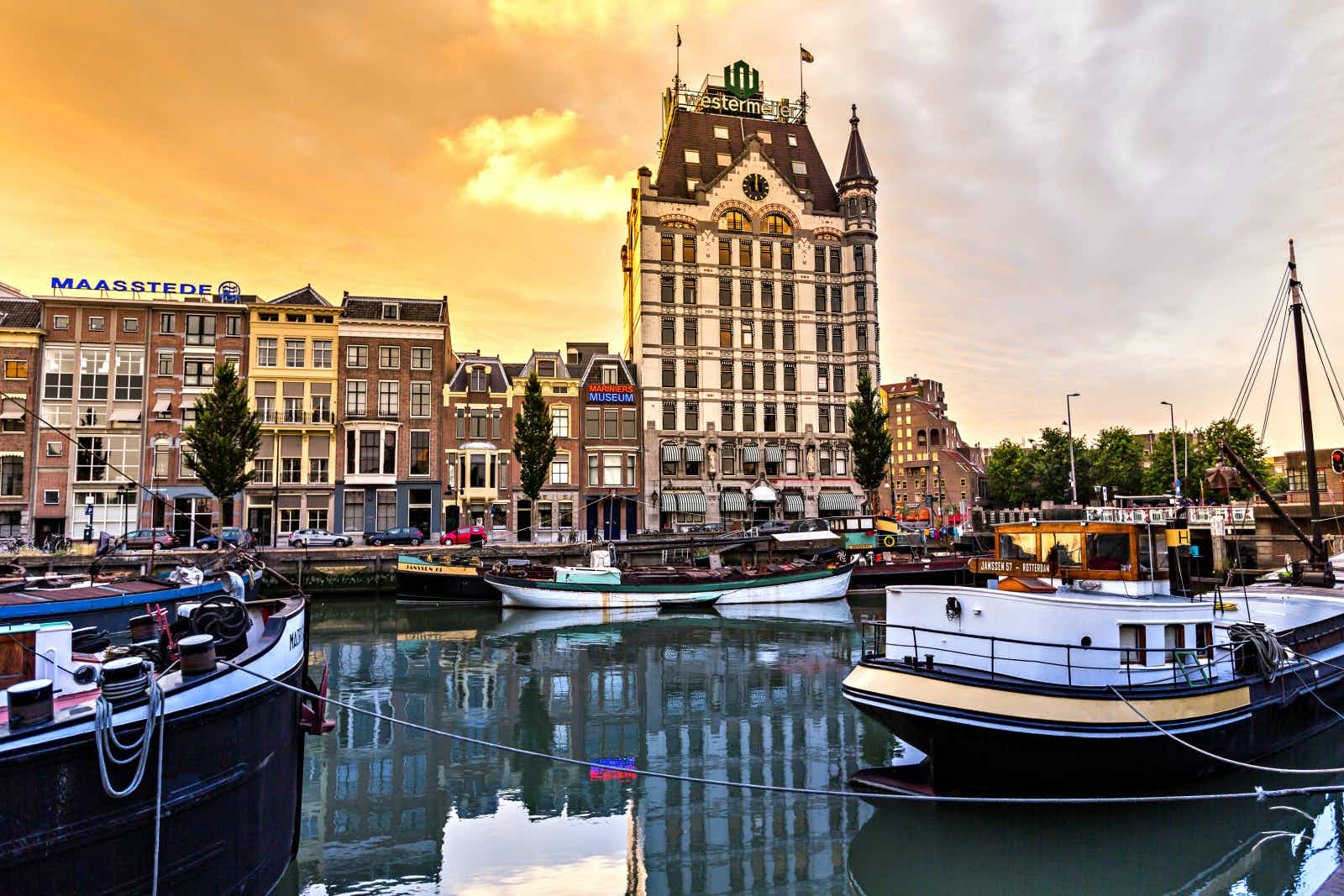 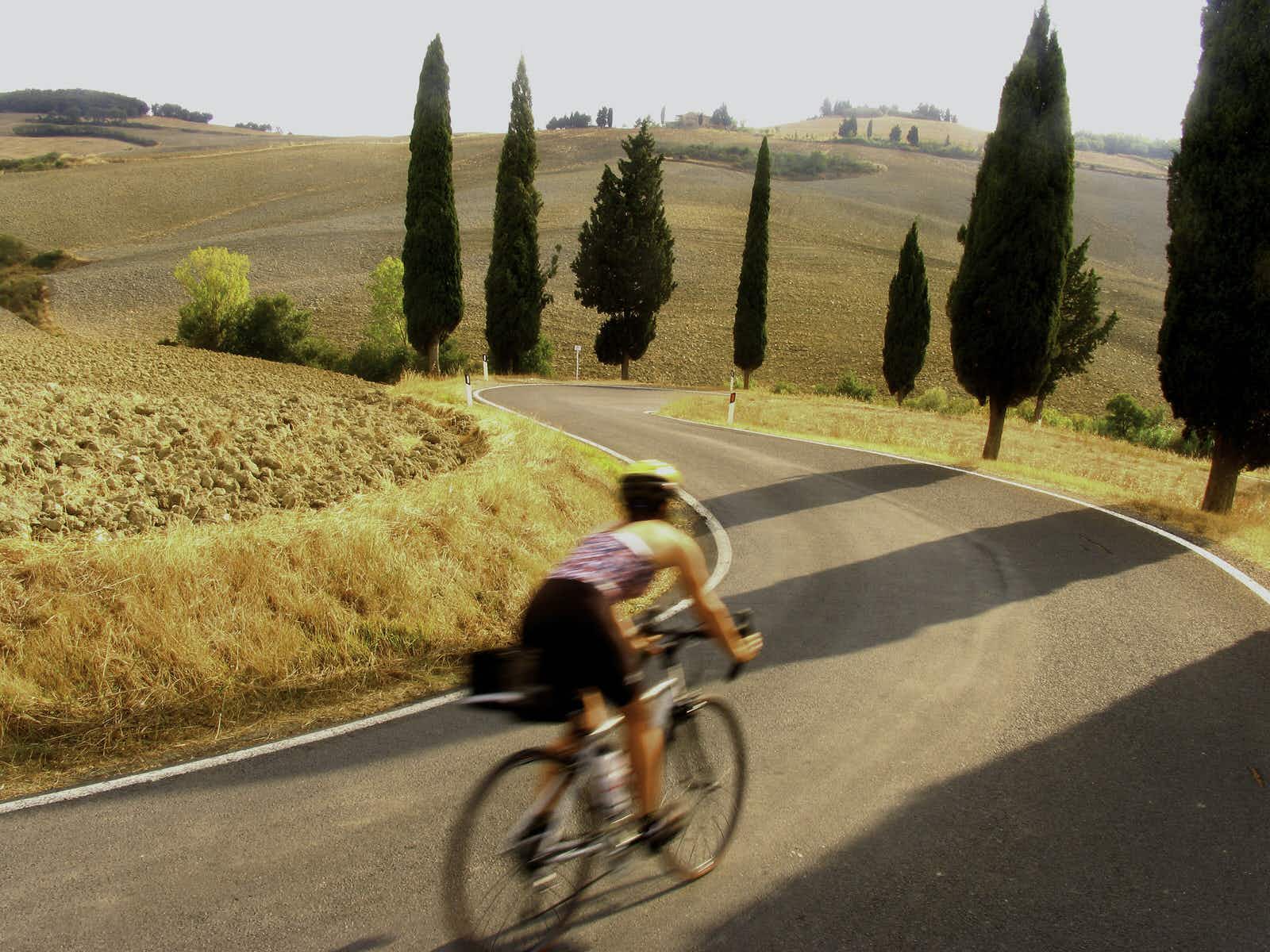 Wine, wilderness and white-water: exploring the adventurous side of Tuscany…