Like many Rust Belt revival towns, Cincinnati is brimming with foodie-approved restaurants, shiny new arts venues and jazzy cocktail dens. But how many other cities have added a mushroom house, a singing bridge and an eye-popping neon treasure trove to the mix? Cincy goes beyond the norm, if you know where to look.

There's nowhere in the world to feast your eyes on this much neon outside of Vegas, so take advantage of the American Sign Museum. A giant genie beckons you into an old parachute factory, which is chock full of flashing beacons that will sear your eyeballs. Vintage motel marquees, the Frisch’s Big Boy and Charo's Vegas billboard ('The Can-Can goes Cuchi Cuchi') are among the cache of nostalgic novelties. Not all of the signs light up, but enough do to result in a nearly $4000 per month electric bill. It all makes for a glowing trip into the past.

Though plenty of cities claim a spot in the beer big leagues, Cincy has some impressive history to back it up. According to 1893 records, residents here guzzled 40 gallons of suds per person annually – 2.5 times the national average. And most of it was brewed in town. The new Brewing Heritage Trail has the lowdown. Take a free, self-guided tour past vintage brewhouses and historic saloons in the beery Over-the-Rhine neighborhood, and sample a sip at Rhinegeist Brewery or Christian Moerlein Brewing Co. Or join American Legacy Tours for a guided jaunt that delves into the labyrinth of vaulted, century-old lagering cellars hidden beneath the streets.

Art deco takes pride of place in Cincinnati, with Union Terminal rising up as the local masterpiece. Recognize it? Those who know their DC Comics do. It's the model for the Hall of Justice. While you won't see Superman or Wonder Woman hanging out inside, you will find enormous mosaic murals, plus several museums and the occasional Amtrak train.

Next to downtown, Over-the-Rhine (home to the aforementioned beer trail) comprises one of the largest historic districts in the nation, with acres of elegant Italianate, Greek Revival and Queen Anne buildings. A sojourn here initially feels like a time-warp to the mid 19th century – until you realize the structures now hold slick fried chicken taverns, gourmet hot dog pubs and other booming modern establishments.

Finally, you can't leave town without gaping at the Mushroom House (3331 Erie Ave). Architecture professor Terry Brown built the round, wood-shingled abode with his students. It does indeed resemble a fungus and stands way out from the A-frame bungalows surrounding it. Alas, you can't go inside as it's a private residence.

Murals that do good

Over the past 20 years, striking murals have popped up on Cincinnati streets that tip their hat to local history and culture. There's 'Martha, the Last Passenger Pigeon' (15 E 8th St); she died in the Cincinnati Zoo in 1914. 'Armstrong' (511 Walnut St) pays homage to astronaut Neil Armstrong, an Ohio native, in a wild-colored mega piece across from the Contemporary Arts Center. And 'Mr Dynamite' (1437 Main St) depicts a crooning James Brown, who spent his formative years on the Cincinnati-based King Records label.

The nonprofit group Artworks painted these and 100 other murals citywide, with at-risk youth serving as apprentice artists. The organization provides a map for DIY exploration, as well as 90-minute walking tours that take in 10 to 12 murals and tell their tales.

Readers raising their brows at the idea of Cincinnati as boundary-pushing in the arts, bear with us. Yes, in 1990 local prosecutors charged the city's Contemporary Arts Center with obscenity for  hosting a Robert Mapplethorpe exhibit that included images of nudity and gay S&M culture. The museum was eventually found not guilty, but not before the town was branded the fogiest of fogies.

The city has come a long way since then. The Contemporary Arts Center is now housed in a knockout building designed by Zaha Hadid that's become a downtown hot spot. The museum's free exhibitions – say, a retrospective of fanciful paper cutouts by street artist Swoon, or the surreal multimedia sculptures of Chris Larson – draw crowds young and old. The art continues next door at Hotel 21c, where the lobby is a public gallery of modern works, from titillating to mind-blowing. Anyone can saunter in and have a look.

Cincinnati was a primary destination on the Underground Railroad, thanks to the city's location just a stone's throw across the river from the slave state of Kentucky. The National Underground Railroad Freedom Center displays artifacts from the era, such as a shackle-filled pen that once held slaves bound for auction. The museum also covers modern struggles for civil rights. The Rosa Parks virtual reality exhibit shows how it’s done: visitors don a headset and goggles, then sit on a "bus" to stand in Parks’ shoes when she refused to give up her seat.

Many prominent abolitionists lived in Cincinnati during the Railroad's heyday, including Harriet Beecher Stowe, the author of Uncle Tom's Cabin, a novel many credit with kick-starting the Civil War. The 1833 house where she lived and helped lead the abolitionist movement is open for tours.

While Cincinnati may not have the most bridges of any city, it sure has some of the grooviest. Take the Purple People Bridge. Painted a hue that would make Prince proud and allowing only foot and bicycle traffic, it unfurls terrific views of the skyline and behemoth barges chugging through the Ohio River. The nearby Roebling Suspension Bridge might look more familiar: it's the prototype for New York's Brooklyn Bridge. Engineer John Roebling tested his concept here. Today the Romanesque arches and draped cables have made the spanner an Instagram star. What's more, the bridge "sings" when cars drive over its grates. Stroll across via the pedestrian lanes and you'll hear it loud and clear. 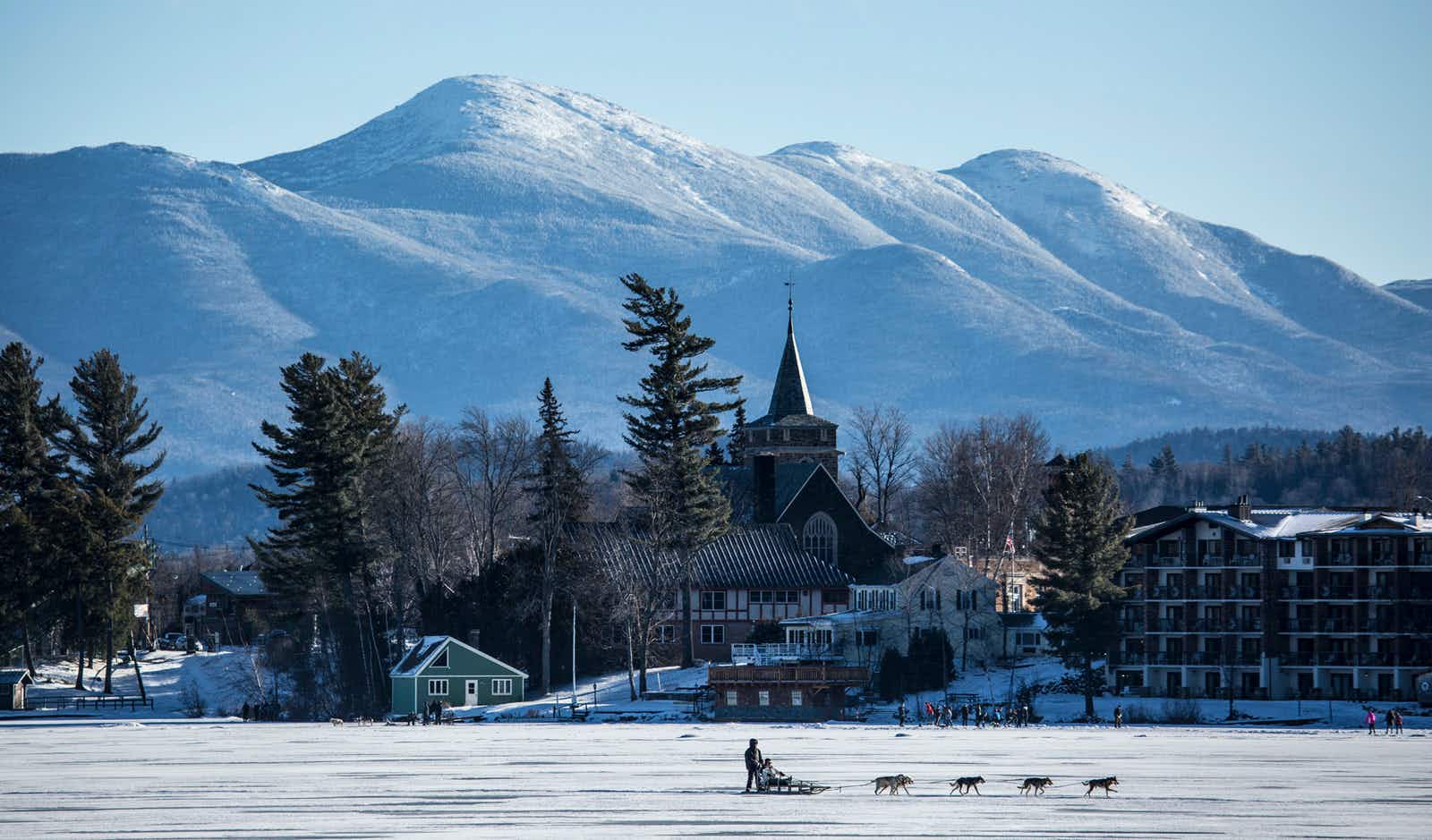 Dig into the chilly charms of Lake Placid in the… 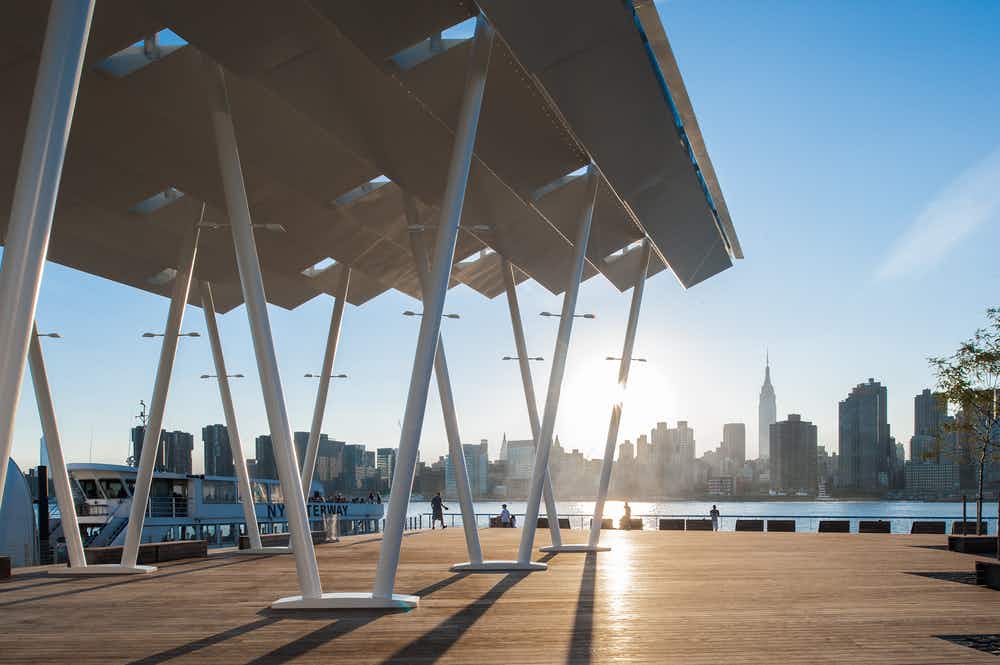