Lawyers and legislators keep Richmond buttoned up on weekdays. But on weekends? Downtown transforms into an urban adventure zone, especially along the James River: paddlers crash through Class III and IV rapids, mountain bikers rip down single tracks and climbers scramble across boulders, abandoned bridges and fallen oaks. Post-workout, everyone hits the Richmond Beer Trail. Get moving and join the crowd with our guide to the city's best active adventures.

Island time in the middle of the city

A graceful pedestrian walkway, suspended beneath the busy Lee Bridge, carries joggers, mountain bikers and rock hoppers from Tredegar Street to Belle Isle, a woodsy 50-acre island with views of the downtown skyline. Flat, low-lying boulders hug the island’s north shore, a prime spot for sunbathing, picnicking and watching kayakers bounce through the wild and dangerous Hollywood Rapids. The historic Hollywood Cemetery, the namesake for the rapids, overlooks the scene from the north bank of the river.

Open to hikers and cyclists, an easy one-mile trail loops around the island. This level path kicks off at the site of a Civil War POW camp – now a meadow – then rolls along the island’s north-shore rocks. The island also houses a bike skills course, revamped in 2016, that makes for a fun training ground for newbies. Tackle dirt ramps, wooden ramps, boardwalks, rollers and walls.

You can yell like Tarzan on a guided tree-climbing tour with Riverside Outfitters. Once you’re clipped in, you’ll climb 40ft up the trunk of a towering oak. From here, make your way across its mighty branches and push into a leafy canopy, where ziplines and rope bridges await.

Free parking to access Belle Isle is available near the pedestrian bridge, just west of the American Civil War Museum at Historic Tredegar. Founded in 1837, Tredegar was an iron works production facility that churned out Confederate cannons and warship plating during the Civil War.

Adventures along the James River

Within the park, you'll find more than 12 miles of mountain biking trails. Skilled mountain bikers should head for the Buttermilk and North Bank Trails. Running parallel to each other on the north and south banks of the river, these two paths can be linked to form a 6-mile loop by crossing the Boulevard Bridge and the Lee Bridge (via the Belle Isle footbridge). One historic note about the Buttermilk Trail: in the 1800s farmers stashed their milk cans in the cold spring waters beside the trail before taking them to market. Visit www.rvamore.org for maps, routes and difficulty ratings.

Rock climbers practice their skills on the 60ft-high Manchester climbing wall – an abandoned granite train trestle and three nearby pillars – near the Manchester Bridge. You’ll find 43 routes with difficulty levels ranging from 5.4 to 5.11a.

It’s easy to imagine a bustling 19th-century trade and commercial district as you stroll the 1.25-mile riverfront Canal Walk, which meanders along the north bank of the river between 5th  and 17th Streets and across Brown’s Island. Built in the 1800s, the historic canals and locks here boosted commerce along the river by allowing cargo-carrying boats to bypass the falls. Look for eye-catching street art at the eastern end of the walk.

Brown’s Island can be reached from the south shore of the river by crossing the city’s new outdoor hotspot: the T. Tyler Potterfield Memorial Bridge. Open to pedestrians and cyclists, this 1/3 mile-long span serves up views of downtown to the north. To the south, you might catch a glimpse of rock climbers.

In mid-May, about 100,000 outdoor adventurers and music fans converge on Brown’s Island for the three-day Dominion Energy Riverrock Festival. Sign up for a mud run, an adventure race or a 10K trail run, then rock out to bluegrass, roots and folk bands afterwards. You can also standup paddle with your pup and or learn bouldering and slacklining.

The Canal Walk and Brown’s Island are within walking distance of the Belle Isle parking lot and Historic Tredegar.

On the water, from raging rapids to funday floats

Richmond is the only metropolitan area in the US with Class III and IV rapids crashing past downtown. You can find yourself on the water, paddle in hand, with only a 10-minute drive from your downtown hotel.

The best time to run the rapids? Between April and mid to late June, when spring rains keep water levels high. For big waves, book a Lower River trip. These typically push off below the Boulevard Bridge, then run the wild rapids passing Belle Isle. For family-friendly rapids and wildlife spotting, choose a float down the Upper River. Many companies offer 'Falls of the James' trips, which run both sections of the river for a full-day adventure.

Do-it-yourselfers can rent kayaks and inner tubes, then push off for an easy ride from Pony Pasture on the north side of the river, west of the Lee Bridge, and end 3.5 miles later at James River Park’s Reedy Creek headquarters on the south side (4001 Riverside Dr). Getting out further east at Belle Isle or Brown’s Island is also an option. Check to ensure water levels are safe before setting off. Visit www.jamesriverpark.org for river conditions, outfitters and river access points.

Pedal along the Virginia Capital Trail

Fancy a pedal back in time? Then hop on your bike and take a ride down the Virginia Capital Trail. Completed in 2015, this paved bike and pedestrian path stretches 52-miles between Richmond and Jamestown, much of it beside the James River, and runs past many historical sights.

The Richmond trailhead borders the Canal Walk at Great Shiplock Park (Park & Dock Sts). Historic markers along the trail share details about the region’s past. If you don’t like backtracking, return to Richmond on a Cap Trail Bike Shuttle.

For an après-adventure beer, take your pick of breweries along the Richmond Beer Trail. Established in 2017, this ever-growing trail supports more than 30 craft breweries.

Settle in on the patio at Legend Brewing, a longtime local favorite known for its brown ale, for an excellent downtown view. Or head to the emerging Scott’s Addition neighborhood to visit newcomer Väsen Brewing. The snazzy caribou mural in the taproom sets a wild mood, while the brewery’s outdoor ambassadors espouse local adventuring and great craft beers. After a day on the river, who can say no to that? 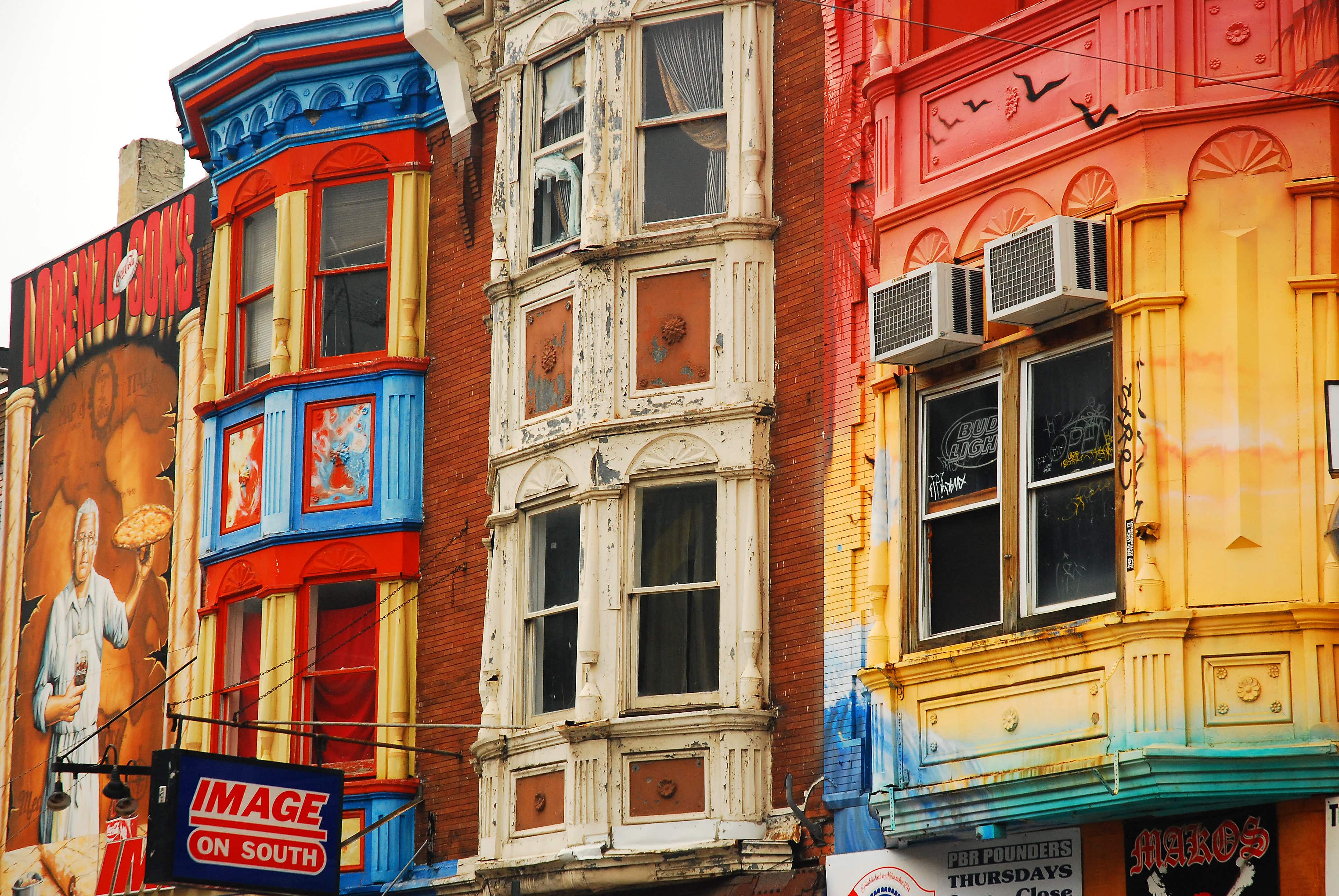 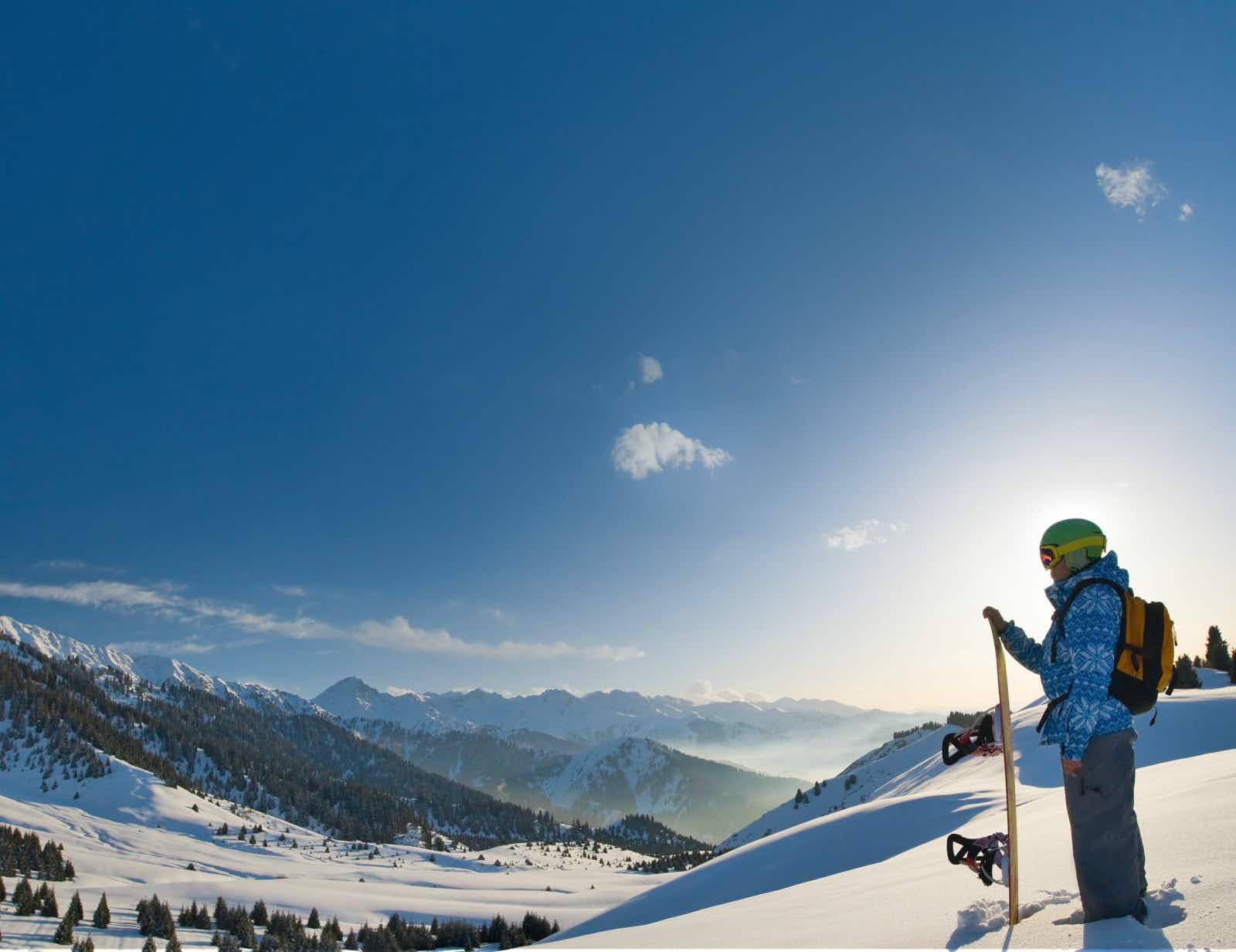 Skiing in Switzerland: how to pick the perfect slope