Many of the merchants, artisans, porters and local shoppers who spend their days in Istanbul Old City’s world-famous bazaars are committed chowhounds. Having taste-tested their way through the district, they are the best possible guides when it comes to identifying the district’s freshest, fastest and most delicious food.

Scorning foodie fads and embracing cheap eats, these champions of traditional Turkish cuisine can often be found queuing at the following favourites.

Ask any shopkeeper in the Grand Bazaar about who makes the best döner kebap in the immediate area and the answer is likely to be the same: ‘Şahin Usta of course!’. Mr Şahin’s version at Dönerci Şahin Usta features succulent shavings of lamb that are stuffed into bread with onion and tomato and then topped with a generous shake of sumac. It’s undeniably delicious and makes for a cheap and tasty lunch. You’ll find his hole-in-the-wall takeaway stand in a narrow street on the bazaar’s eastern edge, behind the Nuruosmaniye Mosque.

After a morning spent weaving through crowds of tourists and trading repartee with shopkeepers, some visitors to the Grand Bazaar feel obliged to leave the area for an afternoon lie down. But hardier souls veer off the busy thoroughfare of Yağlıkçılar Caddesi to claim a backstreet table in front of Gazientep Burç Ocakbaşı. This popular ocakbaşı (eatery where customers can watch their kebaps being cooked over coals). The spicy Adana kebap here is perfect belly fuel for those planning to plunge back into the mercantile maelstrom after their meal, and the delectable dolması (eggplant and red peppers stuffed with rice and herbs) are a vegetarian’s delight.

Wash down the Bazaar District's traditional dishes with a shot of apple tea. Image by Image Source / Getty

Chicken worth queuing for

Aynen Dürüm, an ever-busy ocakbaşı next to the Grand Bazaar’s Kılıççılar Kapısı (Kılıççılar Gate), is hugely popular with the currency dealers who ply their noisy trade in the nearby backstreet, so you’ll need to be prepared for a wait before scoring a seat at its communal table. Order a dürüm kebap (grilled meat served wrapped in thin lavaş bread) and then do some DIY doctoring using the lavish array of fragrant herbs, pickled cucumber and grilled green chillies on offer. Regulars’ top pick off the menu is the chicken dürüm kebap.

Finding Pak Pide & Pizza Salonu, a worker’s pideçisi (Turkish pizza parlour), is a real adventure as it’s hidden in a narrow and winding lane behind the historic Büyük Valide Han, a massive 17th-century caravanserai located just north of the Grand Bazaar. The pide chefs here keep the wood-fired oven fully stoked and turn out what might well be the most delicious and cheapest pides in the city. Needless to say, they’re best eaten piping hot.

Istanbul's Spice Bazaar is overflowing with local Turkish delight, but for the real deal you're better off at Küçük Pazar. Image by Reinhard Dirscherl / WaterFrame / Getty

Boxes of jewel-like lokum (Turkish delight) make wonderful gifts to take home, and there are plenty of tourist-oriented shops in and around the Spice Bazaar that will happily supply you with overpriced and artificial-tasting examples of this traditional sweet. Bypass these and instead head a few blocks east to this hugely atmospheric store in the dishevelled Küçük Pazar (Little Bazaar) precinct below the Süleymaniye Mosque. Altan Şekerleme has been producing ultra-fresh lokum and multicoloured akide (hard candy) since 1865 and the keen prices and warm welcome on offer always make the trek worthwhile.

The assembly line of staff assisting the hardworking usta (master chef) at Dürümcü Raif Usta, a cafeteria-style ocakbaşı east of the Grand Bazaar, attests to the excellence and popularity of its Adana and Urfa dürüm kebaps (grilled mincemeat, raw onion and parsley wrapped in lavaş bread). The Adana is spicy, the Urfa isn't – both are top-notch cheap eats. Consider ordering an ayran (frothy drink made with yoghurt and salt) as an accompaniment.

Devotees of offal flock to Kokoreççi Erdinç Usta for a fix of kokoreç – seasoned lamb intestines stuffed with sweetbreads or other unusual bits, seasoned with red pepper and oregano, wrapped around a skewer and then grilled over charcoal. Served in crusty white bread, the kokoreç has a pungent smell and powerful flavour that isn’t for the fainthearted but can be highly addictive. Consider yourself warned.

Butter, sugar, filo pastry and nuts: when combined, these four ingredients magically morph into Turkey’s best-loved dessert. There are plenty of pastry shops claiming to produce İstanbul’s best baklava, but most locals on this side of the Galata Bridge will agree that Develı Baklava deserves the accolade. A small shop in frantically busy Hasırcılar Caddesi on the edge of the Spice Bazaar, it serves classic versions as well as the ultra-indulgent bülbül yuvası (nightingale’s nest), a pastry filled with pistachio and clotted cream. Take away or scoff on the spot.

Sweets such as dondurma (Turkish ice cream) and fırın sütlaç (rice pudding) are tried and tested afternoon energy boosters for the Grand Bazaar’s shopkeepers, but there’s a new treat on offer that’s taking this part of the city by storm – the trileçe. To taste one of these creamy sponge cakes topped with caramel there’s no better option than Bena Dondurmaları, a tiny ice-cream shop in the courtyard of the Atik Ali Paşa Mosque near the Çemberlitaş tram stop. It also sells dondurma and fırın sütlaç to please traditionalists.

Vefa Bozacısı's house speciality is a mucus-coloured drink of sugar and fermented barley. Dare you try it? Image by Virginia Maxwell / Lonely Planet

Local speciality for the brave

Here’s one for risk takers. Opened in 1876, Vefa Bozacısı is a famous bar in an Ottoman-era residential neighbourhood west of the Grand Bazaar has a gorgeous tile-encrusted interior, friendly staff and a house speciality of boza, a viscous, mucus-coloured drink made from water, sugar and fermented barley. Topped with dried chickpeas and a sprinkle of cinnamon, it has a slight lemony tang and a reputation for building up strength and virility. We dare you to try it. 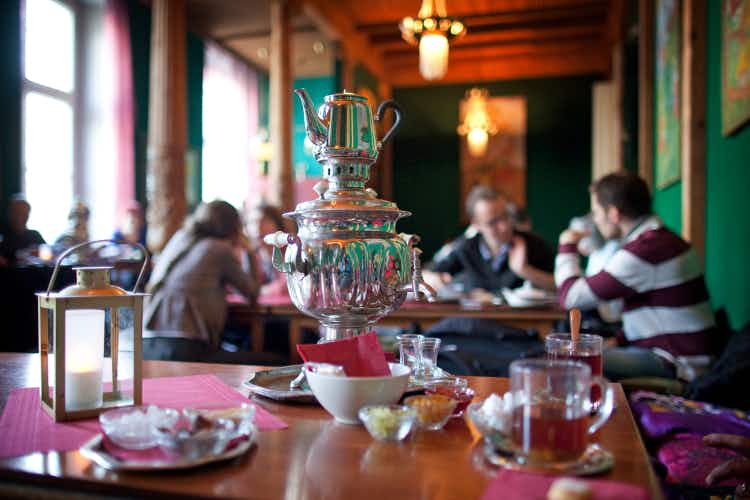 The best of hidden Berlin 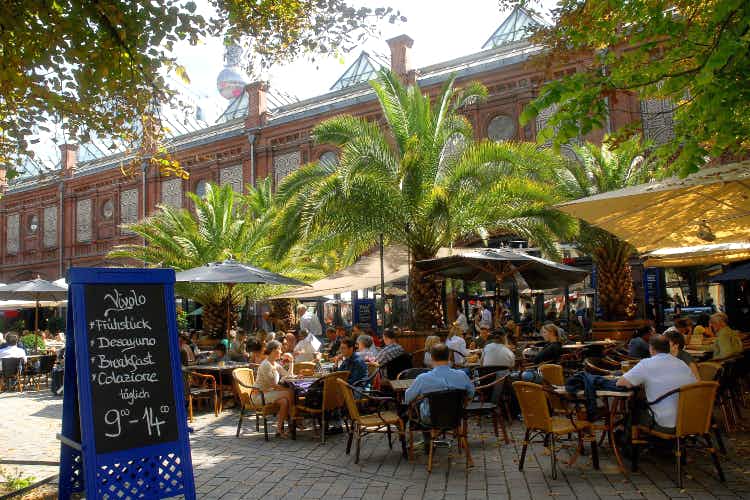 The charms of Berlin's Scheunenviertel