The Dragon's Back and beyond: the best hikes in Hong Kong

You’d be forgiven for thinking that hiking isn’t among the must-try activities in Hong Kong – that the only place you’ll cop an eyeful of green is in Yau Ma Tei’s Jade Market. But a quick look at a map tells a different story: the territory is mostly painted in swathes of emerald and azure, fringed with a little sandy gold, not skyscraper grey. Open spaces – woods, mountains, beaches, wetlands – make up 73% of Hong Kong’s area, and country parks protect 40% of its land. 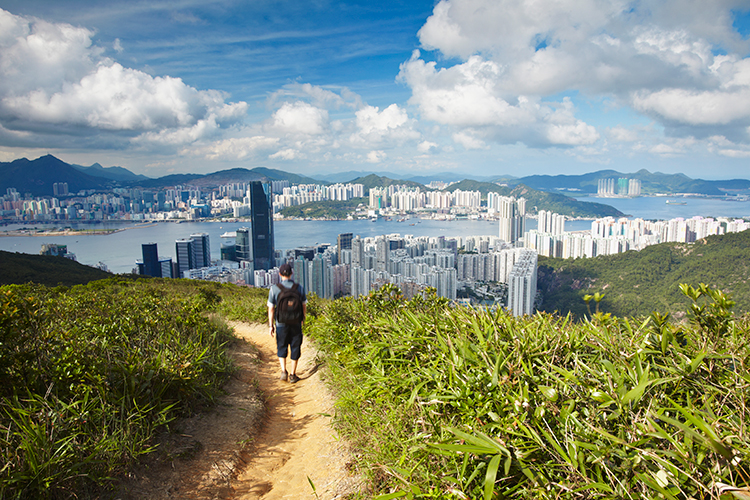 Where there’s a will, there’s a pathway – and Hong Kong has plenty. Four waymarked long-distance trails – the Maclehose, the Wilson, the Lantau and the Hong Kong – add up to almost 300km of tramping, and countless smaller tracks make for a near-endless array of options. What’s more, the city’s efficient transport network means that accessing the trails by train, bus, taxi or boat is cheap, quick and easy.

A hike might reward with panoramic vistas of offshore islands. It could see you soothing your toes on a silk-sand beach, or exploring traditional Hakka villages. You might spot birds and monkeys, water buffalo, even a wild boar, or stumble on a rustic seafood restaurant. So even if your main reasons for visiting Hong Kong are the dim sum and designer shopping, a day – or even a couple of hours – spent on one of these top hikes will reveal a very different side to the city. 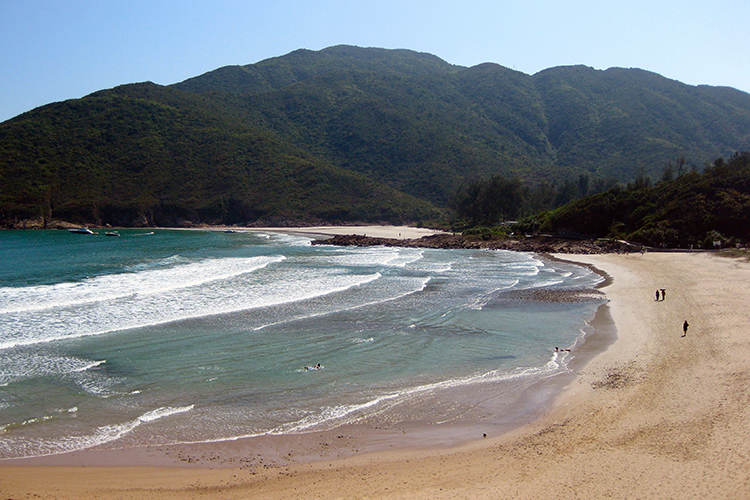 A beach on stage two of the Maclehose Trail by tine stevnhoved. CC BY 2.0.

The Maclehose Trail is Hong Kong’s longest, a 100km route that curls around the rugged Sai Kung Peninsula, then meanders west across the New Territories. You could walk the lot – and the annual Oxfam Trailwalker event (www.oxfamtrailwalker.org.hk) sees thousands do just that, the fastest in under 12 hours – but it’s easy to pick and mix stretches from the 10 numbered sections.

Stage two is among the finest, a full day’s challenge, encompassing a few testing climbs – notably to the top of 314m-high Sai Wan Shan, affording views of beaches, islands and the South China Sea to the east. But it also touches on traditional chair graves, peaceful hamlets and four fine surf-lapped beaches lining Big Wave Bay, particularly Long Ke and Sai Wan. Start from the eastern end of the High Island Reservoir.

Two of the long-distance trails traverse the island – the Wilson and the 50km Hong Kong Trail – and the S-shaped stretch of the latter, through Shek O Country Park along the Dragon’s Back ridge, is arguably the best section from either. This undulating 8.5km-long hike just a hop from bustling Central has been named the world’s best urban walk, and no wonder: the sightseeing platform on 284m-high Shek O peak provides dramatic vistas of coast and offshore islands, while you’ll also pass paragliders hurling themselves off the ridge. Finish at Shek O village or Big Wave Bay for a dip in the cooling blue sea and a slap-up seafood feast. 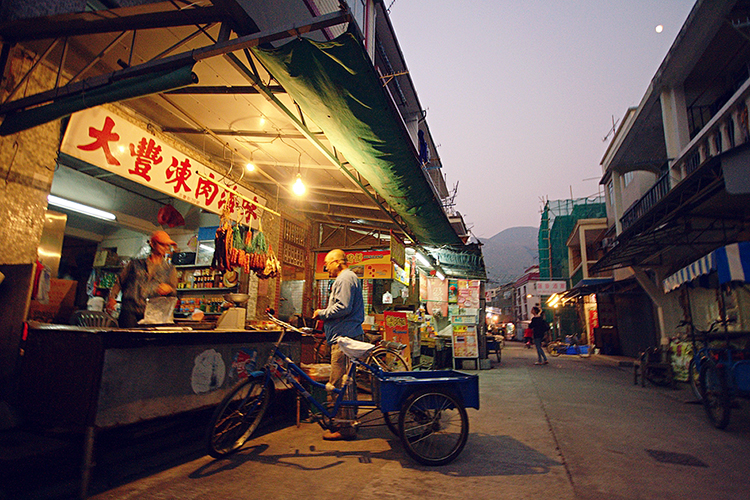 Lantau Island is nearly twice the size of Hong Kong Island, and with its tallest mountain – 934m Fung Wong Shan, or Lantau Peak – soaring double the height of The Peak, it’s ideal terrain for stretching the legs. The 70km-long Lantau Trail loops around the south of the island, visiting the famously huge Tian Tan Buddha at Ngong Ping. Combine stages five and six (Sham Wat Road to Tai O) to create a 10km hike along a line of hills bearing poetic Chinese names, boasting views down into a verdant valley dotted with monasteries. The endpoint, Tai O, still has a whiff of ancient lifestyles (and fish – the town is famed for its shrimp paste), with the traditional stilt houses of fisherfolk lining the waterfront.

The very far north-eastern corner of the New Territories is a world, several centuries and about 50km away from the buzz of the city streets of Kowloon and Hong Kong Island. Lai Chi Wo epitomises this: a village dating back at least 300 years, it was once an affluent Hakka hamlet, known for its lychees. Today it’s mostly deserted, but makes an atmospheric centrepiece for a hike. Approach from Wu Kau Tang on a four-hour circuit, passing more forgotten villages, rice terraces studded with egrets and herons, and delving into the camphor-scented feng shui forest. Watch out for barking deer and boar along the trail. 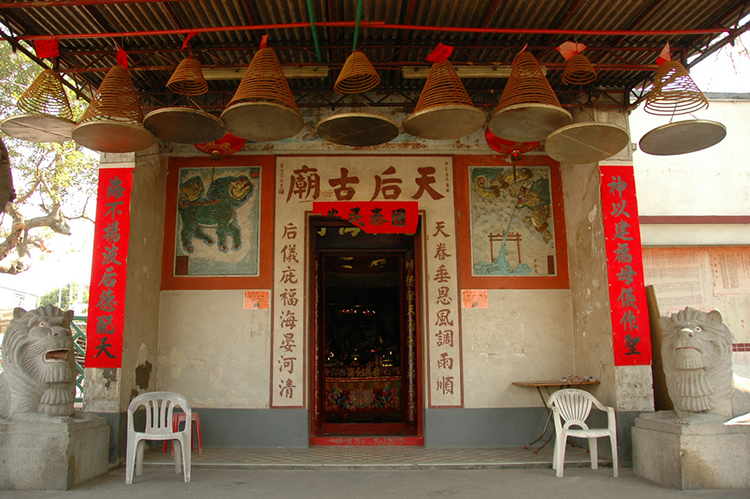 Popular with expats but still a low-key, low-rise island with some appealing small villages, Lamma tempts with peaceful beaches and excellent seafood restaurants. It’s also laced with hiking trails, so it’s easy to stitch together walks of varying lengths. A hearty day’s wander leads from the ferry pier at Yung Shue Wan in the north-west, where a 19th-century Tin Hau temple is worth a look, to Sok Kwu Wan – stop to visit the floating fisherfolk village where traditional angling methods are preserved, and perhaps to sample some of the wares in one of the fine restaurants. Then it’s onwards on a circuit around the island’s serene southern half, along the Ling Kok Shan hiking trail named for a 250m peak, with a pause for a dip at the secluded beach of Tung O Wan.

For a mix of spectacular viewpoints, wildlife and history, sections four and five of the Maclehose (Kei Ling Ha to Tai Po Road) are hard to top. This hefty hike – 23km, or thereabouts, with plenty of ups and downs – is certainly a challenge: you’ve barely started before you’re hauling up Ma On Shan, at 702m one of Hong Kong’s highest points. But it’s worth every drop of sweat, with truly celestial 360° views from the peak spanning most of the territory. You’ll also visit the deserted village of Wong Chuk Yeung, watch out for pesky monkeys, and gasp at the panorama of Kowloon from the top of Lion Rock, teetering right over the northern edge of the city.