The allure and attractions of St Helena

It’s hard to think of an isolated speck of land more synonymous with inaccessibility than St Helena. After all, this seemingly lost island in the middle of the South Atlantic was chosen as the place of Napoleon’s final exile. But there is so much more here for the traveller – hike past soaring crags and through alpine meadows, take to the seas by boat, or explore historic villages, chatting with welcoming Saints (locals) at each passing.

Jamestown and its Georgian houses

Jamestown, the capital of St Helena, is neatly wedged between the Atlantic and the steep sides of a narrow ravine. Founded in 1659 by English colonists, and named after James II while he was still the Duke of York, Jamestown is home to several historic sites and numerous handsome Georgian manses. An informative museum contains artefacts and stories from the island’s long history, including the wooden crates that carted Napoleon's belongings into exile. Behind the museum and past collection of old cannons is Jacob’s Ladder, a lung-busting set of 699 steep steps that precariously climb straight up the ravine to Half Tree Hollow – if not to heaven as their biblical predecessor, then at least to a heavenly view.

Back in town on a less lofty footing is one of many nods to Napoleon – an effigy of him in full regalia stands on the first-floor balcony of the Consulate Hotel, looking out at a blue mansion named after his nemesis, the Duke of Wellington. But, contrary to myth, the duke didn’t reside here during his visits – he passed his time in the now-demolished (Old) Porteous House.

Another site, one that would not look amiss in rural England, is St James’ Church – it’s across a moat and through a gate beneath the restored castle fort.

Half Tree Hollow and the crags above Jamestown

Visitors who climb Jacob’s Ladder past the wheeling and swooping of red-beaked, long-tailed white tropic birds will find themselves in Half Tree Hollow, St Helena’s largest town (for those of lesser stamina, cars and minibuses switchback up the road from Jamestown). No matter how you arrive, the vistas – over precipitous cliffs to the never-ending blues of the South Atlantic, down to Jamestown and inland to green mountains – are spectacular. Above Half Tree Hollow are the long walls and vast rounded keep of High Knoll Fort, which was built as a stronghold against invasion in 1798.

On the opposite side of the ravine to Half Tree Hollow is a trail (found off Napoleon Street in Jamestown) that climbs diagonally up the rock face to Rupert's Bay, passing Munden's Battery and centuries-old cannon emplacements that were built into the cliffs. Behind it, cliffs plunge vertically down to the Atlantic, while in front looms the stark black mass of St Helena's Sugar Loaf, with its huge square hump crowning its summit.

Jonathan and the Plantation House

Set in a wooded valley a couple of miles from Jamestown is Plantation House, a Georgian mansion built in 1791-92. Its most distinguished resident is arguably not the governor, but Jonathan, a Seychelles tortoise who is more than 180 years old. When not snoozing, he moves across the lawn at a glacial pace in search of a meal. Vegetable allotments dot the slopes nearby, and a narrow cove stretches out to the South Atlantic. A side path from the house leads through thick woods and giant bamboo stands to slave graves from the mid-18th century.

Napoleon’s ‘homes’ away from home

Longwood House, Napoleon’s final abode, is a green-shuttered villa in the island’s emerald uplands. While it afforded the former emperor fine views of Flagstaff and The Barn, a conical emerald hill and massive oblong crag respectively, the temperatures here were not kind (it can be 10 degrees Fahrenheit lower than on the coast). Eleven of the rooms, each painted imperial green, contain much of Napoleon’s original furniture, as well busts of him and his wives. Look out for the two holes in the shutters where he is said to have cut openings for his telescope to spy on his guards.

Down a sloping green tunnel of trees not far from Longwood lies Geranium Valley, a peaceful flowery bower. Here, overlooking Devil's Punch Bowl ravine, is where Napoleon was buried in 1821. The tomb had no name due to Anglo-French differences on the wording, and his body was eventually repatriated to Paris for a state funeral 19 years later. Prior to life at Longwood House, Napoleon spent seven weeks at Briars Pavilion, a single-roomed chalet in a valley surrounded by wooded hills. Inside, there's a table and various Napoleonic memorabilia. Longwood and Briars have both been deeded to France, as shown by the French tricolour flying outside each.

The island’s stunning variance in terrain and petite size – just 10 miles long and no more than six miles wide – make it ideal for hiking. The community has created 20 ‘Post Box' walks, some easy, some moderate, some very difficult. They are so named because at the end of each is a post box containing an ink stamp and a visitors’ book.

One near Jamestown leads to the impressive Heart Shaped Waterfall. Others, like Diana’s Peak, take visitors to lofty summits inaccessible by 4WD. Some access popular sights such as Sandy Bay Beach, but via starkly beautiful and treacherously precipitous slopes.

Rounding the ramparts by sea

A cruise round the island is the best way to experience St Helena’s impregnable natural fortifications. From the sea the massive crags are even more forbidding than from land – stark grey, black, sometimes with a scant dusting of green. There’s also no better way to take in the island’s marine life than from a boat. Three different species of dolphin regularly flirt with the surface, as do humpback whales during the austral winter. St Helena’s well preserved coral ecosystems and their accompanying endemic fish species make diving a welcome addition to any oceangoing foray.

Taking to the road by car is a rewarding prospect on St Helena, with the landscape changing at every turn. Wildflowers, coffee plantations (Napoleon did love the brew here), waterfalls, stands of Norfolk pine and Australian eucalyptus, and carpets of New Zealand flax waving in the wind – it is a kaleidoscopic scene on so many levels. Above it all yellow canaries and crimson-bellied red cardinals add flashes of colour.

To the island’s southeast, the road twists precipitously above the brilliant green hill and red roofs of Sandy Bay village, its backdrop a huge green-dusted monolith called Lot and a frozen stormy sea of craggy ridges. Four jagged pinnacles tear at the sky – one of them Lot’s wife. At Sandy Bay Beach, the landscape becomes totally barren, the blue ocean frothing and spraying against dark black volcanic outcrops. The Gates of Chaos, massive crags on the razor sharp ridge above, conjure up a scene worthy of Planet of the Apes. 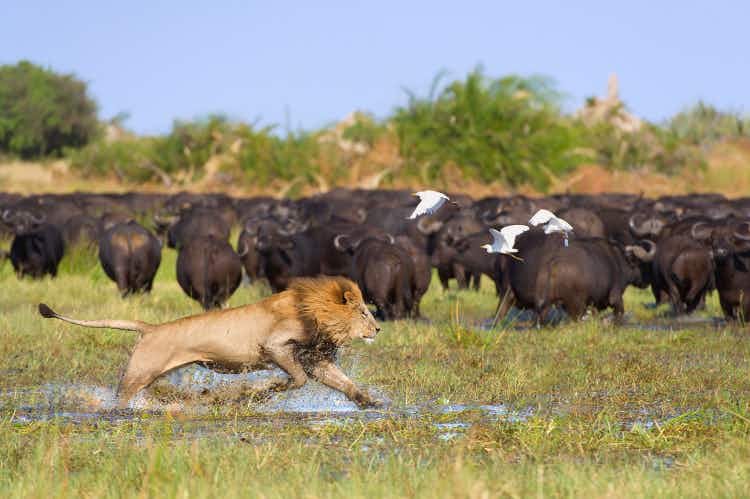 The Okavango: why you need a safari in Botswana's delta… 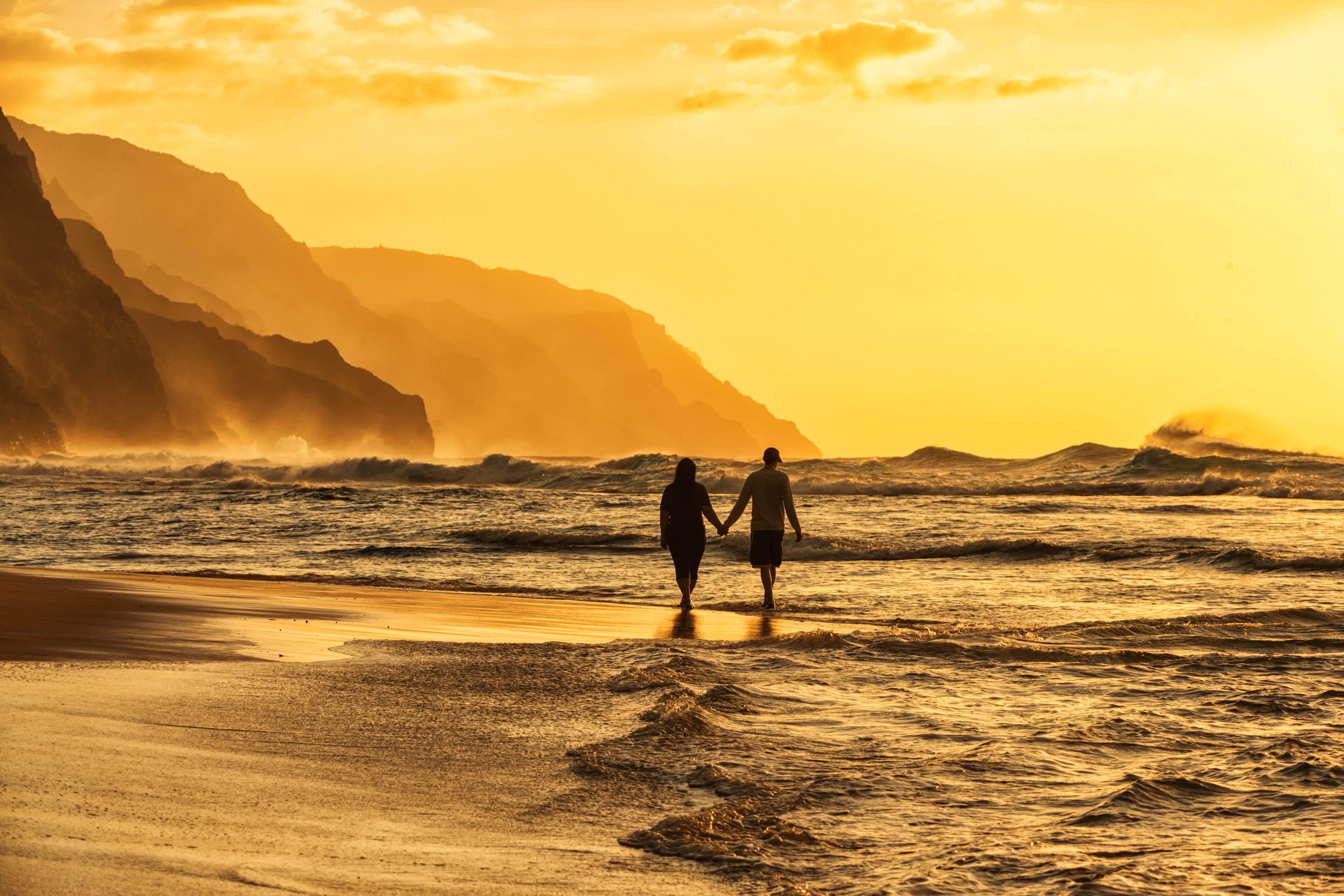 Kauaʻi for honeymooners and romantics