Thailand might close its national parks regularly to protect wildlife 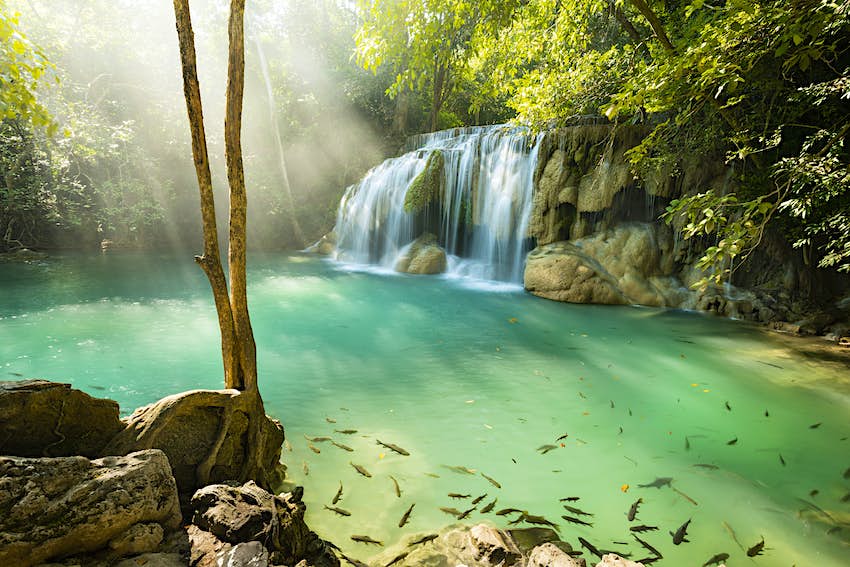 While the human world has been under lockdown during coronavirus, animals have been reclaiming the now-empty spaces, from the canals of Venice to entire towns in Wales. To further protect its wildlife even after the pandemic, Thailand is now planning to close all of its national parks for two to three months every year.

The country’s Department of National Parks, Wildlife and Plant Conservation closed Thailand’s 133 national parks on 25 March to restrict visitors, and more animals have been spotted by the remaining rangers, including fish that haven’t been seen in more than a decade. The parks are still closed and will be so ‘until further notice’, according to the Tourism Authority of Thailand.

About half of Thailand’s national parks are already temporarily closed each year during monsoon season for safety and to allow the environment to recover, and some beaches, such as Maya Bay, made famous by the film The Beach, have been closed because of overtourism in recent years. Before Maya Bay was closed, it was receiving up to 5000 visitors a day, and most of its coral died.

Each national park will submit their closure plans, which must be at least two months of the year, to the government, and the Department of National Parks, Wildlife and Plant Conservation will announce changes after the plans have been evaluated.

Thailand is one of Southeast Asia’s biodiversity hotspots, home to elephants, tigers, bears, about 10% of the world’s bird species and a huge host of marine wildlife. The country has had 3102 cases of coronavirus and was the first country outside China to detect an infection.