Rome's top dishes and where to try them

Rome's cuisine is as legendary as its monuments, and sampling the city's classic dishes is just as quintessential a Roman experience as visiting the Colosseum. Our round-up of the Italian capital’s most beloved eats – and the best places to eat them – will help you tell your carbonara from your amatriciana and guide you to some mouth-wateringly delicious culinary experiences.

Forget the unnecessary cream, peas and onions of carbonaras past – the true recipe for this Roman pasta thrives on just a handful of ingredients. Spaghetti is tossed with silky egg yolks, crisped guanciale (pork cheek), a generous showering of  pecorino romano cheese and a twist of black pepper. The secret to restaurant Roscioli’s masterful carbonara could be in its selection of eggs, gathered from hens fed a diet of goat’s milk, or its choice of pepper (Sarawak, more aromatic than spicy). You’ll be too busy eating to wonder.

One of the most hotly debated dishes in the Roman culinary canon (did it originate in Rome or small-town Amatrice? To use or not to use hot pepper?), amatriciana is as irresistible as it is controversial. Purists flock to Da Enzo, a sibling-run trattoria on the outskirts of Trastevere, for its unfussy approach to the classic. Tomato, pecorino romano, and savoury pork cheek come together in a rich sauce that pairs beautifully with rigatoni – the cubes of guanciale get caught inside the wide pasta tube, creating a perfect bite.

Rise and shine like a local with a maritozzo. A sweet, yeasty bun studded with raisins and pine nuts or baked plain, this classic breakfast pastry is split open at the top and filled with a a few lavish dollops of whipped cream. The confection has surprisingly romantic origins: grooms-to-be gave them to their fiancees, hence the name maritozzo, meaning 'almost husband'. Tuck into yours with a freshly brewed cappuccino at old-school cafe Il Maritozzaro (Via Ettore Rolli 50).

This double-stuffed crostata, or pie, is Rome’s version of the cheesecake, only better. Sweet ricotta and tart visciole, sour cherries cooked into a sticky jam, keep each other in check, happily coexisting beneath a buttery crust. The recipe is firmly rooted in the Roman-Jewish gastronomic tradition, so it’s no surprise the city’s best is found in the Jewish Quarter at Forno Boccione. Small and sparsely decorated, the bakery is signless but easily identified by the queue winding out the front door at peak hours. Depending on the day, the top of their pies may be golden brown or blackened, the latter a favourite among locals who claim the charring enhances flavour. Arrive early (around 8am) to snag a slice – only a limited selection of pies is made daily.

Cacio e pepe proves that less really is more. This simple pasta dish is made with little more than pecorino romano cheese (cacio in Roman dialect), black pepper and a dash of pasta water, which, when whisked together, create a velvety sauce that clings luxuriously to tonnarelli noodles. The cacio e pepe at Flavio al Velavevodetto is as remarkable as the restaurant setting itself: dining rooms are built inside Monte Testaccio, an ancient landfill site composed of 53 million terracotta amphorae that date back to the Roman empire.

Gooey supplì at I Supplì

A rice croquette laced with tomato and beef ragù, stuffed with mozzarella, breaded and deep-fried, the supplì is a hallmark of Roman street food. Locals and tourists in-the-know head to Trastevere’s I Supplì (Via San Francesco a Ripa 137), run by two brothers who traded in their fast-paced stock market careers for the kitchen. While many eateries buy their supplì pre-made and frozen, the siblings’ supplì are rolled by hand and fried fresh on the hour. A few bites of the snack will reveal a melted string of mozzarella reminiscent of a telephone cord, earning it the nickname supplì al telefono.

The carciofo alla giudia was born out of necessity in 1500s Rome, when inexpensive fried food served as a staple of the impoverished Jewish ghetto. Nowadays this appetiser – whole artichokes liberally trimmed of their tough outer layer and deep-fried twice until they look more like golden flowers than vegetables – is found in many of the city’s trattorias. Few do them as well as Ba'Ghetto, who have been honing their carciofo recipe since 1923. The kosher business is divided into two distinct restaurants, Ba'Ghetto Meat and Ba'Ghetto Milky, which strictly separate meat and dairy, but the artichoke is found on both menus.

Saltimbocca (which delightfully translates as 'jump in your mouth') is a staple of Roman secondi, or meat-based second courses. Thinly cut slices of veal are dressed up with a sage leaf and prosciutto, then cooked in butter and a whoosh of white wine. Order it at Armando al Pantheon, the rare restaurant located a matter of feet from a tourist attraction (in this case, you guessed it, the Pantheon) whose food is uncompromising and authentic. Whether you’re planning on lunch or dinner, make a reservation in advance – it’s almost impossible to get a table here otherwise.

Classic Roman pizza has an ultra-crispy crust that practically shatters when bitten into, in contrast to its thicker-crusted Neapolitan counterpart. The difference in recipe traces back to WWII, when soldiers based in Rome rolled their ration of dough thin to eke out as much pizza as possible. The modest, no-frills pizzeria Da Remo is hailed for its pies, which are topped with everything from milky buffalo mozzarella to earthy mushrooms and slick slices of prosciutto. Remo doesn’t take reservations, so be prepared to show up early or queue if you arrive later in the evening.

Pondering why tripe, liver and intestines share billing with more familiar dishes like pasta and pizza on a Roman menu? The city once housed the continent’s biggest slaughterhouse, leading to plenty of dishes made with offal. Abattoir workers brought home cheap cuts of meat that they stewed, seared and braised until palatable. A trademark dish of Roman cucina povera (peasant's cuisine) is coda alla vaccinara, a hearty oxtail stew slow-cooked with tomatoes, celery, pine nuts and raisins. Try it at the rustic Agustarello in the Testaccio neighbourhood, whose version includes a splash of white wine and bittersweet cocoa. Roman comfort food at its best. 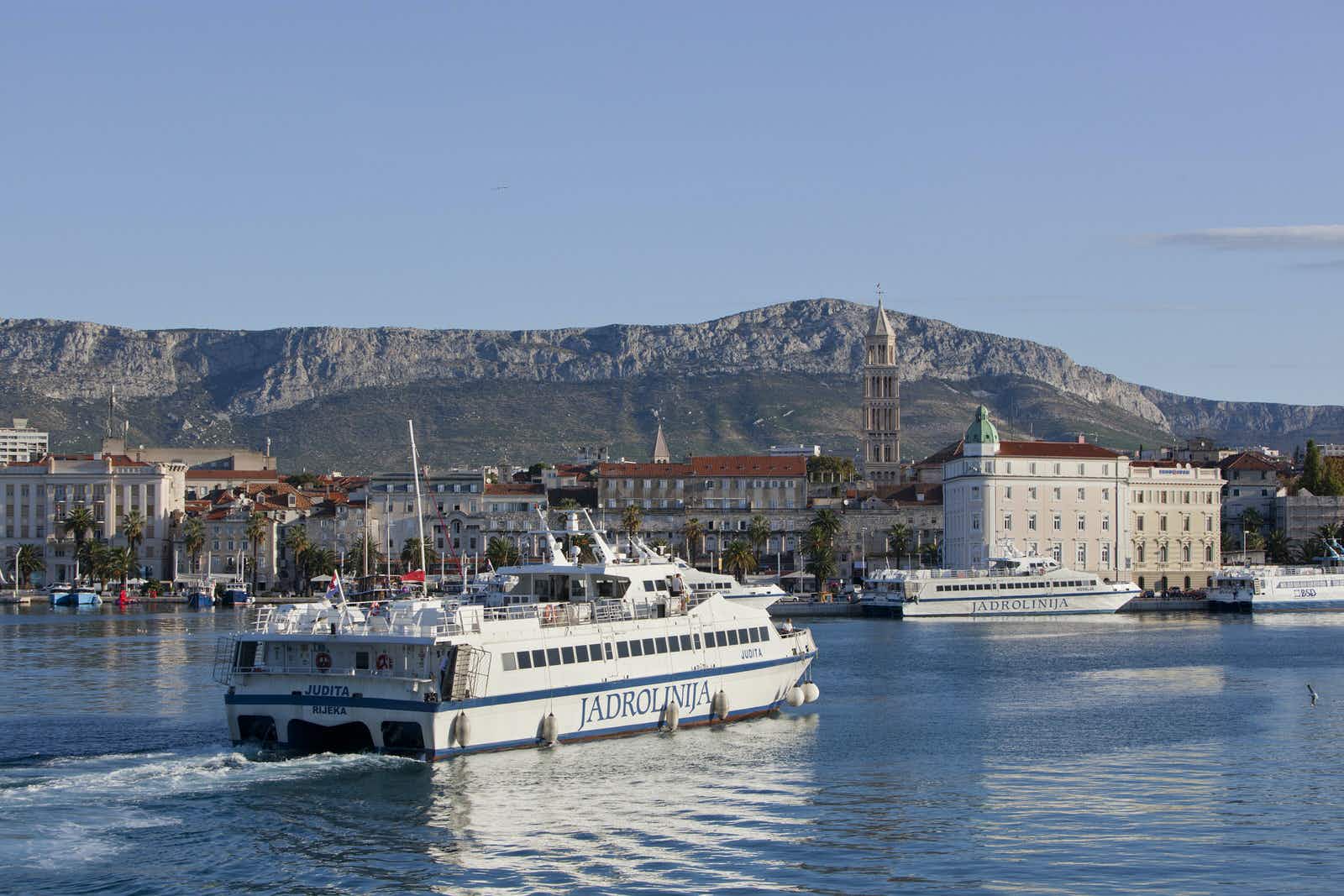 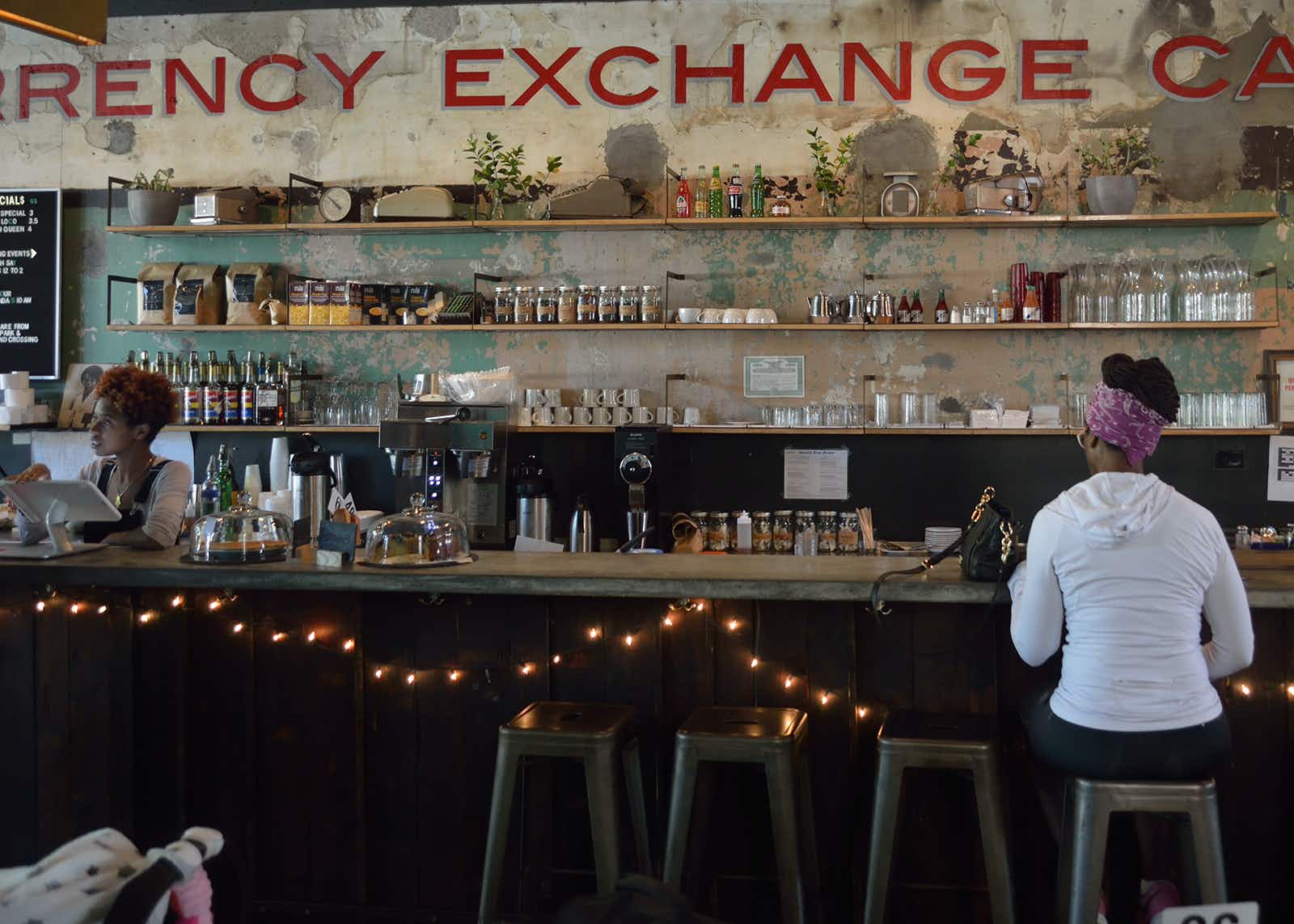 Next stop for foodies: Chicago's South Side