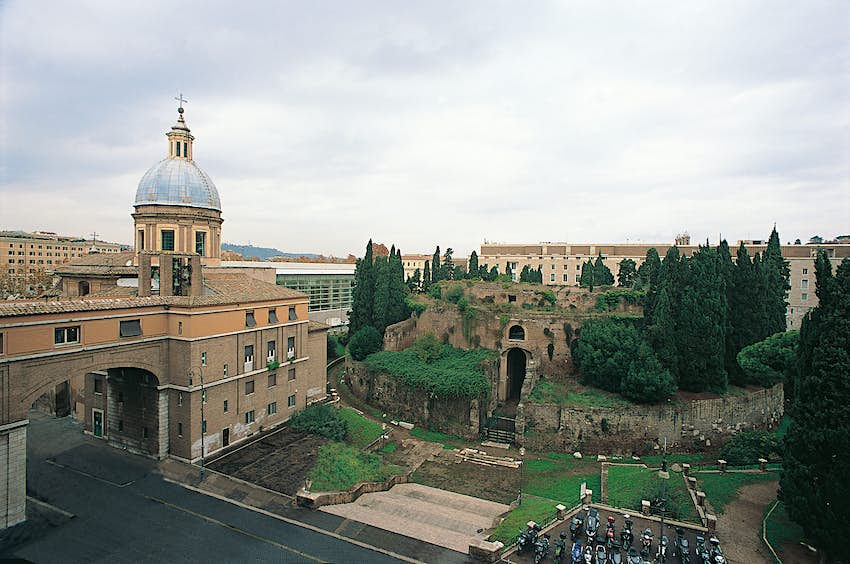 The Mausoleum of Augustus has been mostly closed to visitors, unlike so many other antiquities throughout the city of Rome © Arnaldo Vescovo / Electa / Mondadori Portfolio / Getty Images

Twenty centuries after its construction, the tomb of Ancient Rome’s first emperor will finally open to the public in 2021.

The Mausoleo of Augusto is dedicated to Augustus, also known as Octavian, who took the reins of power in Rome from Julius Caesar after his assassination and went on to effectively transform the Roman Republic into the Roman Empire. Augustus himself ordered the construction of the building more than thirty years before his death in 14 CE and was buried there along with other members of his dynasty, the Julio-Claudians.

The Mausoleo is a massive circular tomb, one of the largest in the city of Rome as well as the ancient world – archaeologists are quite sure it was covered in white marble and rich decorations when it was first built, with a bronze statue of Augustus on its summit.

However, unlike other Ancient Roman antiquities throughout Rome, like the Colosseum and the Roman Forum, the Mausoleo has remained mostly closed to the public and in a deep state of ruin.

That’s why restoration works started in 2008 and took almost thirteen years, as well as more than €20 million – since it wasn’t only the Mausoleo that was renewed but also the square that houses it. The first part of the process included archaeological excavation and proper restoration work, while the second part was focused on making the Mausoleo fit for tourists – which meant including the necessary infrastructure as well as informative panels and indications.

The Mausoleo of Augusto will open to the public on March 1, 2021. Tickets will be free from then until April 21, 2021, even though they have to be booked in advance. After that, only residents of Rome will be able to enter for free. You can find more information, as well as a detailed history of the monument throughout the centuries, on its official website here.

15 free things to do in Minneapolis

The 10 best day trips from Vancouver

8 min read • Published about 10 hours ago