Sweden’s varied landscape, from the frozen reaches of the north to its vast forests and lakes, combines with cutting-edge design to inspire some unique lodgings. Here's our pick of the country's quirkiest sleeps, taking you underground, underwater, face-to-face with wildlife and beyond.

Near the village of Jukkasjärvi in Sweden’s frozen north, the original Icehotel is as much a work of art as a hotel, with ice sculptors from all over the world reinventing it anew every winter. Built of blocks of ice from the Torne river, the main building features individually designed ice suites carved by hand and simpler Snow and Ice rooms with furniture made of ice. You overnight in deluxe sleeping bags used by the Swedish military, then thaw out in the morning in the sauna with a hot drink. If staying longer, guests relocate to warm satellite bungalows with skylights to catch the northern lights. The winter-only Icehotel restaurant is second to none, serving exquisite northern Swedish dishes on plates made of the same ice as the hotel. Want to arrive in style? Book the husky sled transfer from Kiruna airport in advance.

A spaceship with a retractable ladder. A mirror cube, reflecting the sunlight and the surrounding forest. A giant tangle of a bird’s nest. These are three of six unique treehouses that comprise the TreeHotel, designed by Sweden’s leading architects and suspended high above the ground from centuries-old pines off the scenic Route 97, west of Luleå in northern Sweden. Not only is everything custom-made – from the furniture to the light fixtures – the bathroom and sauna design reflect the hotel’s commitment to eco-friendly practices. Just one question: why is the Blue Cone room red?

To stay at the exclusive ‘mine suite’ at the Sala Silvergruva, the world’s deepest hotel in the town of Sala, you have to descend 155m to the subterranean depths of Sweden’s most important silver mine. After a tour of the vast banquet hall and the labyrinth of candlelit tunnels, underground lakes and caverns, you are left alone in your cosy, subtly-lit nook, carved into the rock wall, with a champagne supper and an intercom radio as your one link to the outside world.

Just off the tiny island of Klädesholmen off Sweden’s west coast, the serene Salt & Sill is Sweden’s original floating hotel. The pontoon features six two-storey terraced houses, divided into bright, light rooms decked out in contemporary Scandinavian style. Pulled by its own auxiliary boat containing a spa, Salt & Sill frequently takes to the sea, while the hotel’s namesake restaurant specialises in some of the best, freshest seafood in the region.

Peel off Route 233 in central Sweden, follow a narrow road into the forest and near Lake Skärsjön you’ll find Kolarbyn Eco-Lodge, Sweden’s ‘most primitive hotel’. Aimed at those who enjoy getting back to nature, it has neither running water nor electricity and the twelve rustic, earth-covered shacks barely have room for two wooden bunks and a wood-burning stove each. Water is sourced from a nearby stream and heated over an open fire, as are the meals, which are consumed in a Sámi-style communal dining hut. A rustic sauna provides the only bit of pampering.

You may have catnapped aboard a red-eye flight before, but Jumbo Stay gives you the opportunity to slumber on a Boeing 747 jumbo jet in considerably greater comfort and without leaving Stockholm’s Arlanda Airport. The pilot’s cockpit and the Black Box room have been remodelled into luxurious en suites (the former is a capsule-hotel–like space with the best views, naturally), while the rest of the plane has been split into snug, minimalist dorms and twin rooms.

Next door to Järvzoo,  Sweden’s wilderness animal park specialising in large Nordic fauna such as bears, muskoxen, reindeer, lynx and wolves, Varghotellet gives you the opportunity to get up close and personal with the wolves. Whether you’re in your room or in the sauna, the only thing that separates you from the predators is a glass window that looks out onto the wolf enclosure, and you can fall asleep to their haunting howls.

Another one for animal lovers, this secluded, self-contained two-person cottage – originally an 18th century farm – is found in the middle of the Gårdsjö Elk Park, home to Sweden’s rambling forest giants. Overnight packages include one of the daily elk safaris which allow you to meet these mighty creatures (who love bananas, by the way) and dinner is served in the cottage. Wandering elk aside, you can look forward to complete peace and solitude.

Suspended in a tree 13m above a public park in Västeras, Hotel Hackspett requires you to have a head for heights as access is a scramble up a rope ladder which you then retract. This arboreal hotel consists of a single simple double with a veranda overlooking the park and the lake beyond. There's no electricity or running water but drinking water and meals are provided.

Conceived by local artist and sculptor Mikael Genburg, at first glance the Utter Inn looks like a compact red summer house, only floating on its own little platform on Lake Mälaren in Västerås. Three metres beneath the surface and accessed via a trapdoor from the main house is a remarkable underwater room with panoramic windows on all sides, giving you the impression that you’re sleeping in an aquarium. Guests are left alone with an inflatable canoe as a means of getting to the surrounding uninhabited islands to sunbathe, and meals are delivered by boat. 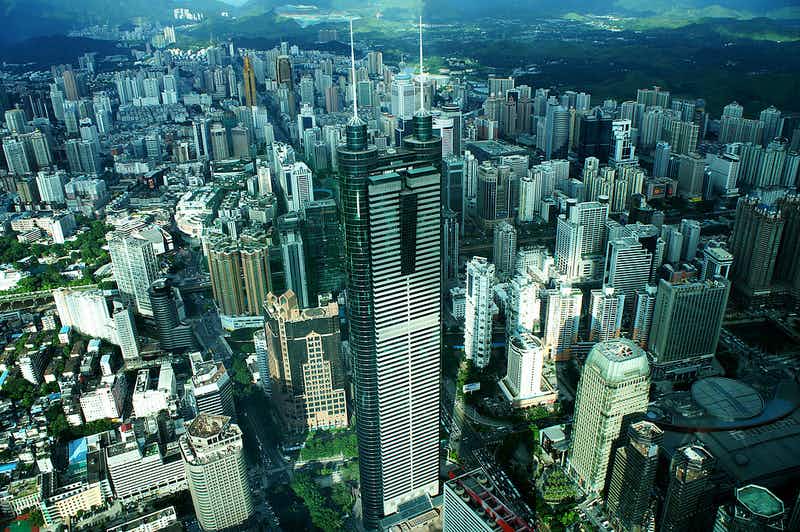 The most incredible Chinese cities you've never heard of 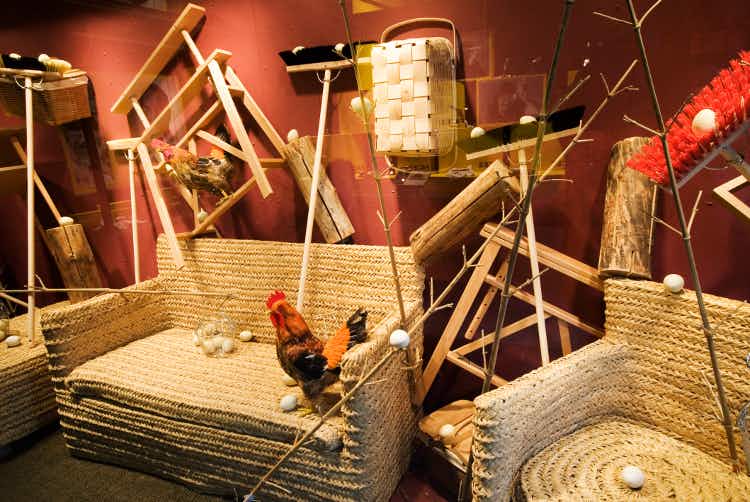