These 10 countries are destined for an epic year, whether they’re hosting festivals, cutting the ribbon on new attractions or simply raising their game for travellers. Feast your eyes on 2014's most unmissable destinations. 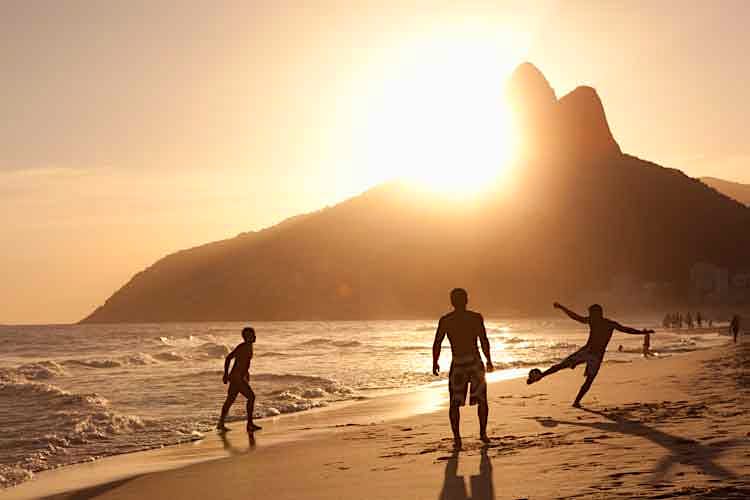 A game of beach football in Rio. Image by Yasuhide Fumoto / The Image Bank / Getty Images.

As if endless strands of sun-toasted coast, mountains splashed with Crayola-green rainforest and some of the planet’s most beautiful colonial villages didn’t already add up to an unfair share of heaven, Brazil goes and snags two of the most coveted sporting events in the world, beginning with the 2014 FIFA World Cup and followed two years later by the 2016 Summer Olympics. Tack on a recession-dodging economy, and boom! Brazil is the belle of the ball. Be it trekking across towering windswept dunes peppered with cerulean lagoons in Lençóis Maranhenses, exploring gilded colonial churches in frozen-in-time cities such as Ouro Preto or swimming in aquarium-like rivers near Bonito, Brazil’s diversity will leave you slack-jawed.

The adventure of a lifetime 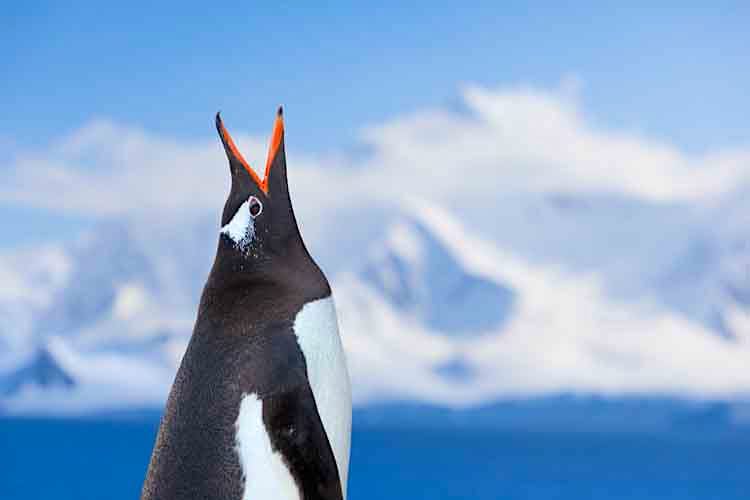 Tune into your average wildlife television program and you can’t fail to be dazzled by Antarctica’s majestic icebergs, calving glaciers and unexplored mountain ranges. Or you’ll watch its native penguin species frolic while avoiding fierce leopard seals and roaming pods of killer whales, as millions of seabirds spiral over the wild Southern Ocean. This year marks the centenary of the start of Ernest Shackleton’s infamous attempted Antarctic crossing. Visiting this pristine continent (which doesn’t have an indigenous population and is not actually a country) in 2014 is a chance to take life on and follow in the path of other intrepid explorers – but with cushier amenities. 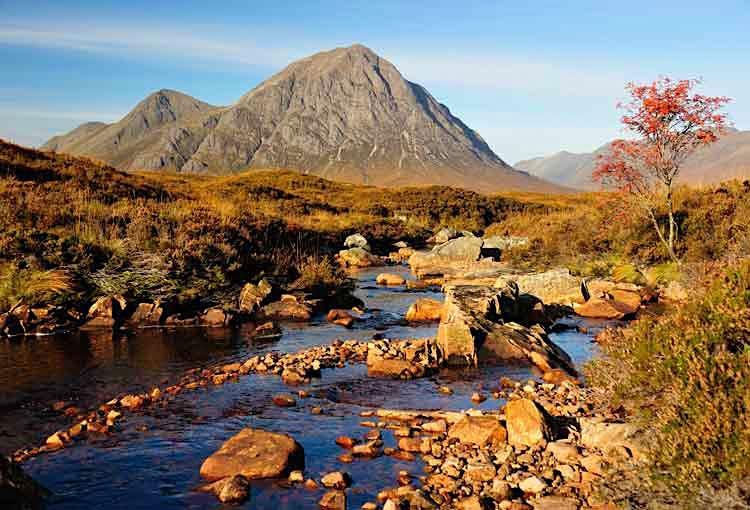 To coincide with Glasgow hosting the XX Commonwealth Games in the summer of 2014, the city has had a multi-million-pound facelift: new sports venues, improved transport links and a regeneration of Glasgow Harbour. It is also the Year of Homecoming, a government initiative to welcome the Scottish diaspora back to the mother country by celebrating Scotland’s heritage, food and drink. The phrase ‘there’s something for everyone’ applies: Europe’s biggest brass band festival blasts Perthshire, an orienteering contest around Scottish castles, the Spirit of Speyside Whisky Festival in May... Despite all this, politics will take centre stage: to be or not to be independent, that is the question. Hold onto your hats, Scotland. 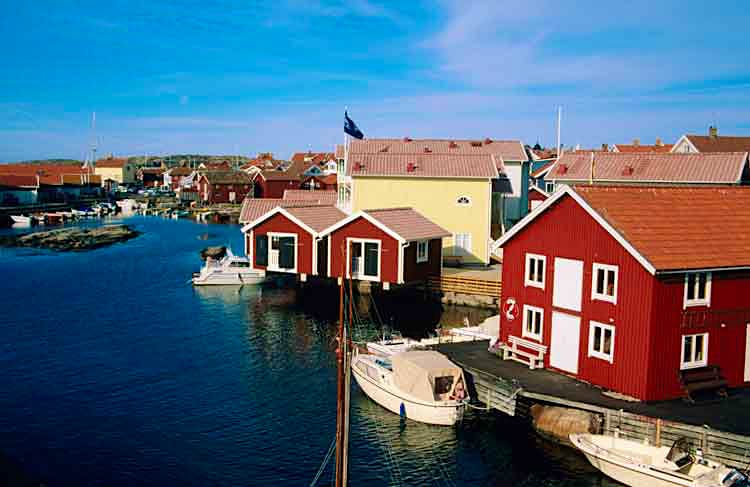 Thanks to the late Swedish author Stieg Larsson, most people have a sense of what Sweden’s like, even in the far north – cold, beautiful and a bit scary. Sweden is emerging with a new pop-culture persona. Perhaps not coincidentally, northern Sweden’s largest city, Umeå, is the European Capital of Culture for 2014. Then there’s the food. The capital has long been a stylish, top-notch destination for serious gourmands and boldly experimental chefs but lately the reputation and influence of Swedish cooking have spread beyond the country’s borders. Considering that Swedish cuisine is so strongly tied to locally sourced ingredients (be it seafood, game, berries, herbs or regional cheeses), it makes perfect sense to go to the source of all this fine food.

The Big Five and beach life without the crowds 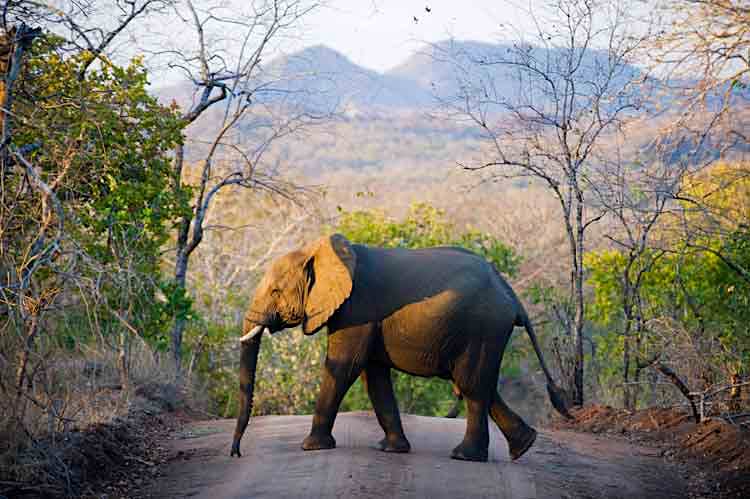 Picture this: mere hours after touching down in Malawi’s second-largest city, Blantyre, you check into superluxe digs (or pitch your tent) at the Majete Wildlife Reserve, which only 10 years ago lay decimated by poaching, but last year gained Big Five status thanks to a wildlife relocation project. You get up close to the aforementioned elephant, rhino, lion, leopard and buffalo without the pesky 4WD scrum so common in Africa’s best-known parks. Then perhaps it’s off to Lake Malawi for a spot of high-visibility snorkelling, or Mt Mulanje for a hike over hazy peaks in an otherworldly moonscape. And there’s always the Viphya Plateau, a haunting wilderness of grasslands and whaleback hills that feels downright prehistoric.

The sleeping giant is waking 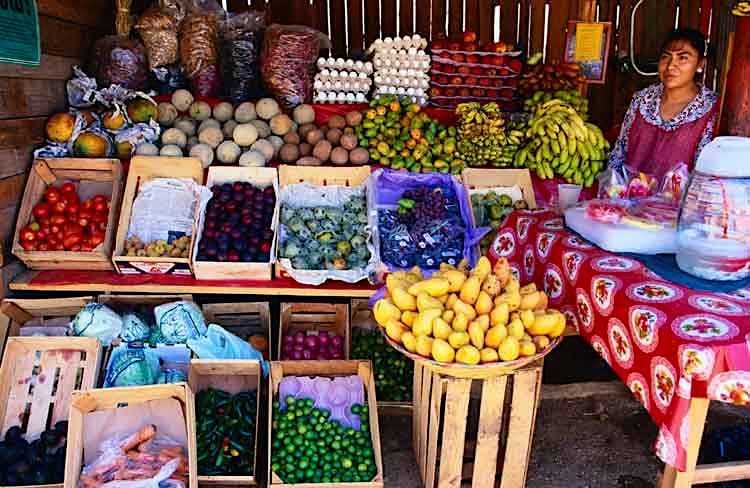 Sun-baking on a Caribbean beach after partying all night in Cancún; shopping for brightly coloured handicrafts or gorging on seven types of mole (chilli sauce) in Oaxaca; stepping back in time at a Mayan temple – it’s easy to feel optimistic when you’re kicking back in Mexico. And it’s not just the holidaymakers - many Mexicans are happier about living in Mexico now than most can ever remember. Exciting developments on the travel scene have continued, from major new Maya museums in Cancún and Mérida to the installation of Latin America’s longest ziplines on the rim of the awe-inspiring Copper Canyon. Now Mexico’s image is on the cusp of change – it’s time to dust off your Mexican dream again and enjoy it to the max before those prices go back up and the crowds really start rolling in. 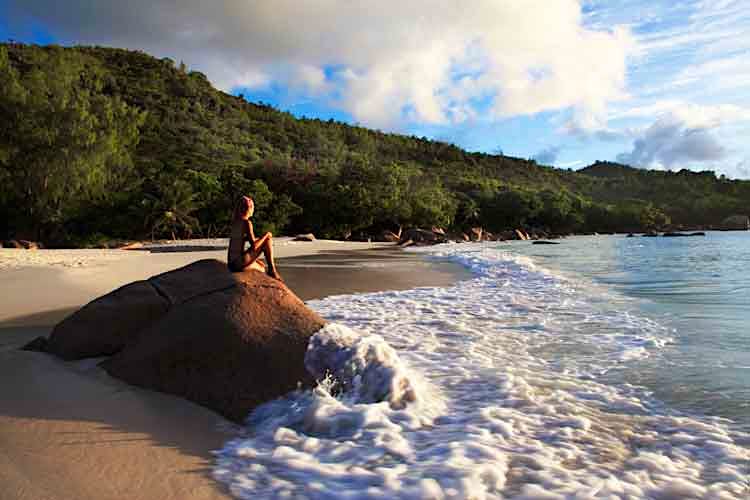 These 115 divine islands strewn across the peacock-blue Indian Ocean have all the key ingredients for a once-in-a-lifetime holiday, but their reputation as a millionaire’s playground may have kept you away. Good news: on top of exclusive island hideaways and elegant eco-villas, you can benefit from the wallet-friendlier B&Bs, picturesque Creole guesthouses and self-catering apartments that have sprung up over the past decade. And if expensive air tickets deterred you from visiting, rejoice! Increased competition has dramatically changed the situation over the past few years. And there’s much more to do than sipping cocktails on the beach. Hiking, diving, snorkelling, boat tours and other adventure options are all readily available, with the added appeal of grandiose scenery. Wildlife lovers will get a buzz too – the Seychelles is not dubbed ‘The Galápagos of the Indian Ocean’ for nothing. 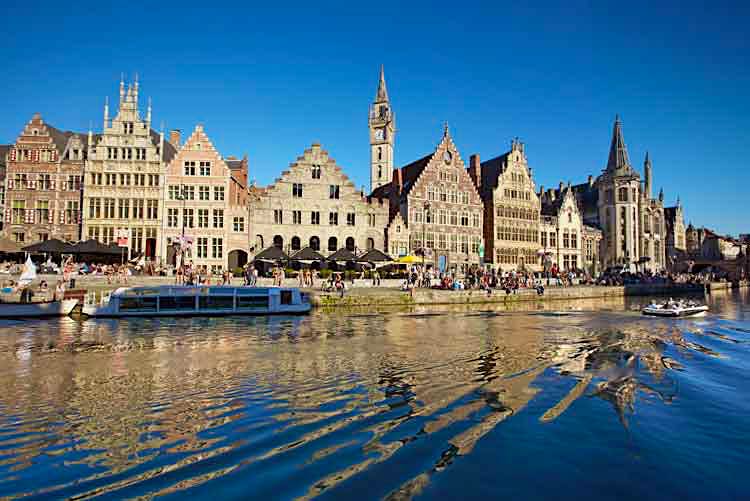 Belgium has picturesque cities – Bruges, Antwerp, Ghent – and in Brussels a walkable capital with great museums. The food and drink is a gustatory blast (think the world’s best beer, chocolate and chips), the countryside flat and placid, the seaside surprisingly chic, while cultural treasures range from medieval masters to Tintin. Yet the words ‘Belgium’ and ‘holiday’ don’t usually mix. From 2014, a huge influx of visitors is expected due to the 100th anniversary of the outbreak of WWI – a festival of remembrance lasting until 2018 – which may change preconceptions. Belgo-newbies will find medieval towns where culture and gastronomy meet, with Gothic buildings, paintings by Breugel, Van Eyck and Magritte, canals and cool shops. And they’ll discover mellow meadows, where cows moo beside monuments, and battlefields and cemeteries that testify to the horrors of a war now shifting from living memory.

Back to the future, Balkan-style 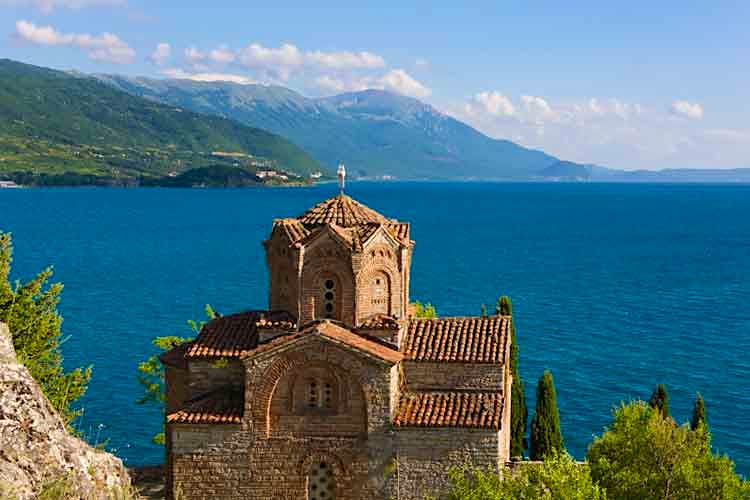 The year 2014 marks the completion of the government’s love-it-or-hate-it makeover of the capital, Skopje. The Macedonian capital has at the same time quietly become more visitor-friendly, with a bevy of cool new hostels, upscale wine bars and bistros, and one of southeastern Europe’s best club scenes. Beyond work-in-progress Skopje and the more established tourist sites such as Lake Ohrid, Mavrovo ski area and ancient Stobi, new things are happening elsewhere. Quiet Berovo, on the border with Bulgaria, is an up-and-coming contender on the spa-hotel scene. Also in Macedonia’s idyllic eastern half, sturdy old Kratovo – with Ottoman-era stone bridges and cobblestone lanes – is revitalising previously derelict Turkish mansions, attesting the bygone wealth of this old mining town. And in the arid central vineyard region of Tikveš, new quality wineries are catering to thirsty visitors.

A revitalised Malaysia goes back to business 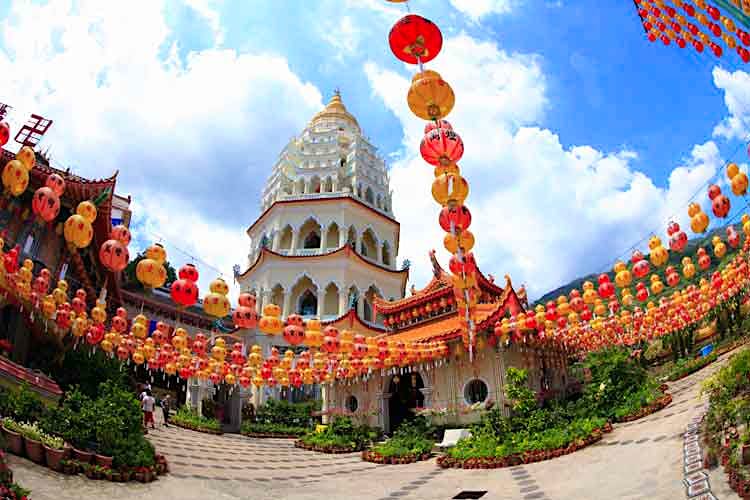 With its sights set on 28 million visitors to the country, Malaysia is rolling out an array of new attractions. The headline-grabbers are the largest bird park in Southeast Asia in Melaka (with 6000 birds featuring 400 species), and Legoland Malaysia and Hello Kitty Land in Nusajaya, which are packing in both locals and Singaporeans flocking across the causeway. The new second terminal at Kuala Lumpur International Airport (KLIA2), catering mainly to the booming budget airline sector, is another major factor in attracting more visitors. Competitive fares offered by Malaysia Airlines, AirAsia, Firefly and new operator Malindo Air make getting around this widely spread-out country a cinch. Further afield, weekly direct links are now scheduled to destinations as diverse as Istanbul and Pyongyang. Amazing experiences await in Malaysian Borneo, from exploring off-the-beaten- track Kudat to indulging at the luxurious Gaya Island Resort on Pulau Gaya. And active travellers can discover the country on two wheels as cycle tourism takes off with guided tours in Sabah, a proposal to build a bike path around the coast of Penang, and a community project to map out cycle routes around Kuala Lumpur. 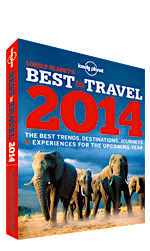 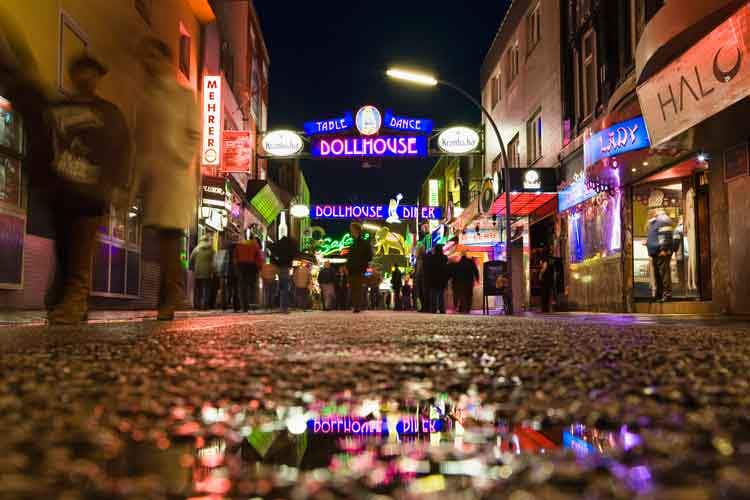 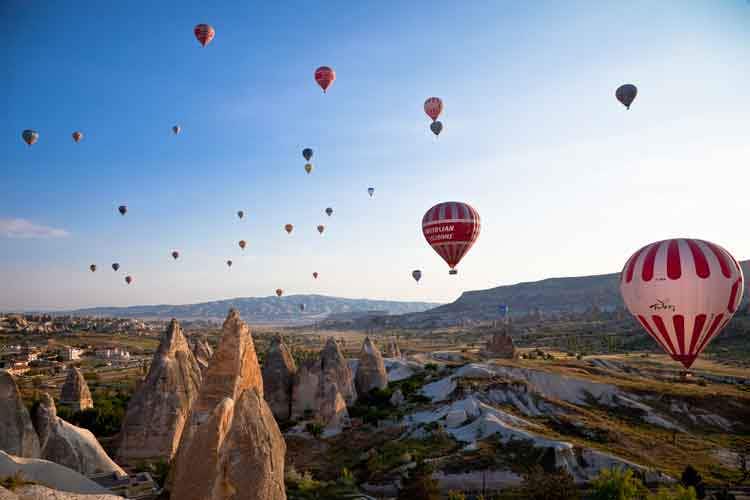