Istanbul's iconic Hagia Sophia converted from a museum to a mosque 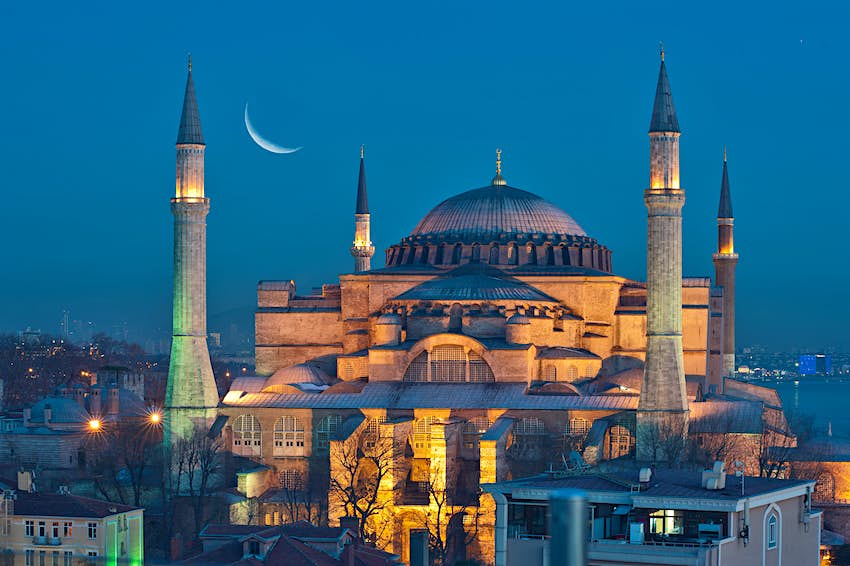 The ancient Aya Sofya, often called Hagia Sophia in English and one of Istanbul’s most iconic and enduring monuments at nearly 15 centuries old, has been converted from a museum back into a mosque with a recent decree from Turkey’s president, Recep Tayyip Erdoğan. The building has been classified as a museum since 1934 after a declaration from Mustafa Kemal Atatürk, the first Turkish president and founder of the Republic of Turkey.

The structure, considered a jewel of Byzantine architecture, was originally built as a cathedral in 537 CE by Roman Emperor Justinian I. Aya Sofya also had an almost five-century stint as a mosque when the Ottomans conquered Istanbul, then called Constantinople, in 1453 and converted the building into a religious space for Muslims.

Now that Aya Sofya will be used as an active worship space, it’s unclear what will change in terms of visitor access. Other mosques around Istanbul, including the Blue Mosque that’s a short walk from Aya Sofya, allow visitors outside of prayer times, but they must be dressed modestly and women must cover their heads. Head coverings and long robe-like garments are offered for visitors who are considered inappropriately dressed.

Aya Sofya is a Unesco-listed site, and the change of status was not discussed with the organisation, which could result in the structure losing its listing. "Hagia Sophia is an architectural masterpiece and a unique testimony to interactions between Europe and Asia over the centuries. Its status as a museum reflects the universal nature of its heritage, and makes it a powerful symbol for dialogue", Unesco’s director-general Audrey Azoulay said in a statement.

"It is regrettable that the Turkish decision was made without any form of dialogue or prior notice’, the statement continued. ‘Unesco calls upon the Turkish authorities to initiate dialogue without delay, in order to prevent any detrimental effect on the universal value of this exceptional heritage, the state of conservation of which will be examined by the World Heritage Committee at its next session".

New arts hub is taking root in an industrial Istanbul neighbourhood
Istanbul ferries will now run during the night at weekends
New natural sites have been added to Unesco’s World Heritage List
Mausoleums, mosques and markets – uncovering the amazing architecture of Mughal India