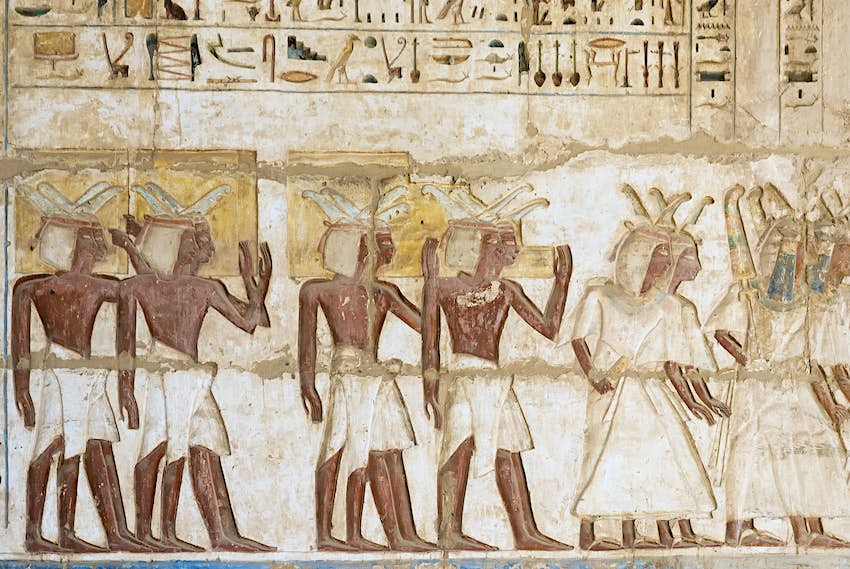 Translate and create your own hieroglyphs © BlackMac / Shutterstock

Elaborately carved pictograms line the lids of magnificent sarcophagi and the storeys-high walls of ancient Egypt’s temples and tombs, and now they’ll be even easier to decipher thanks to a new Google app feature that can translate Egyptian hieroglyphs using artificial intelligence.

Released as part of Google’s Arts & Culture app, the tool is called Fabricius and was launched on the anniversary of the discovery of the Rosetta Stone, which cracked the mysterious code of ancient Egyptian hieroglyphs for modern readers. Hieroglyphs were used in Egypt from about 3200 BCE to 400 CE and are one of the world’s earliest forms of writing.

Google’s app includes educational materials for budding Egyptologists as well as a tool that allows users to translate their own words and messages into shareable hieroglyphs, though this comes with the caveat that it’s just for fun and is not academically correct.

Another part of Fabricius is programmed for academic research, and Google says it’s the first open-source digital tool that uses machine learning to decode the language of ancient Egypt and that can learn what exactly a hieroglyph is. Developers can train the machine to recognise various pictograms – there are about 1000 distinct Egyptian hieroglyphs – which should reduce the amount of time required for translations.

A desktop-only version of the app allows users to upload photos of hieroglyphs spotted in Egypt or in museums around the world so they can be digitally enhanced, magnified and compared to existing symbols in the hieroglyphs database. Time, weather and deliberate defacings have chipped away at some of the ancient symbols still in situ in Egypt, making them more difficult to read, especially with an untrained eye, and Google hopes that quick and accurate translations could lead to new historical discoveries and lines of research.

Do you need a visa to go to Chile?

3 min read • Published about 8 hours ago

The best neighborhoods in Buenos Aires to stay, play and dance the night away