Kerinci Seblat National Park sprawls from the coastal plains of West Sumatra, up the forested valleys and over the deep river gorges of the Barisan Mountains. Stretching across a swathe of land more than twice the size of Bali, Sumatra’s largest national park offers ample adventure for those dreaming to see Indonesia at its wildest.

The road from Padang city winds steadily up into the highlands through forests where hornbills swoop through the jungle canopies and macaque monkeys line the roads hoping for tidbits. Travelling times can often be deceptive in Indonesia but the eight-hour drive from the city to Sungai Penuh, the base for most people who want to explore Kerinci Seblat National Park (TNKS), is arguably one of Southeast Asia's most scenic.

TNKS is home to healthy populations of Indonesian wildlife, including elephants, bears, tapirs, clouded leopards, gibbons and more tigers (around 200) than can be found in all of Indochina. For the critically endangered Sumatran tiger, however, the future is still far from assured, but tourism is increasingly being seen as the most viable way of ensuring a future for TNKS and its elusive big cats.

Most visitors to TNKS come to climb Gunung Kerinci. At 3,805m it’s the highest active volcano in Southeast Asia, and the trek is considered to be a wilder, more challenging alternative to the more well-trodden volcanoes of Java. The steep climb follows a straight path without any switchbacks, but the views from the summit are unbeatable. Most trekkers complete the round trip in two days, but an extra day gives you a better chance of catching clear conditions and spotting more wildlife along the way.

Known as the ‘Lake of the Seven Peaks’, Danau Gunung Tujuh is Southeast Asia’s highest crater lake. The climb takes about three hours and you must descend over the rim of the volcano to the lake level at about 1950m.

Take camping equipment and you can pitch your tent in a wonderfully scenic location on the lake’s shore. Try to avoid weekends or public holidays, however, as this is a popular hang-out for local kids and the camping area can get noisy (and, sadly, dirty). To find a more secluded spot, haggle with the lake's lone, resident fisherman to paddle you across the lake to a more pristine spot.

Birdwatchers are drawn to TNKS by its bevvy of more than 370 species including 17 endemic species of it own. Once-in-a-lifetime sightings might include the Sumatran ground-cuckoo, which was considered extinct until it was rediscovered here in 2002.

“From 2006 up until 2010 we were one of only five national parks in the whole of Asia where tiger numbers actually increased,” says Debbie Martyr, who came to Sumatra in the early ‘90s to help the national park service protect TNKS with Fauna & Flora International (http://fauna-flora.org).

This is no safari park, however, so you won’t find intrusive jeep safari or elephant-back tiger spotting operators here. Mostly nocturnal and extremely shy, tigers are among the world’s most elusive beasts, thus the chance of spotting one in the wild – even in TNKS – is next to none. But there’s an undeniable thrill to trekking in tiger country and, if you’re lucky, you may come across fresh pugmarks from these apex predators. Wild Sumatra Adventures (http://wildsumatra.com) offer TNKS’s most conservational-minded wildlife experiences, with five per cent of their trip costs going directly to tiger conservation.

Kerinci is home to several impressive cave complexes, the most extensive network – including the celebrated Gua Tiangko, thought to be occupied some 9000 years ago – situated outside the village of Sengering.

There are also cave paintings to be found in rarely-visited Gua Kasah, 5km southeast from Kersik Tua. Two additional cave systems, Gua Kelelawar and Gua Belang, are located at Ting Kemulun near Sanggaran Agung. Hiring a guide helps in the exploration of both the caves' physical and esoteric landscapes.

A suspended footbridge connects the jungle-clad banks of a Kerinci river, Sumatra. Image by Mark Eveleigh

There is some wonderfully remote hiking to be had, deep within the western flank of the national park, through Southeast Asia’s highest wetlands. There's a five-day, 120km route through rainforest, sulphur lakes and hot springs before exiting onto the highway north of Kerinci, but shorter treks traversing expanses of virgin rainforest home to deer, gibbons, tapirs – and of course tigers – are also possible.

Kerinci's tradition-bound communities hold festivals around the calendar, all of which seem to feature a hearty element of singing and dancing. The rangguk dance (simulating the rice planting season) is truly enthralling but the kenduri sko festivals (honouring village ancestors) are argaubly the cultural highlights of a visit to one of the villages in the area.

As many as a dozen giant carved rocks have been found in TNKS, but, like many facets of this mysterious region, how they came to be largely remains a mystery despite in-depth analysis. Local tradition has it that they were fired out of the volcanoes during a ‘war of the mountains’ and that they were already ancient when the villages surrounding them were established around 1200AD. Several of these sacred stones can be observed during a moderate, four-day hike to the ancient enclave of Renah Kemumu.

Do it: The aforementioned ecotourism specialists Wild Sumatra Adventures offers diverse, customised tours around much of the Kerinci area at very reasonable rates. Indonesia Trip Advisors (http://indonesiatripadvisors.com) can also arrange overland travel and logistics in Sumatra and elsewhere.

When to go: Weather conditions are very erratic and hard to predict in Sumatra, but the heaviest rains typically fall between December and February. Locals say that tigers are most active just after rain, but wildlife is generally easier to spot outside this wet season, forest fires pending. 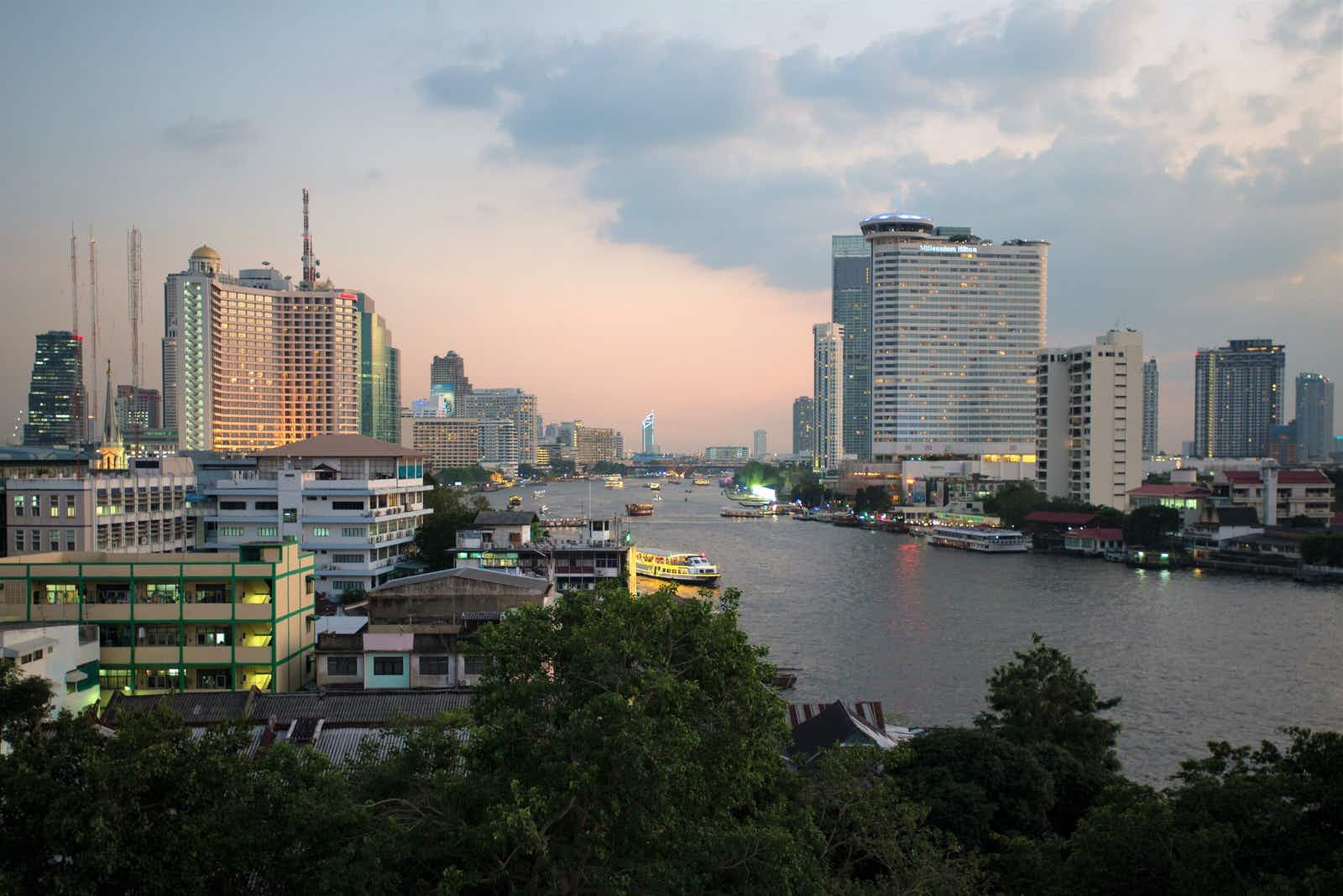 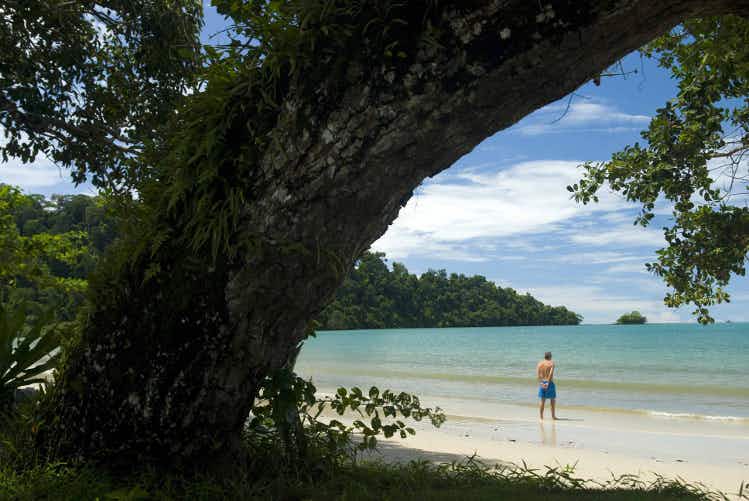 Langkawi beyond the beach: 9 great reasons to visit the…