Explore northern Jordan like a local through community tourism

Most travellers skip the north of Jordan for the irresistible pull of storied destinations down south, such as Petra, Wadi Rum and the Dead Sea, but now there’s a new reason to venture north of Amman: a cluster of new community-based tourism projects that are drawing visitors to villages well off Jordan’s trodden route. Instead of desert dunes and rugged wadis, head north and you’ll find wheat fields, forests of deciduous oak, olive groves and rarely visited communities that have started to open up.

Spearheaded by Baraka Destinations, an Amman-based company that helps foster sustainable tourism, these northern villages offer the perfect detour if you’re looking to delve deeper into Jordanian culture. Plus, there’s the added benefit of knowing your tourism money is going into local hands and that your stay is having a smaller impact on the environment.

In 2017, Baraka launched a local tourism project in the sleepy village of Umm Qais. Exploring the ancient city of Gadara, inhabited from the Ottoman era until the 1980s, is a major lure to the area, but Umm Qais has enough to keep visitors entertained and intrigued for much more than the couple of hours most devote to the area.

Baraka first opened a five-room B&B called Beit Al Baraka, with views out across neighbouring countries from the citrus-rich garden that supplies oranges for the fresh juice served at breakfast. They then got the local community involved, training them to show off their time-honoured skills to visitors. As a result, you can now join village women for a basket-weaving workshop on the grapevine-covered terrace of the B&B or learn how to make baskets out of palm and banana leaves, reeds and straw.

Seeing the ruins of Gadara with Ahmed, a guide who was born and raised among these ancient structures, adds a touch of intimacy to the tour, which he pairs with tales of his childhood. Um Sulaiman has opened her village home to travellers, serving farm-to-table dinners that feature regional treats like gras, a herb-filled bread drenched in olive oil and makmora, chicken baked in dough. Since the B&B opened, it has hosted more than 1800 guests and supports more than 50 local families, reviving this overlooked rural area.

Art and archaeology in Pella

To approach the reddish-brown clay retreat that houses Baraka’s latest location, Beit Al Fannan (meaning ‘house of the artist’ in Arabic), walk on a narrow passage surrounded by lush blossoms of poppies, daisies and grass. Housed in a three-storey villa perched atop a hill overlooking Pella, one of Jordan’s most important archaeological sites (still under excavation), it was a retreat of noted Jordanian architect and artist Ammar Khammash, who also designed it.

Once inside the B&B, in the eastern foothills of the north Jordan Valley, it appears as if the curvy interiors have no corners; the ambience is warm and embracing. The villa was built entirely by hand and plastered with mud using no machinery. Local blacksmiths and carpenters crafted the furniture inside. Walk in and you’ll see the walls cluttered with Khammash’s art from floor to ceiling. He painted many of his significant works at the villa: unfinished oil paintings, sketches, watercolour landscapes and photographs are still everywhere. The whimsical top-floor studio looks as if the artist abandoned a painting in progress, with used paint brushes, rolls of canvas and piles of art books strewn around. You can almost smell creativity in the space, which inspires guests to want to express themselves too. Instead of a standard B&B stay, Beit Al Fannan turns into an impromptu creative retreat.

Art aside, the archaeological dig of Pella is another major draw. To peel the many layers of history, Baraka has introduced visits guided by locals, many of whom have been involved in the excavations for more than 30 years, adding a fresh dash of insider insight to the visit. Sitting on the villa’s spacious balconies, you look over one of Jordan’s most ancient settlements. First founded in the Neolithic period, Pella has been continuously occupied since 8000BC. With one of Christianity's earliest churches, massive Bronze Age city walls, abodes that echo the architectural style of ancient Egypt and monumental stone temples, the expansive 10-acre site offers a walk through most major episodes of Jordan’s history. Roam around the scattered sites and feel a unique sense of discovery, as Pella is seldom visited by tourists.

Thanks to the work it has done to draw attention to these overlooked pockets of Jordan, Baraka is featured in the first Meaningful Travel Map of Jordan, launched by Tourism Cares and the Jordan Tourism Board. The map highlights projects offered by nonprofit organisations or social enterprises that not only provide a quality cultural experience for travellers but also have a program for directly benefiting a disadvantaged population. The projects at Umm Qais and Pella offer tourism with a twist – and a social conscience. 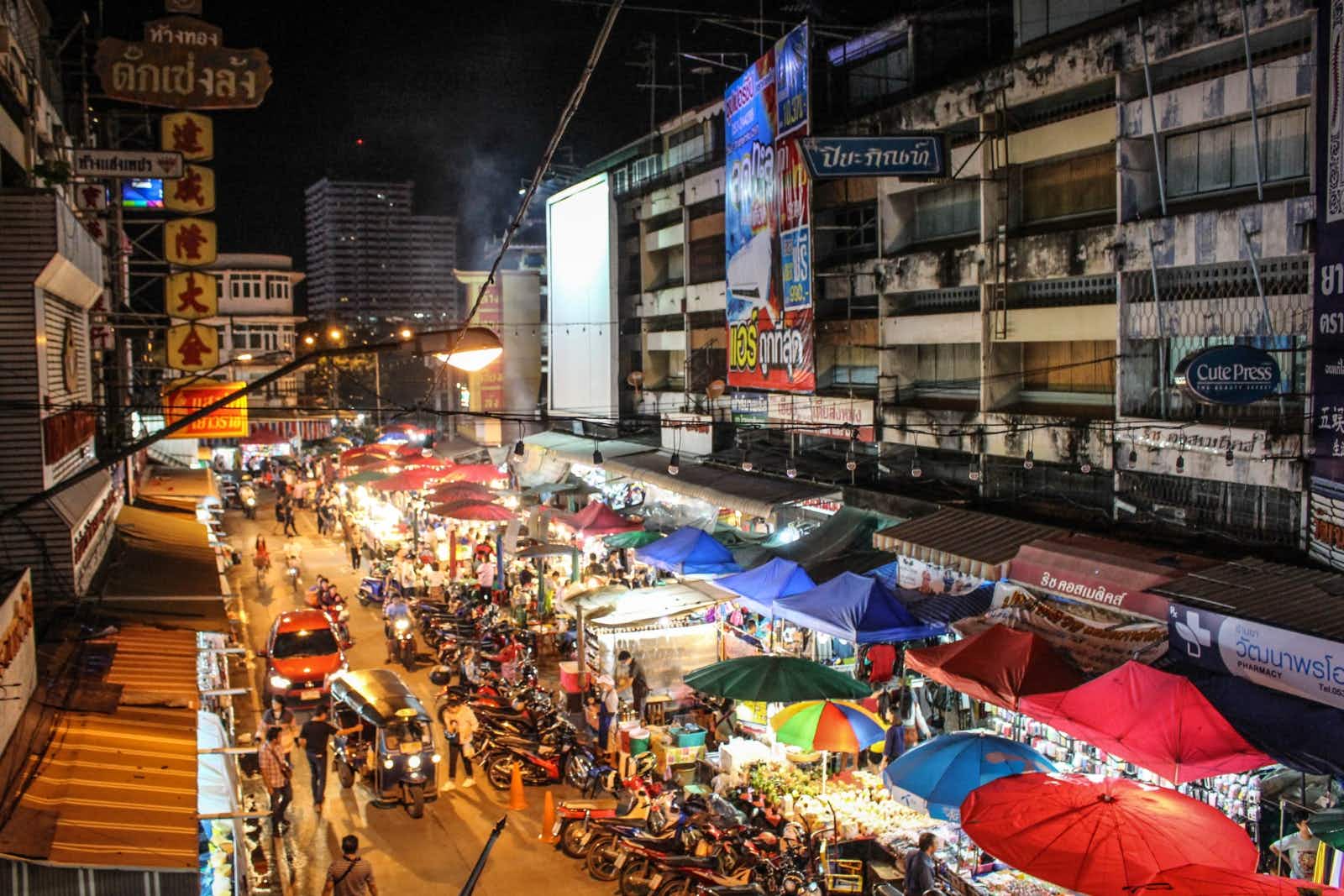 Shopping in Chiang Mai: your essential guide to the city's… 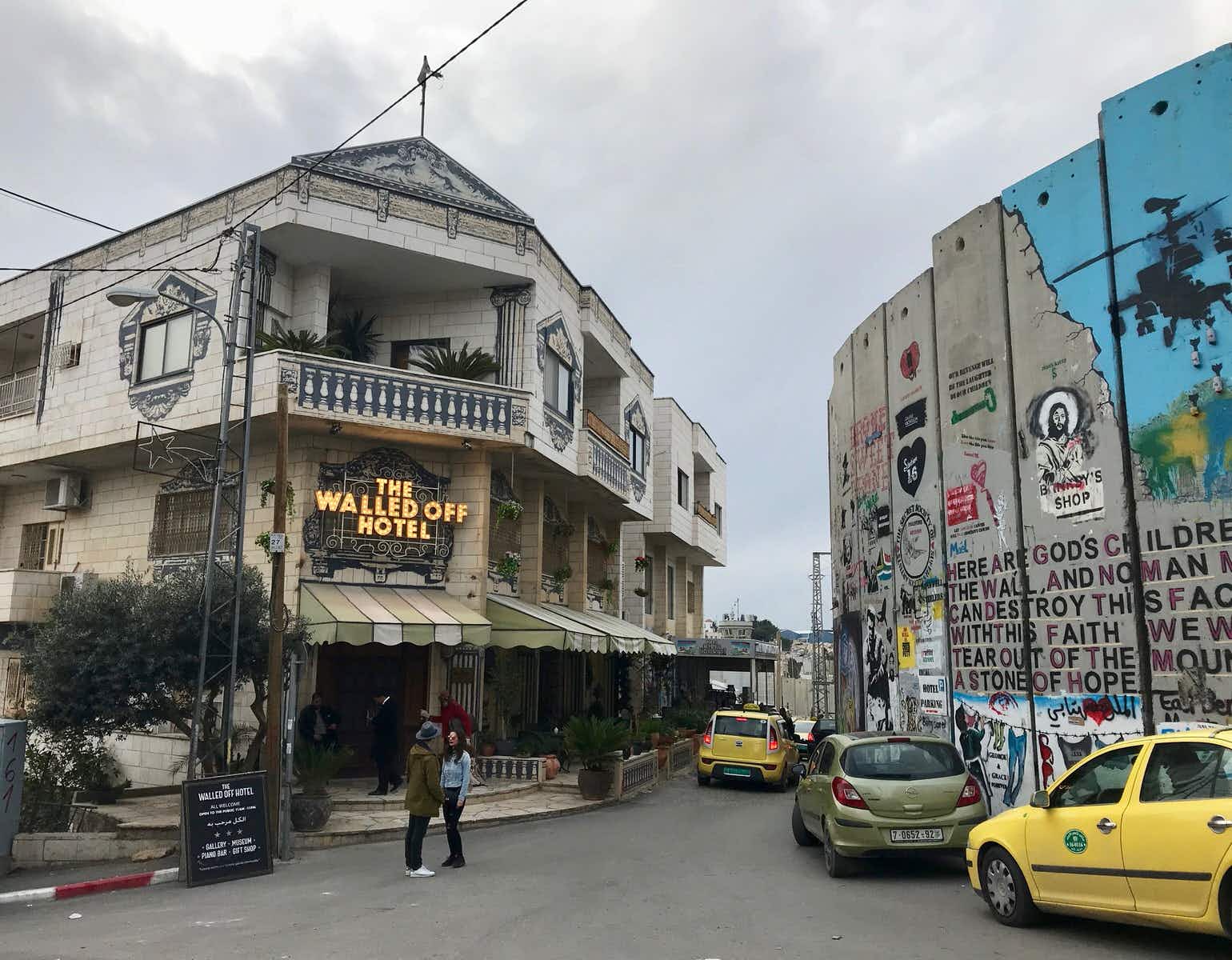 10 authentic places to chill out in the West Bank…