Dos and don'ts for your Everest Base Camp trek 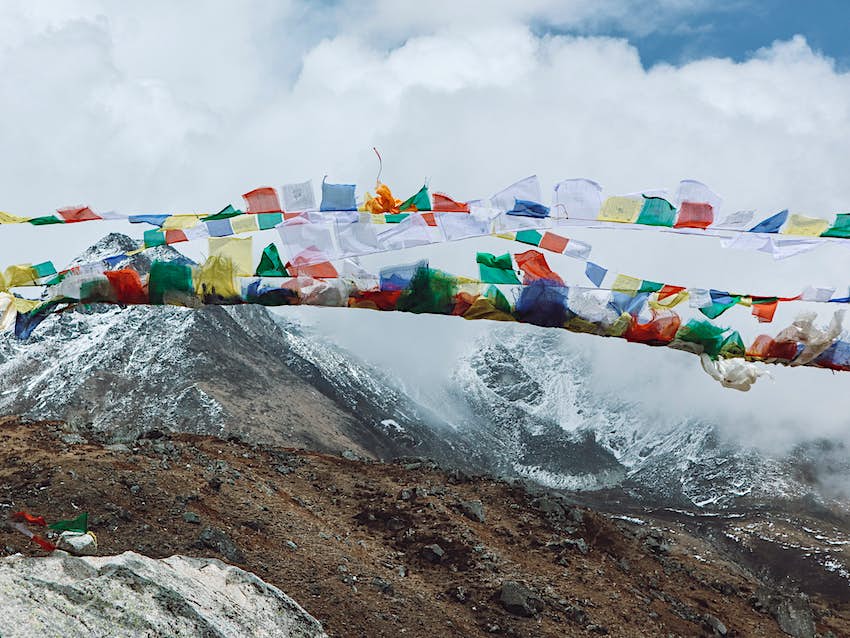 The Everest base camp trek can see over 30,000 visitors a year © Sarah Bence / Lonely Planet

Nepal is gearing up for another trekking season on its most famous routes. For many adventurous travelers, this means ticking Nepal’s Everest Base Camp trek off their bucket list.

The COVID-19 pandemic has meant the route was much quieter in 2020, although it reopened in November. Before that, it was becoming increasingly overwhelmed with trekkers, many of whom could use a lesson in simple etiquette. It remains to be seen how fast tourism will rebound in 2021, but no matter how many people are on the trail, there are ways to make it easier for everyone.

Editor's note: travel restrictions may be in place due to COVID-19. Always check ahead before planning a trip and follow government health advice.

You meet all kinds of people when you travel, but there’s something about the Himalayan trail that can really bring out the jerk in some people. I’m thinking of the European trekker who yelled at my born-and-raised Nepali trekking guide for “walking on the wrong side” (as if there is a correct side of a muddy trail at 14,000-foot altitude).

There are, of course, also subtler ways to be rude on the way to Everest Base Camp, too, which can damage the environment and disrespect everyone from locals to fellow hikers. In an era when even the highest peaks of the Himalayas are trash-strewn and experiencing glacier melt, any uptick in traffic can indeed have an outsize impact.

For travelers who want to have a positive experience trekking to Everest Base Camp – and make it positive for everyone else around them, too – here are some things to be aware of.

The popular Everest Base Camp trek is a multi-day hike into a remote region of the Himalayas. Don't expect 5-star luxury treatment.

I myself am not a fan of early morning visits to squat toilets in unheated teahouses, but I tried not to shout this from the mountaintops. It’s important not to complain about the conditions. When trekkers pass judgement, it can be taken as a personal offense to locals.

Guides do everything they can to make trekkers comfortable, and complaining sends the message that they are not fulfilling their responsibility, even if this is not the intent. Remember that your complaints are often a reflection of your privilege.

Do use the toilet

Speaking of squat toilets, use them. At a certain point, a poo in the woods might sound more convenient than yet another squat toilet, but for the love of Mother Nature, please resist. It’s important to use the provided facilities, not because of the (very real) risk of flashing another trekker, but to maintain drinking water quality in communities along the Base Camp route.

One side effect of more visitors on the Everest Base Camp trail is a very unglamorous increase in human waste – waste which inevitably makes its way into local water systems. That convenient forest wee carries with it implications for the public health of local people and trekkers alike. After all, you aren't the only one who's thought to cut corners by personally watering a tree.

Luckily, trekkers will frequently find public facilities along the Everest Base Camp trail – in teahouses, restaurants, and shops. And if needs must, trekkers can still go in the woods, as long as they make sure to pack out toilet paper and dig a cathole.

Not only are you at the whims of nature on the Everest Bake Camp trail, you're also in a different cultural environment than back home. In Nepal, organizational standards both on and off the trail might be different than what you’re used to.

Remember that trekker who yelled at my guide for “walking on the wrong side” of the trail? There we were, trudging along at 14,000-foot altitude, when he had the gall to run into my guide, and then yell, “It’s Nepal! They drive on the left here!”

First of all, there’s not a right or wrong side on the Everest Base Camp trail – there’s just common sense, and doing your best to not be in the path of an oncoming yak or a porter. Secondly, if this man had spent any time in Kathmandu he might have noticed that even “driving on the left” is taken as a suggestion rather than a mandate in Nepal.

The point is to always be adaptable. Trekkers should try to maintain a certain level of operational flexibility on their way to Everest Base Camp. Aim to adjust to the local culture, rather than impose their own upon it. Remember that you aren't the authority – and that's OK.

Trekking to Everest Base Camp is, undoubtedly, a physical feat. That doesn’t mean it should be treated like a competition. While the Everest Base Camp trek holds significantly fewer risks than actually summiting the world’s highest peak, the root of the risks are the same. When trekkers begin to rush along crowded trails, things can get dangerous.

This is why trekkers should adopt a marathon mentality. After all, base camp isn’t going anywhere. Additionally, a multi-day descent follows the adrenaline-fueled arrival at base camp, which can be bad news for trekkers who burned themselves out on the way up.

Based on my own trek in 2018, the most crowded and jerk-filled area of the trail was the final rush before Everest Base Camp itself. Essentially, there are multiple routes to reach base camp, which funnel down into one boulder field in the final few kilometers. The increase in trekker density, combined with the sight of base camp’s yellow tents in the distance like a dangling carrot, can be a dangerous combination.

Trekkers should remember their marathon mentality, and continue being aware of safety and surroundings as they make that final push. Not only could you prevent an injury or bad experience for yourself, but you could also help someone else make the most of their difficult, expensive trip to Everest, too.

The best of Mount Everest

Do learn the native names

Finally, trekkers should make an effort to learn the native names and history of Everest and its surrounding peaks. This won’t automatically make them an enlightened trekker, but it does show respect toward the local people and culture of which you are a guest.

Everest, for example, was only titled as such in 1865 by a British surveyor, in honor of another British surveyor (Sir George Everest). For centuries before that (and to this day) the world’s highest mountain was known by the local Sherpa people as “Chongolungma,” which roughly translates to “Goddess Mother of the World”.

There are many ways to be a responsible trekker in Nepal – which even include choosing alternative treks to Everest Base Camp. Truly responsible trekkers should also keep in mind these etiquette tips for a culturally sensitive experience that won't leave you feeling sheepish.

This article was published February 2020 and last updated December 2020.