How one Arizona town became an International Dark Sky Community 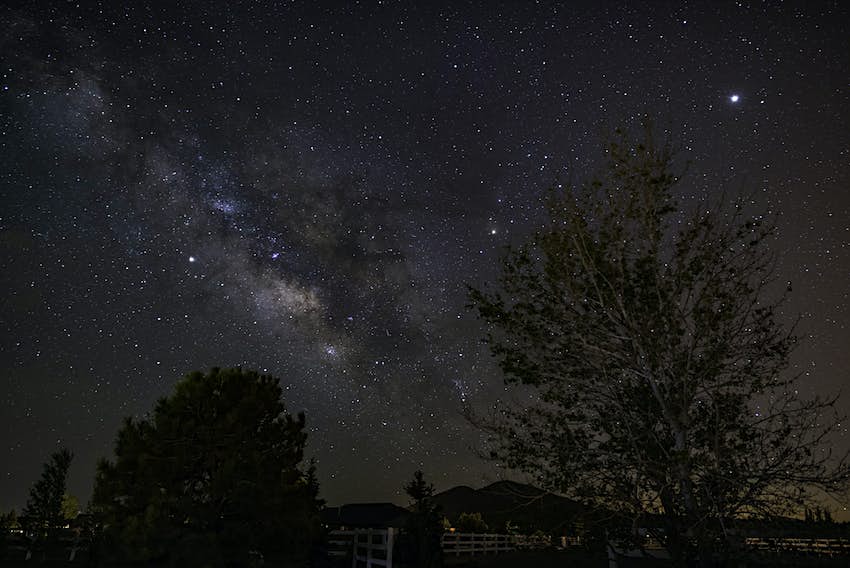 Areas in Arizona have been known to have clear night's skies, but one town was recently designated an official International Dark Sky Community © Geoffrey Hunt / Getty Images

January in Seattle, after 80 days without sun. The clouds hang like a cold, oppressive ceiling. It’s enough to make me reminisce about the generally warm and clear conditions of my hometown of Cottonwood, Arizona. I haven’t lived there for nearly a decade, but last December, my unassuming roots made a bit of a splash: Cottonwood became the latest International Dark Sky Community, one of just 17 in the US.

Cottonwood is located in a stretch of valley two hours north of Phoenix. A small town of around 12,000, Cottonwood is the type of place most people pass through on the way to Sedona or the artsy former mining town of Jerome. With rolling hills but no real high points, Cottonwood’s best visual features are the layers of red rocks that appear at sunrise and sunset, or a glimpse of Flagstaff’s San Francisco Peaks on clear days.

Three neighboring areas have already established themselves as Dark Sky aficionados, so you could say Cottonwood was a bit late to the game. The basic requirements for designation include shielding existing bright lights, reducing over-lighting, and setting curfews for any future fixtures, among other regulations. Support from organizations such as the Chamber of Commerce and companies like the local electric utility are necessary, as is demonstrating community engagement through night sky events.

Christina Anderson works in Community Development for the City of Cottonwood and is one of a handful of people who managed to get the Dark Sky paperwork together after years of starts and stalls. She said tweaking lighting ordinances to fit – which required public comment, planning and zoning commissions, and council meetings – was the most challenging part, simply because it took so much time. The city worked directly with a Dark Sky representative to get it right.

Christina is from Chicago, but she moved to Cottonwood for a change of pace. “I was tired of living in a concrete jungle,” she told me on the phone, a couple of weeks before my visit. She hated that she couldn’t see the stars even after driving an hour into the suburbs. It was different in Cottonwood. “You get to look up at night and see the Milky Way. That’s phenomenal. Why wouldn’t you want to protect that if you could?”

All told, getting Cottonwood its Dark Sky designation took about four years. Christina's compatriot in handling the last push was Bruce Morrow. Unlike Christina, who admires the stars in a broader sense, Bruce likes to zoom in. He’s the head of the local astronomy club, which he joined three years ago after his daughter started studying astronomy and physics at Northern Arizona University.

I told Bruce that I’d booked a trip to do some stargazing, and when he looked at the calendar, I could hear his hesitation through the phone. “That’s a full moon weekend,” he said. “It washes out everything.”

Not my best trip planning at work. Even worse, as my flight approached, reports that the coronavirus was taking hold in Washington started to emerge. But Bruce was still willing to show me around, and I boarded a plane hoping hand sanitizer and regular handwashing would keep me and everyone else safe.

A night out in Cottonwood

Bruce and I decided to meet at Deadhorse Ranch State Park, a 423-acre preserve that I’d never once made it to when I was local. The park had three lagoons dotted with fishers surrounded by yellowed grass and bare winter trees. The sky was patched with fluffy white clouds that I hoped wouldn’t turn to rain.

Bruce was parked in a Chevy truck with an Astronomers of the Verde Valley magnet on the tailgate. When he stepped out of the car, I felt silly: I was wearing shorts and a t-shirt, trying to absorb as much vitamin D as possible. He was in pants and a jacket.

But Bruce was eager to share how the enthusiasm for the night sky in Cottonwood is small but mighty. When there’s not a full moon, Bruce told me, the library hosts star parties or the astronomy club will set up in some surprising areas, like the local skate park (the ground is nicely even for tripods). Tourists aren’t really part of the picture yet – Sedona hotels offered night sky presentations, but in Cottonwood, your best bet was to reach out to the local astronomy club and see if someone would show you around.

We decided to meet up again after dinner on a dirt road past the airport. The moon, as he’d said it would be, was blaringly bright. I could make out Bruce’s entire face without even trying, and we cast dark shadows on the ground.

But there were, I am happy to say, visible stars.

On a darker night, Bruce might have set up a telescope and done what he does best, which is narrow in on planets and nebulae and then step back to show someone else. “The thing that’s great about star parties is that you have people who have never seen Venus or Jupiter or even the moon through a telescope,” he says. “You get that wow moment.”

Instead, he and I talked as he filled in the gaps of my knowledge with the stars that we could see. The eye of Taurus, which led to the horns of the whole constellation. He zigzagged his hand across Cassiopeia and showed me how it led to Polaris (the North Star), which then led to the Ursa Major.

“You’ll notice that Venus isn’t pulsating,” he explained. “Stars, they twinkle. That’s the difference between reflected light [of planets] and stars, which are suns themselves.” Stars are so far away, Bruce told me, that their single beam of light gets interrupted by earth’s atmosphere, which looks to us like twinkling (or astronomical scintillation). Planetary light gets distorted, too, but because planets are closer, their size relative to the distortion makes them appear steadier. Above our atmosphere in space, neither planets nor stars twinkle.

While we talked, Venus made its way across the sky, eventually ducking behind the mountainous horizon. On and off, coyotes yipped from the sagebrush. Just below Cassiopeia, we heard an owl hoot. Even when I’d lived there, I’d never experienced the night sky like this. At most, I’d leaned my head forward to see out the windshield on a late drive home.

Eventually, Bruce and I hugged goodbye. “This was fun,” he said, and I could tell that he meant it – that he would have stood there for a lot longer, sharing everything he knew.

Ultimately, the Dark Sky designation wasn’t meant to attract visitors but to keep locals in love with their small town, Christina told me. More residents were installing rooftop decks with telescopes and it helps that a local commissioner is a stargazer. “There was already that movement here,” Christina said. “We were just trying to ensure that we were protecting it.” If a few neighboring areas join, like Clarkdale and Jerome, the whole Verde Valley could transform into an astronomer’s paradise.

By the time I got back to Washington, the news of coronavirus had intensified. Travel started being canceled in broad strokes, and I realized – like everyone else – the next few months of my life wouldn’t look anything like I’d planned. Arizona would be my last escape for quite a while.

Still, I find comfort knowing that Jupiter and Venus and Saturn continue to chase each other across the sky. Or that in the Northern Hemisphere, we have a star that points us near-perfectly north. Or I think of Bruce telling me that on especially clear nights in Cottonwood, the Milky Way, that cosmic cluster that we call home, is so bright that even it will cast shadows in the dark.

The evening I got back to Washington, my husband called me onto our patio. “Look,” he said. “The stars are out.”

He was right. The clouds had gone. We only had to look up.

Which US Dark Sky Park is right for you?
Astrotourists love these Dark Sky Communities for urban stargazing
6 steps to stargazing from home

5 min read • Published about 19 hours ago