Boats are often overlooked as a way to see the world; we invariably have limited time to get from A to Z so we fly, missing B to Y. In a lot of cases, though, boats are the best, and frequently the only way, to properly see a destination. Here are ten of the best boat journeys the world has to offer. 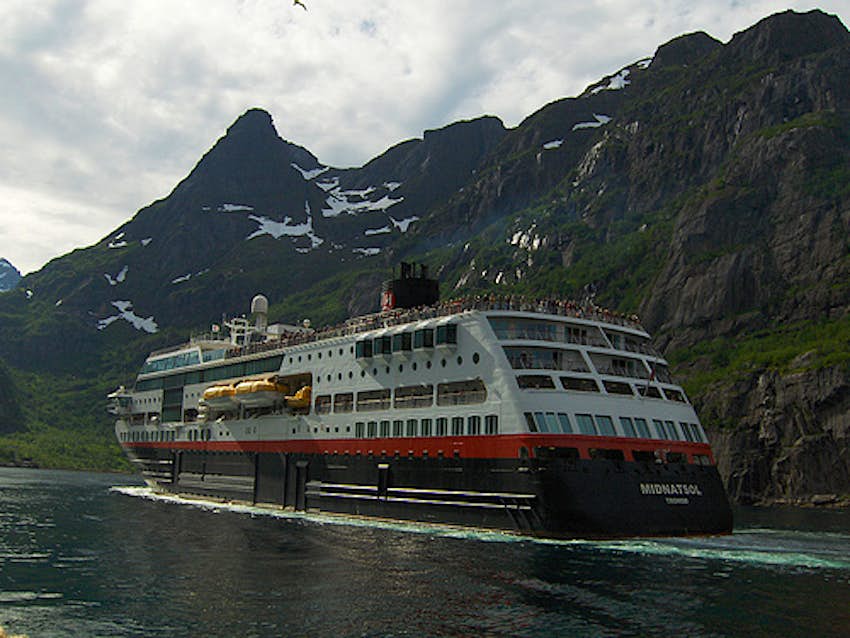 For more than a century, Norway’s legendary Hurtigruten ferry route has linked the numerous coastal villages and towns. Year-round, 11 modern ferries head north from Bergen, reaching Kirkenes before returning. Take the 11-day round-trip that pulls in to 34 ports and offers various opportunities for side-trips, or just cruise a stretch (or two) of this trip. Features on the full itinerary include fabulous fjords and islands that see the midnight sun, medieval monasteries and Art Nouveau towns. 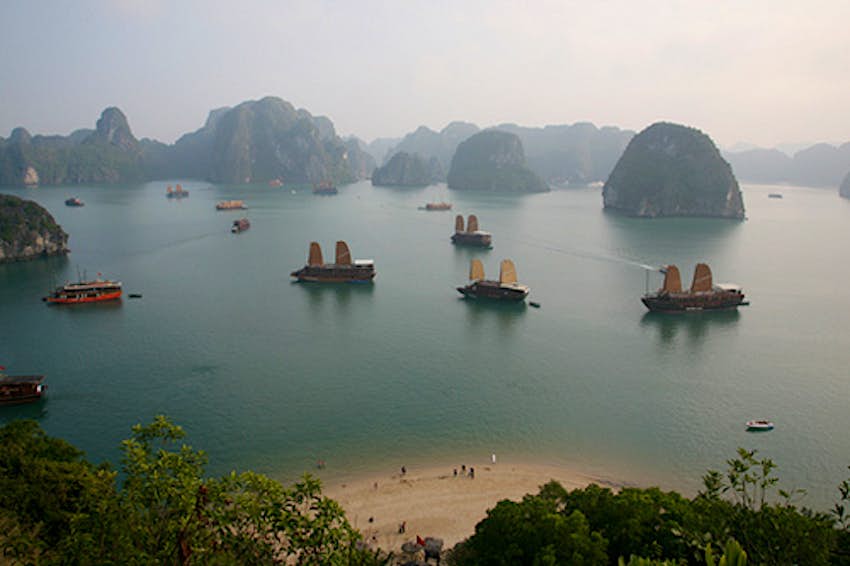 Bobbing on the emerald waters of Halong Bay and moving through its 3000-odd limestone islands is simply sublime. The tiny islands are dotted with beaches and grottoes created by wind and waves, and have sparsely forested slopes ringing with bird tunes. There are more than 300 boats based at Bai Chay Tourist Wharf waiting to sweep you away to the World Heritage waters. Day tours last from four to eight hours, though (recommended) overnighters are also available. 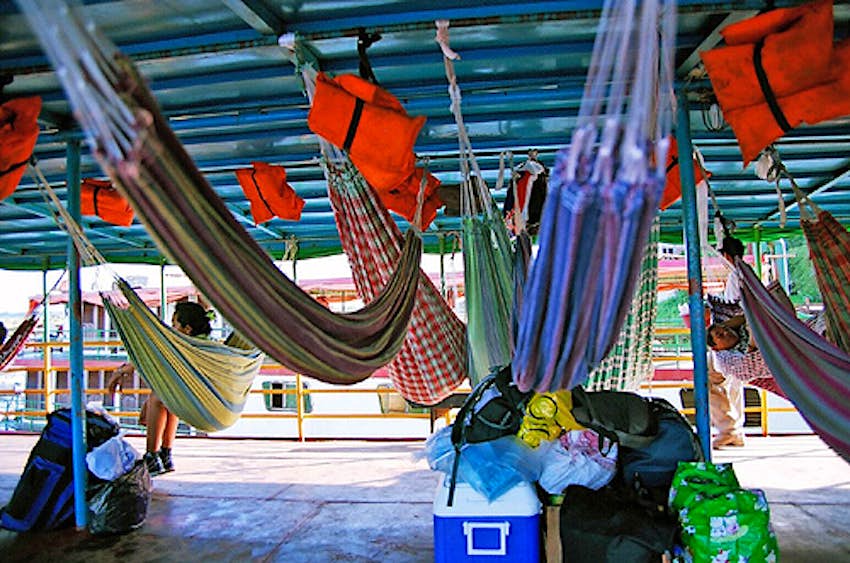 From its inconspicuous source in the Peruvian highlands to its mouth near Belém in Brazil, the Amazon River measures more than 6,200km (3,853mi). Its flow is 12 times that of the Mississippi, and it carries one-fifth of the world’s fresh water. String up a hammock on a slow boat (of varying quality) between Manaus and Belém in Brazil or Trinidad and Guayaramerín in Bolivia. Its edges are crowded with jungle or settlements, and your slow boat can take anywhere from four to six days. 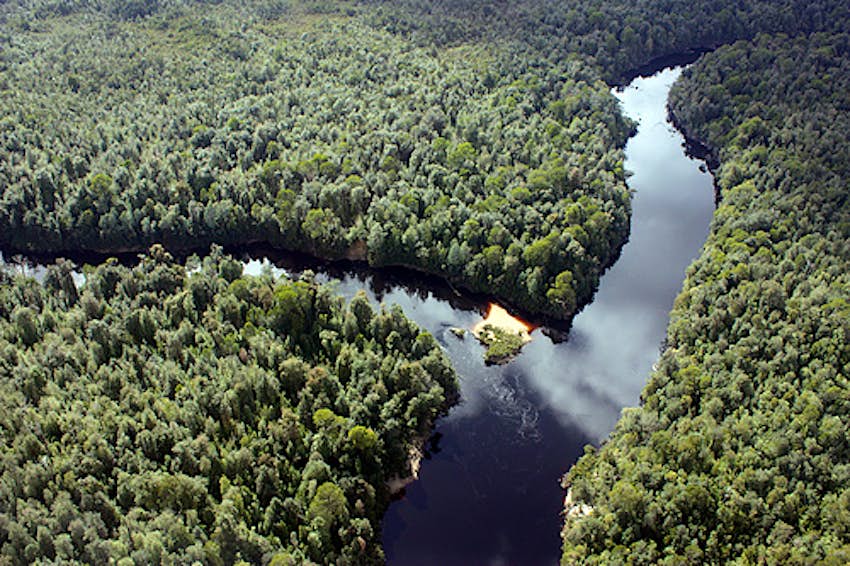 Not for the faint-hearted, rubber-rafting down the wild Franklin River is a challenging and, at times, treacherous undertaking. The isolated wilderness of Tasmania’s World Heritage area protects ancient plants and endemic creatures. Accessing it by boat can only be done between December and March, and requires eight to 14 days – only experienced rafters are eligible. Rafters usually access the unpredictable river – given to fits of flooding – at Collingwood River (49km or 31mi west of Derwent Bridge) and finish at Gordon River, having prearranged a pick-up. 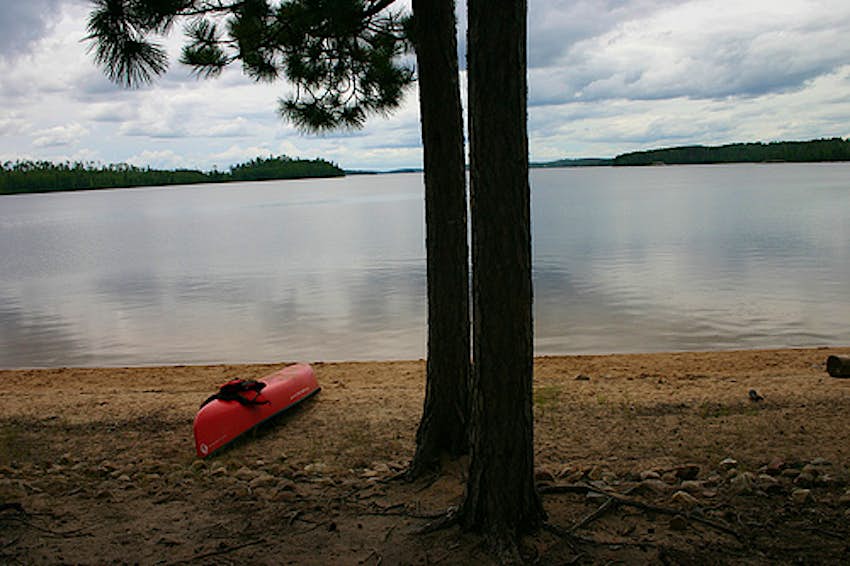 Paddling along the glassy surface of Northern Ontario’s pristine lakes puts you smack in the middle of the Canada's signature wilderness. Combine canoeing and camping to spot moose mooching at the water’s edge or drop a line for a spot of sport fishing. The 4,800-sq-km (1,853-sq-mi) park is known for its remote canoe routes (1,500km, or 932mi, of them), and there are opportunities for guided and self-guided forays in and around the park. 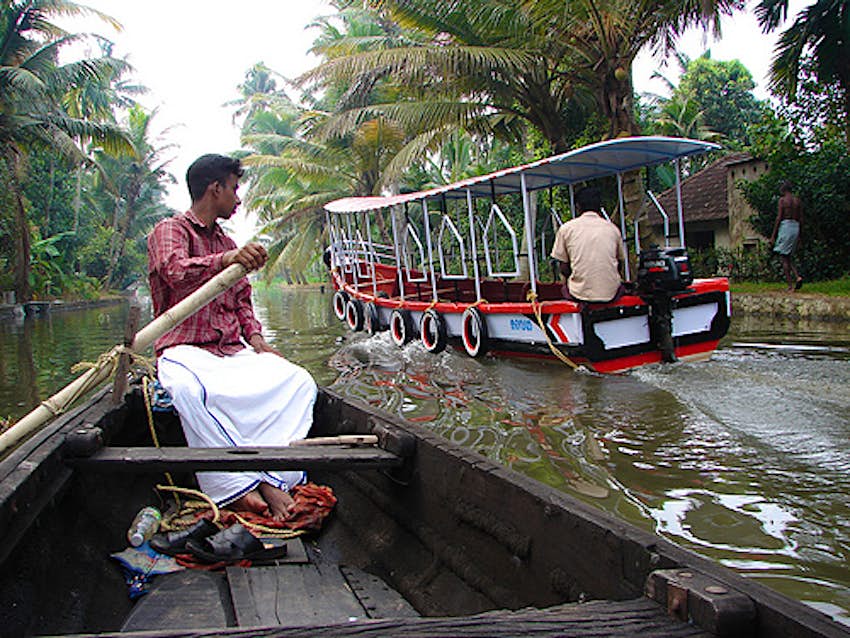 Image by Sarah and Iain

The network of lagoons, lakes, rivers and canals that fringe the coast of Kerala make for some fascinating explorations. The basic little wooden boats cross shallow, palm-fringed lakes studded with cantilevered fishing nets, and travel along shady canals. A popular eight-hour cruise runs between Alappuzha and Kollam (also called Alleppey and Quilon), which includes a landing at the Matha Amrithanandamayi Mission – the residence of one of India’s very few female gurus. 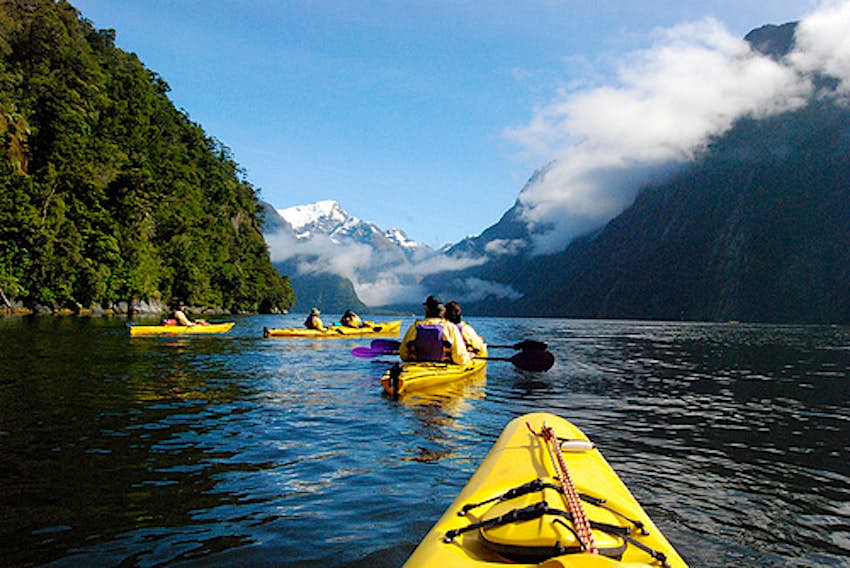 You don’t have to go far to see why Milford Sound is the most visited fiord on New Zealand's South Island. Sheer, weathered walls dominate the serenity here that’s often doused with rains. Cruises run for an hour or two, and depart from a huge wharf – a five-minute walk from the car park. Choose to sail or motor among the spectacular valleys looking for glimpses of the area’s endemic wildlife, such as hoiho or yellow-eyed penguin. Overnight cruises are also worth considering, with boats sailing the full 22km (14mi) length of the Sound and offering kayaking trips to shore. 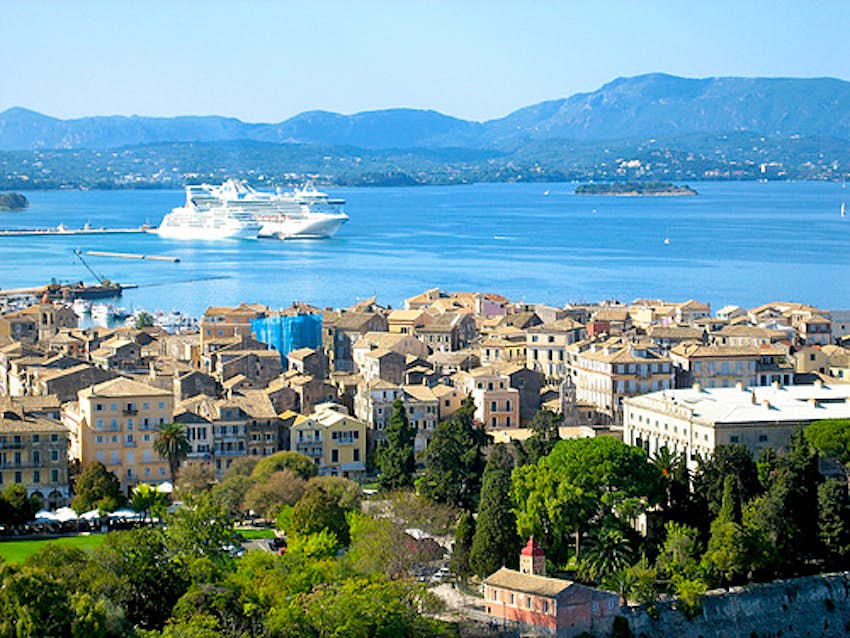 With more than 1,400 islands, Greece has more coastline than any other country in Europe. So it makes sense to hop between at least a few, as the scenery varies dramatically: from the semi-tropical lushness of the Ionian and Northeastern Aegean Islands to the bare, sunbaked rocks of the Cyclades. Every island has a ferry service of some sort ranging from the giant ‘super ferries’ that work the major routes, to the small, ageing open ferries that chug around the backwaters. 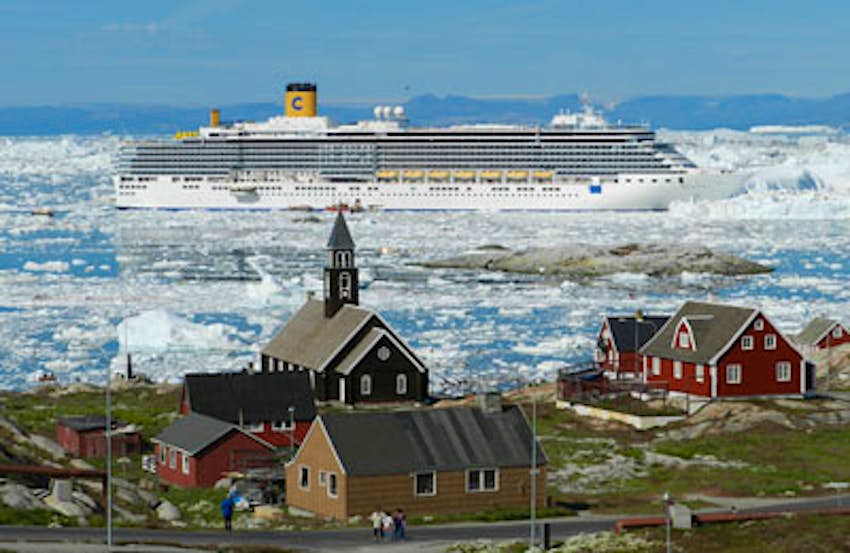 The town of Ilulissat perches at the edge of a 40km (25mi) ice fjord that produces 20 million tonnes of ice per day. To cruise among the bergs is truly amazing. The bluestreaked giants bob about the bay, with their true bulk concealed beneath the surface of the water – seven eighths of larger bergs typically lie out of view. A number of tour operators offer boat cruises around the ice fjords and the Bay in well-equipped vessels. 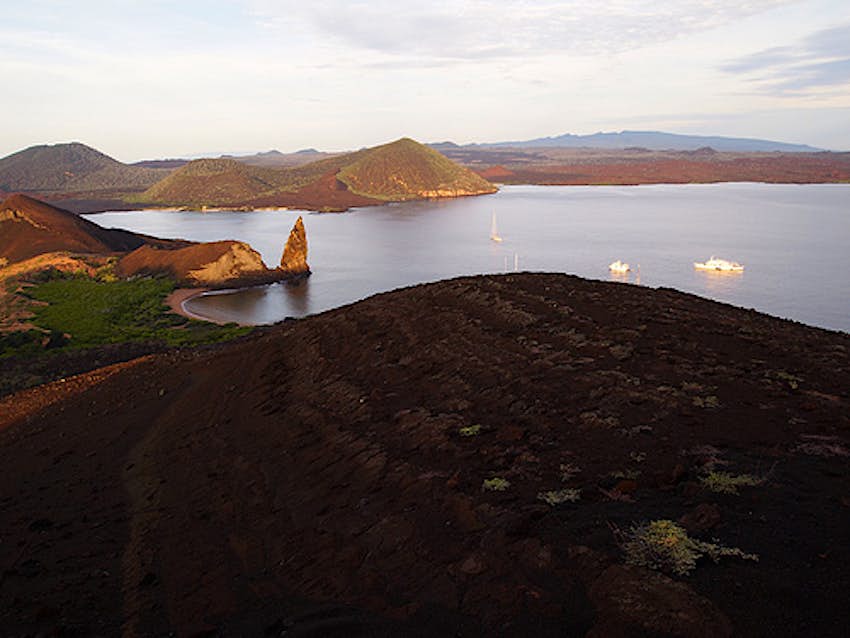 Get on board the wilderness experience of a lifetime by cruising the haunting beauty of the Galápagos Islands – 1,000km (620mi) from mainland Ecuador. Here you can swim with sea lions, float nose-to-beak with a penguin and stand next to a blue-footed booby. Live-aboard boats range from small yachts to large cruise ships, with the most common variety being the motor sailer (a mediumsized motor boat), which carries up to 20 people and cruises for anywhere from three days to three weeks.

7 min read • Published about 7 hours ago