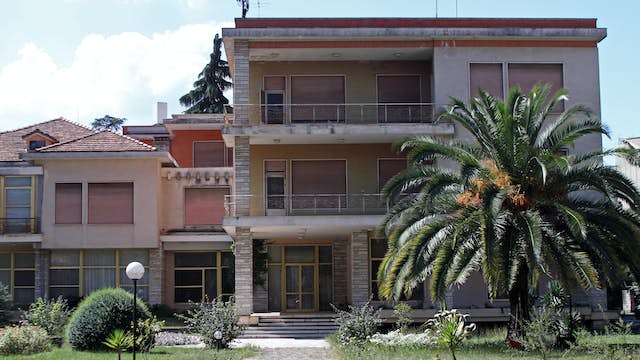 This simple three-storey villa was the home of Albanian dictator Enver Hoxha for decades, and his wife continued to live here for years after his death in 1985. While the Albanian communist leaders clearly lived a much simpler life than their comrades in Romania, for example, it was still another world for the people on the street, who thronged here in amazement when the Blloku was finally opened to the public in 1991. The house is closed to the public.