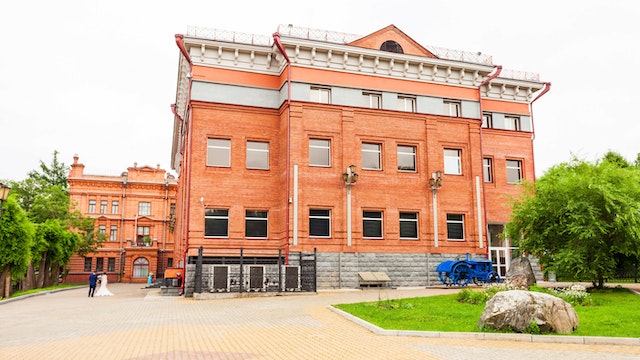 Located in an evocative 1894 red-brick building, this museum contains an excellent overview of Russian and Soviet history, despite not having a single word of non-Russian signage. Galleries take you decade by decade through the past with fascinating propaganda posters, old film clips, audio snippets, black-and-white photos (like the sad crowds gathered at the announcement of Stalin's demise) and rooms with period furnishings and accoutrements that give a taste of what life was like.

There's even a small section devoted to the Gulag (fitting, since the nearby prison population was bigger than the city’s in the 1930s). Another section has garments, sleds and carvings of native peoples. The less intriguing new building has a wing dedicated to the Amur River, with live fish in tanks, and more stuffed animals.