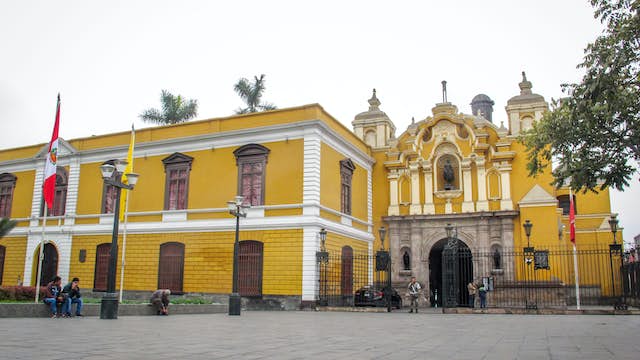 Located inside a little-visited 18th-century Jesuit church, this monument pays tribute to Peruvian battle heroes, from Túpac Amaru II, the 18th-century Quechua leader who led an uprising, to José de San Martín, who led the country to independence in the 1820s. The mosaic-lined crypt holds the remains of Ramón Castilla, the four-time Peruvian president who saw the country through a good piece of the 19th century. The impressive baroque altar, carved out of Ecuadorean mahogany, dates from the 1500s.