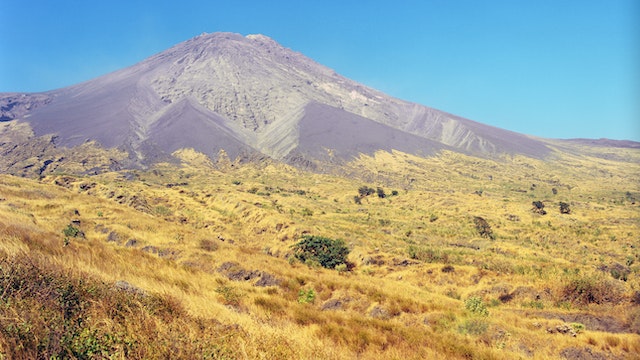 It's still an active volcano and last erupted from late 2014 to early 2015, yet intrepid farmers continue to grow coffee, vineyards and fruit trees on its black slopes. The volcano's cone remains intact and can still be climbed. However, you'll need a good pair of boots and a guide, as the slopes are covered in slippery cinders. The taxing ascent takes around four hours, but the view from the top is magnificent. Afterwards, it's a gentle trot to get back down.