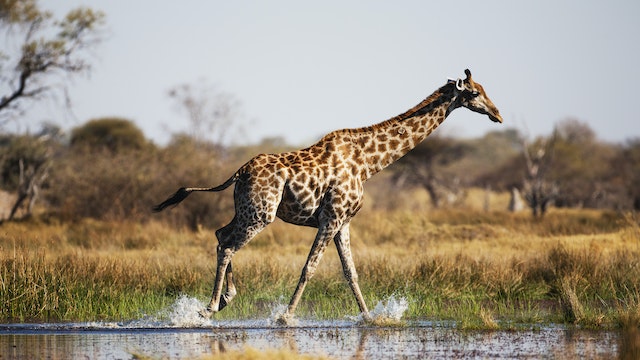 Moremi Game Reserve, which covers one-third of the Okavango Delta, is home to some of the densest concentrations of wildlife in Africa. Best of all, it’s one of the most accessible corners of the Okavango, with well-maintained trails and accommodation that ranges from luxury lodges to public campsites for self-drivers.

Moremi is also unusual because it’s the only part of the Okavango Delta that is officially cordoned off for the preservation of wildlife. It was set aside as a reserve in 1963 when it became apparent that poaching was decimating wildlife populations. Named after the Batawana chief Moremi III, the reserve has been extended over the years and now encompasses almost 5000 sq km.

Moremi has a distinctly dual personality, with large areas of dry land rising between vast wetlands. The most prominent ‘islands’ are Chief's Island, accessible by mokoro from the Inner Delta lodges, and Moremi Tongue at the eastern end of the reserve, which is mostly accessible by 4WD. Habitats in the reserve range from mopane woodland and thorn scrub to dry savannah, riparian woodland, grassland, floodplain, marsh, and permanent waterways, lagoons and islands.

With the recent reintroduction of rhinos, Moremi is now home to the Big Five (lions, leopards, buffaloes, elephants and rhinos), and notably the largest population of red lechwe in Africa. The reserve also protects one of the largest remaining populations of endangered African wild dogs. Birding in Moremi is also incredibly varied and rich, and it’s arguably the best place in Africa to view the rare and secretive Pel’s fishing owl.

Entry fees to the reserve should be paid for in advance at the DWNP office in Maun, though they can be paid at the gate if you have no other choice. Self-drivers will, however, only be allowed entry to the reserve if they have a confirmed reservation at one of the four public campsites.

The village of Khwai has a couple of shops that sell basic supplies. Otherwise, petrol and supplies are only available in Kasane and Maun.