Dawn is tinting the Atlas Mountains rust-red as the rose-pickers of Hdida set out for work. Dressed in flip-flops and djellabas (full-length hooded garments with long sleeves), they follow a dusty path down to the fields and before too long are lost in foliage.

Fruit trees teeter over the trail, laden with figs, dates and oranges. Barley and alfalfa sprout from the orange earth, watered by channels beside the path. Pomegranates dangle from overhanging branches. But the women aren’t here to pick fruit; they’re here to harvest something more fragrant.

‘Can you smell them?’ asks Ait Khouya Aicha, as she pads into a meadow fringed by walnut trees, and heads for a tangle of shrubs. She pulls down a branch: it’s covered by flowers from trunk to tip, shocking pink against the deep-green leaves.

‘These are the roses of the Asif M’Goun River,’ she says, cradling a blossom in her hand. ‘They are famous around the world. But to understand why, you must smell them.’ Pulling on thick gloves, she snips off the flower and breathes in the scent. The perfume is heady and sweet, with notes of honey and treacle.

‘The fragrance is best in the morning, but we must work quickly,’ she says, dropping the flower into a robe gathered around her waist known as a tachtate. ‘The sun will burn the petals and then the perfume will be ruined.’

Within half an hour, Aicha and her companions have stripped the bushes of blossoms, and four sacks have been filled to the brim. They head back to the village, sharing a bag of dates and nuts for breakfast. Twenty minutes later, they arrive at a backstreet garage that doubles as the village’s rose co-operative, where owner Ahmid Mansouri inspects the blossoms, weighs them on battered scales and adds them to a heap covering the concrete floor.

‘These are good roses,’ he says, puffing on a crooked roll-up. ‘But last week we were harvesting twice as many. Next week they will be gone. And that means one thing. It is time for the Festival of the Roses to begin.’

No one is sure how roses first came to this remote corner of Morocco, high in the Atlas Mountains, six hours’ drive southeast of Marrakesh. According to legend, they were carried here centuries ago by a Berber merchant from Damascus; the species that grows here is Rosa damascena, the Damask rose, which originates from ancient Syria and has been celebrated for centuries for its intense perfume.

However they arrived, the M’Goun Valley – or the Vallée des Roses, as it’s known in Morocco – has become famous for its flowers. Every year during the main growing season between April and mid-May, the valley produces between 3000 and 4000 tonnes of wild roses. They’re everywhere: sprouting up from the hedgerows, blooming along stone walls, tangling the borders between farmers’ fields. Each day before dawn, women gather the roses by hand and sell them to co-operatives dotted along the valley. Some are bought by local distilleries to make rose water, soaps and potpourri, but the majority are bought by big French perfume houses, for whom the M’Goun roses command a special cachet.

It’s an intensive – and expensive – business: around four tonnes of fresh petals, or 1.6 million flowers, are required to make a single litre of rose oil, and with each litre fetching around €12,000 (£10,000), the rewards are obvious. But with intense competition from other rose-growing areas, especially in Turkey and Bulgaria, the M’Goun Valley needs to find ways to catch the noses of overseas buyers – and that’s where the Festival des Roses comes in.

It’s the day before the festival, and all along the Asif M’Goun, people are preparing for the party. Halfway along the valley lies the village of Hdida, a cluster of terracotta houses framed by crimson peaks and the blue thread of the river. It’s a hive of activity: girls sit cross-legged on the steps, stringing roses into bracelets, necklaces and heart-shaped garlands, while women stick labels onto rose water bottles and pack dried petals into canvas sacks. On the streets, farmers load crates of flowers onto the backs of battered trucks, before puttering off for town with a crack of the exhaust and a cloud of black smoke, waving to children peeking from gateways as they rattle past.

Everyone in the village has a task to do, and Naima Mansouri is no exception. Wearing in a pink djellaba, hands traced with henna tattoos, she’s making potpourri for the festival. She packs canvas bags with dried petals, tying each one with ribbon and adding a sticker for the village co-op. At the back of the room, petal-filled baskets are piled against the wall, and a copper still glints in the shadows.

‘This year has been good,’ says Naima. ‘The roses have grown well, and we have plenty to sell. And this year we began distilling our own rose water,’ she adds, pointing to the still. ‘Would you like to see where the flowers are dried?’

She climbs up to the rooftop where a carpet of petals is scattered across the concrete, drying in the sunshine. In the distance, the M’Goun River snakes along the valley, a strand of silver-blue in a sea of red rock. Along the horizon, mountains loom, glowing like coals in the afternoon light.

‘It takes two weeks for the flowers to dry. These will be ready tomorrow for the festival,’ Naima explains. ‘Now it is time for tea.’

She heads inside, and soon emerges with a tray laden with a teapot, glasses and a bowlful of rose petals. She lifts the lid and adds the flowers to the pot, stirring it with a long spoon. ‘We drink rose tea at this time of year,’ she says, raising the pot high as she pours to create bubbles in the glass. ‘It is good for the digestion and the circulation. And it tastes nice too.’

She sips her tea and watches a mule cart loaded with pink flowers clatter along the street below. Before the construction of the road, villagers used a network of old paths through the mountains, and even now, many people rely on their mules as their primary form of transport – although these days, the old paths are mainly used by hikers and trekkers, who are seduced by the wild grandeur of the High Atlas: a world of crumbling kasbahs, gorges and mud-brick villages, where storks nest on the rooftops, and peregrine falcons and snake eagles circle in the sky.

‘Welcome! We are glad to have you at the Festival des Roses!’ announces shopkeeper Brahim Tichki, clapping his hands in delight. Around his hole-in-the-wall shop in Kalaat M'Gouna, 11 miles south of Hdida, the shelves are piled with rose products, all wrapped up in shocking-pink packaging. There are soaps and perfumes, shampoos and eaux de toilette. There are ointments, and of course, there are bottles and bottles of rose water and rose oil.

‘Try, try! It is good for the hair! Good for the skin! Good for the heart!’ Brahim trumpets, brandishing a spray-bottle with which he puffs rose water onto the faces of unsuspecting customers. ‘It makes you smell sweet, too! Your wife will be happy!’

On the streets outside, the festival is in full swing. Festival-goers throng the pavements. Street vendors sizzle kebabs over charcoal. Salesmen tout rugs and ceremonial swords. Traders holler for business, and policemen make a valiant attempt to marshal the traffic, blowing hard into their whistles, barely audible above the din of truck engines and drums.

Inside the festival concourse, things are scarcely more organised. Under white canvas tents, the valley’s co-ops are showing off their rose crops. Growers and buyers haggle over terms, sealing deals with handshakes and kisses. Roses are everywhere: tied into garlands, scattered over tables, projected onto television screens and worn as pendants, bracelets and buttonholes. The scent of flowers is overpowering, sweet and fluorescent, with a hint of over-ripened fruit, like a Glade plug-in air freshener on overdrive. But though roses are the main attraction, there are other products on show too: piles of apples and dates, almonds and walnuts, cinnamon and saffron, sourced from all over the Atlas Mountains.

Hannau Amrouch is a Berber elder from M’semrir, a remote mountain village renowned for its apples. Dressed in the traditional garb of her tribe – a flowery djellaba, striped mantle and sequinned headdress, a Berber tattoo inked on her chin – she’s become a local celebrity as a champion of rural women’s rights. For her, the roses aren’t just good for M’Goun’s local economy; they also illustrate the changing role of women in Moroccan society.

‘Life is hard for women in rural Morocco,’ she explains, shaking hands with well-wishers and posing for selfies. ‘There is little education, and most of their time is spent raising their families and working in the fields. But here the women are in charge of the rose harvest; they do the growing and the picking, and often the drying and distilling too. They find confidence and skills, and this is positive for all our futures.’

She disappears into the crowd, pursued by reporters and a barrage of camera flashes. As she leaves, a loudspeaker blares over the crowd, barely audible above the hubbub.

‘Attention all rose-lovers!’ it trumpets. ‘Attention! It is time for this year’s Rose Queen to be announced!’

Across town in Kalaat M’Gouna’s football stadium, it’s a packed house. Every seat is taken, and outside, a big screen in the square broadcasts the action live. At one end of the stadium, a red tent has been erected, where dignitaries and VIPs sit, ready to cast votes. While they wait for the show, dancers and musicians entertain the crowd with desert songs and tribal dances, and a DJ pumps out African house music.

Afternoon shifts into dusk, and the stadium’s floodlights snap on. It’s showtime. Fifteen girls, each chosen from a different rose-growing district, take it in turns to sashay down the red carpet, all smiles and fluttering eyelashes. Their hand-stitched costumes reflect local dress: some wear flowing robes and colourful tunics, others are draped in lacy headdresses, trimmed with sequins, ribbons, beads and brass discs. At the end of the catwalk, each gives a short speech and a brief interview with the compère before disappearing into the wings.

With a crescendo of drums and a boom of fireworks, the winner is announced: it’s Fatima E Zahra El Amiri, a 23-year-old from a village on the edge of the valley. Applause thunders across the stadium, and the winner dissolves into tears as she’s showered with rose petals. Cameras pop around the stadium, and Fatima hugs her fellow contestants as she waves to the crowd and begins one of many victory laps.

Tomorrow, she’ll lead the parade through the centre of Kalaat M’Gouna, but for now, there are interviews to be done, pictures to be taken, grandees to meet. The party will go on late into the night, and she’ll find precious little time to sleep. After all, she’s this year’s Queen of the Roses, and in the valley of the flowers, there’s no greater honour than that.

This article appeared in the March 2017 edition of Lonely Planet Traveller Magazine (UK). Subscribe here or download your digital edition now on iTunes or Google Play.

Oliver Berry travelled to Morocco with support from KE Adventure Travel. Lonely Planet contributors do not accept freebies in exchange for positive coverage. 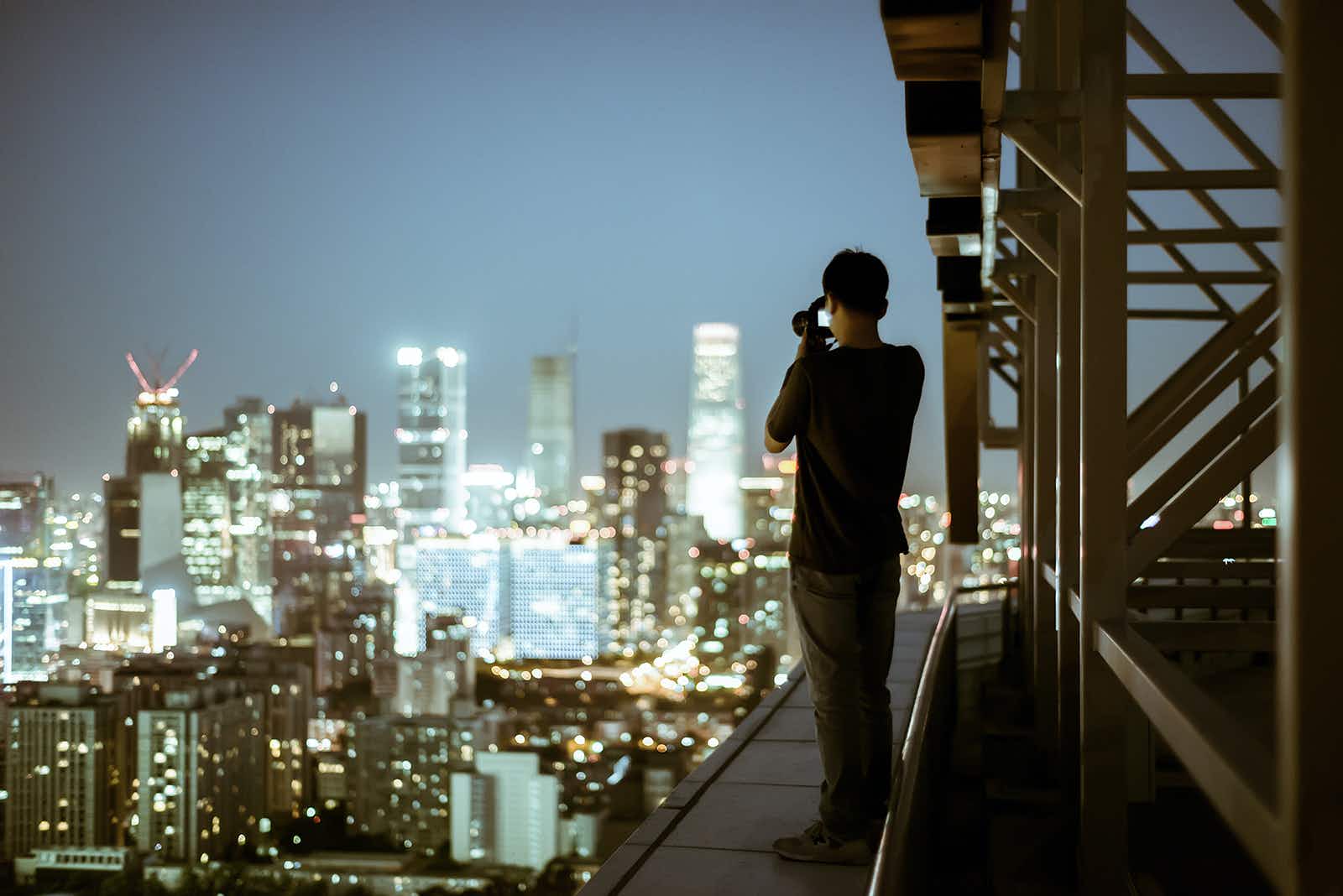 Need for speed: where to find the world's best wi-fi… 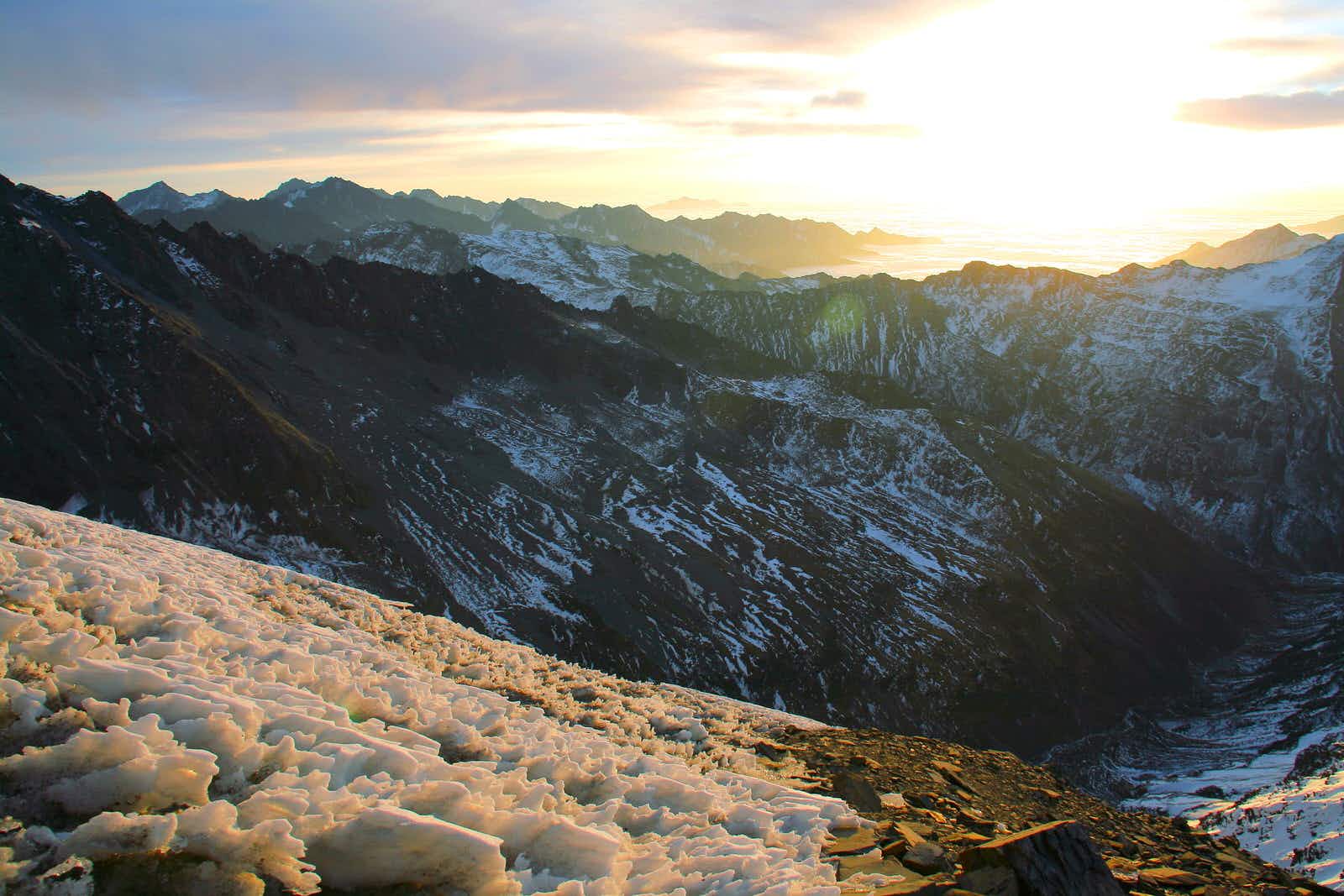