10 lesser-known haunted places around the world 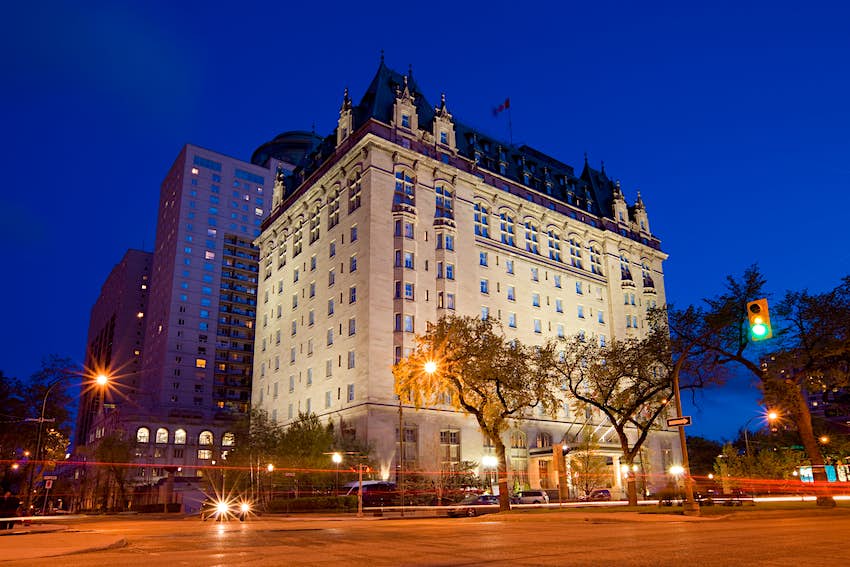 Spend a night in room 202 at the Fort Garry Hotel in Winnipeg, if you dare! © Benedek / Getty Images

With the sheer number of haunted destinations in the world, it doesn't seem fair that well-known creepy sites, like Bran Castle in Transylvania, get all the attention. So here are 10 lesser-known haunted places around the world that will certainly curl your toes.

Most of the unnatural occurrences at the Fort Garry Hotel in Winnipeg are focused in Room 202, where according to legend a woman hung herself in the closet many years ago, after hearing of her husband's death. There have been reports of blood dripping down the walls in the room and guests waking up to an apparition of a cloaked woman hovering at the foot of the bed. Guests of ghoulish inclination can ask to stay in room 202.

The LaLaurie Mansion in New Orleans is the former home of socialite and now-famous sadist (thanks to the television show American Horror Story: Coven) Madame Delphine LaLaurie and scene of horrifying events in the 1830s.

Phantoms of the tortured slaves who died on the property have been reported, along with screams coming from the house. People on group tours have fainted or become nauseous. Actor Nicholas Cage owned the house for a while, though he experienced no unusual happenings while living there

Among the many, many haunted castles in Ireland is the 16th-century Ross Castle, located in County Meath, now serves as a five-bedroom B&B. (Note: this is not the Ross Castle in Killarney). Built by English Lord Richard Nugent, a famously cruel aristocrat, Ross Castle is said to be haunted by his daughter, Sabina.

Having fallen in love with the son of an enemy Irish chieftain, Sabina eloped, but the lovers were caught in a storm as they rowed across Lake Sheelin and Sabina's husband died. She was so distraught that she was unwilling to eat or drink and soon died as well. It's said that both Sabina and the Lord are routinely sighted on the property. Guests have reported hearing voices and doors shutting on their own, sometimes with a startling bang.

4. The island of Daksa – Croatia

Despite being prime real estate just off the coast of Dubrovnik, the island of Daksa is so frightening that no one will buy it. The deserted island was the site of the massacre of 48 Nazi sympathizers, including the mayor, after Dubrovnik's liberation.

The bodies were left unburied, decaying for decades and it’s said that moaning can be heard coming from the island, particularly on stormy nights.

Just south of the city of Orhei in Moldova sits Magnetic Hill, a spooky site with an interactive element. Legend has it that the Nazis committed atrocities in the area and strange happenings have been occurring ever since.

Magnetic Hill gets its name from the phenomenon that if you position your car just right across the road from the hill, and slip the car into neutral, the car will eerily advance despite an opposing incline. If you don't apply your brakes in time, you'll be pulled into traffic on the M2.

The landmark Pfister Hotel is said to be haunted by the ghost of its founder, Charles Pfister, who died in 1927. It's especially infamous among visiting baseball teams playing at Miller Park, leaving some players so creeped out that they will pay out of their own pockets to stay at another hotel.

Staff and guests have reported Pfister's ghost standing on the hotel's grand staircase, strolling around the ballroom and on the ninth floor. Guests have reported their radios and televisions spontaneously turning on, footsteps and knocking in their rooms, moved furniture and personal items and flickering lights.

Located near Cluj-Napoca, Transylvania, locals call Hoia Baciu Forest the “Bermuda Triangle” of Romania. Locals claim the area has been associated with evil for centuries, haunted by peasants that were murdered here, whose souls are trapped in the forest.

People have gone missing, UFOs have been sighted, lights and unexplained electrical phenomena frequently occur and people say they feel they're being watched. Paranormal activity is centered in a barren circle on a plateau in the interior, where no plant life will grow.

8. Island of the Dolls – Mexico

Just south of Mexico City, the uninhabited Island of the Dolls has a sad history mixed with creepy phenomena. The legend is that a girl drowned in a canal surrounding the island and sometime later, dolls began to wash ashore on the island. Julian, the island's only inhabitant and caretaker for some 50 years, hung the dolls from the trees to please her spirit but was later found drowned in the same spot as the girl.

The island is now a tourist attraction with people bringing dolls to hang in order to appease the spirits. The creepiness of the island no doubt adds to the hyperbole of reports claiming the dolls sometimes move their heads and arms, open their eyes, or whisper to each other.

The Boggo Road Gaol penitentiary was notorious for its poor living conditions and was the scene of roughly 100 deaths, including 42 hangings. Queensland's last execution was Ernest Austin and is allegedly the main source of the prison's hauntings.

Austin's ghost is said to harass both prisoners and guards, the latter of whom would do anything to avoid working the night shift, including bribing each other with tobacco. The prison closed in 1989 and reopened as a museum in 1992. Ghost tours are led on Wednesday, Friday and Sunday evenings.

Editor's note: Due to COVID-19 restrictions, a limited number of tickets are available. Check the Boggo Road Gaol Museum website for updates.

Also known as the “Suicide Forest”, Aokigahara is first-rate spookiness at the base of Mt. Fuji. Its moniker comes from its history as a place people come to kill themselves: it's said about 100 people commit suicide here each year.

Signs in both Japanese and English are posted in the forest urging people to seek help, including “Please consult with the police before you decide to die”. Unsurprisingly, people believe that the forest is haunted, both by the people who have committed suicide and, according to legend, elders who were left here to starve to death during times of famine.

Where to see a UFO
Hair-raising encounters: the 5 most haunted places in the US
Get spooked: 5 sensational Halloween destinations

This article was originally published in October 2014 and updated in August 2020.

4 min read • Published about 10 hours ago

1 min read • Published about 16 hours ago

The 10 best day trips in the US Midwest 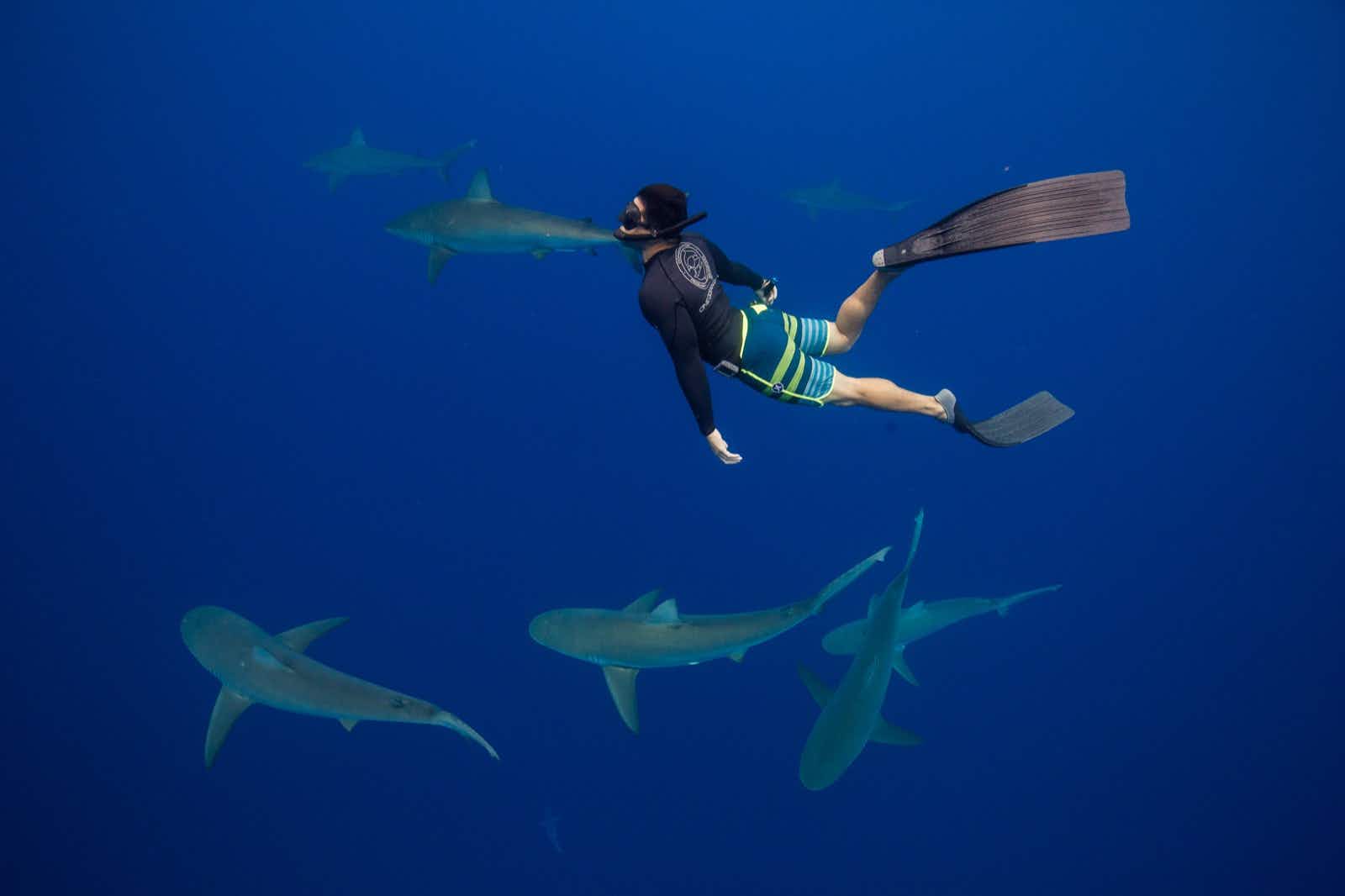 The top 7 places to dive with sharks 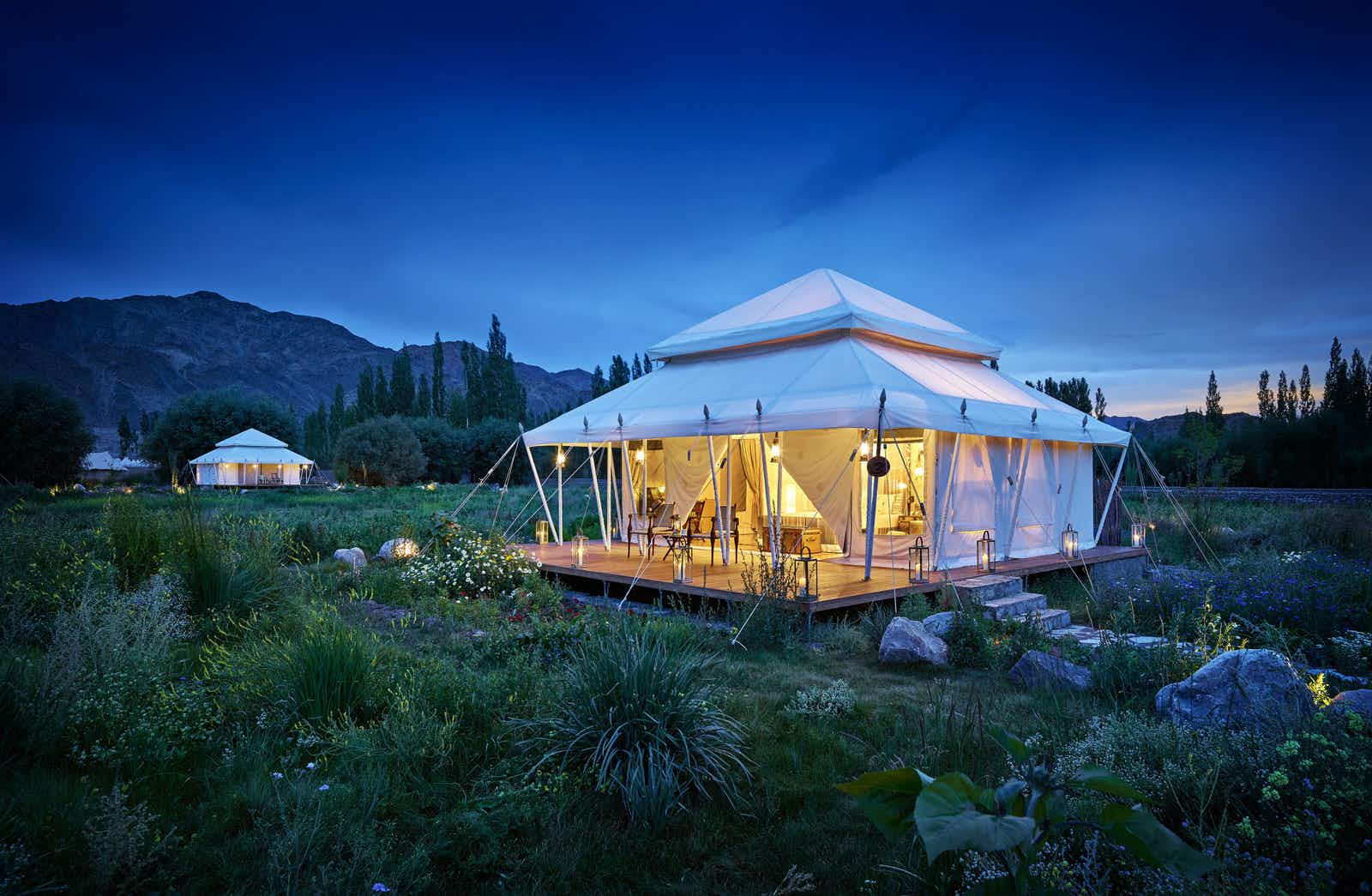 9 of the most remote glamping spots in the world…