As the famous launching off point for many trips to Machu Picchu, Cuzco often serves as a convenient stop for travelers as they acclimate to Peru’s high altitude. At 11,000 feet, Cuzco is a wonderful place to get your body ready for trekking the Inca Trail or the Sacred Valley, but it’s also a city full of historic and modern charms.

As the oldest city in Peru and perhaps the second oldest city in South America (behind Quito, Ecuador), Cuzco’s mix of Inca and Spanish architecture, burgeoning culinary scene and world-class museums and archaeology sites make it a destination worth exploring.

Saqsaywamán, an UNESCO World Heritage Site thought to have been the historic capital of the Inca Empire, overlooks all of Cuzco. The oldest sections of the site are believed to have been built by the Kilke culture, predating the Inca; the Inca later turned the site into a fortress. Jokingly called “Sexy Woman” by the locals, the site’s walls are made of giant stones with rounded edges that fit together perfectly, without space for even a piece of paper to fit. When the Spanish controlled the area, they removed many stones from Saqsaywaman to build the Cathedral and government buildings in Cuzco. Walking through town today, you can see the perfectly cut stones in their second home. The Inti Raymi festival, which honors the Sun God, is celebrated here every June 24.

The Qurikancha Temple, dedicated to the Sun God, was one of the most important Inca temples and was filled with gold walls, statues and altars. Theories suggest the gold was removed and used to pay ransom for a captured Inca ruler. The Spanish used Qurikancha as the foundation for building the church of Santo Domingo, a decision that resulted in a fascinating juxtaposition of Spanish and Inca architecture.

Within an easy drive, there are a number of other archeological sites worth visiting. Moray, near the town of Maras, features amphitheaters made up of concentric terraces and is thought to be agricultural testing grounds for the Inca. Approximately 30 minutes south of Cuzco is the relatively tourist-free site of Tipón, home to impressive aqueducts and irrigated terraces.

All roads in Cuzco seem to lead back to Plaza de Armas. Like most South American cities, this large town square is the center of city life. Architectural gems edge the square and wide sidewalks encourage passage through shops and restaurants. Locals and tourists intermingle, and the square fills with colorful parades and festivals on Sunday afternoons.

The impressive Basilica Cathedral of the Virgin of Asuncion, commonly called the Cathedral of Cuzco, anchors the northeast corner of the Plaza de Armas. Built by the Spanish using stones from Saqsaywamán and reportedly constructed on top of the Inca palace of Viracocha, the cathedral is home to many paintings of the Cuzco School and ornately carved altars. The main altar is covered in layers of silver and is not to be missed. FYI: photos are not allowed inside the Cathedral.

Walking through the city’s main market, San Pedro Mercado Central, is a visceral experience. The stalls along the edges of the market are filled with clothing, shoes, and touristy items – look closely and hidden among the foreign-made products are beautiful handmade gloves, scarves, bags and pottery using traditional techniques and materials. Functioning as the community’s main grocery store, visitors can purchase everything from vegetables to spices to cheeses to freshly butchered meats. Have a snack at one of the many stands selling local delicacies or search out one of the carts filled with homemade sweets. As you leave the market and head towards the Plaza de Armas, head a few blocks down and on the right you'll find a small artisan market with several vendors selling handmade textiles, pottery and art.

Getting to the neighborhood of San Blas requires walking up steep cobblestoned streets, but the winding road and colorful buildings make it worth the trip. This area is known as Cuzco’s artisan district, and the shops here are filled with unique paintings, jewelry, pottery, sculpture and just about anything else you can imagine. The Plaza San Blas, next to the church, is a wonderful place to relax and people-watch. Women from rural communities will often be in the square weaving scarves and gloves to sell, and the plaza hosts an art fair on Saturdays. At the back of the park is a waterfall with steps leading to an excellent overlook of Cuzco.

Cuzco is home to several museums, including the world-class Museo de Arte Precolombino (MAP). This museum is housed in what was an Inca ceremonial court in 1450 AD, and the location went on to become the private mansion of several colonial dignitaries. The building on Plaza Las Nazarenas was renovated in 2003 to become the only museum in Peru dedicated to the arts of ancient Peruvian cultures from 1250 BC to 1532 AD Associated with the famous Larco Museum in Lima, MAP provides cultural and historical context for the incredible art in Spanish, English and French.

The Museo Machu Picchu in the Casa Concha houses the largest collection of artifacts from Machu Picchu, including all of the artifacts returned by Yale University in 2011 and other pieces found during excavation of the site.

Pacha Papa, across from the San Blas plaza, serves traditional Peruvian recipes with local ingredients, including delicious rolls cooked in a wood burning oven. The cobblestoned patio with wood tables and a Peruvian harp player makes it the perfect place to relax over a leisurely meal. Peruvian dishes such as crema de papa soup (cream of potato) and ají de gallina, a creamy yellow chicken stew served over rice, shine at this neighborhood favorite. The grilled meats, fish and pizza are also delicious.

Cicciolina, a few blocks from the cathedral, is a lively, welcoming restaurant focused on preparing Peruvian spices and ingredients with a Mediterranean twist. The restaurant has both a tapas bar and a formal dining area, and the menu brings together ancient and modern food traditions in dishes like the red trout tartar, alpaca carpaccio and crostini of duck prosciutto. The wine list focuses on South American wines.

Several hotels around Cuzco offer visitors the chance to sleep in renovated colonial buildings. The boutique hotel Inkaterra La Casona is a beautifully renovated 16th century manor, built on a former Inca military training ground, that seamlessly combines the building’s history with modern luxury. The JW Marriott is a renovated convent turned five-star hotel. The Palacio del Inka, set slightly a way from the Plaza del Armas, is a luxurious refuge in a colonial building with a large courtyard. 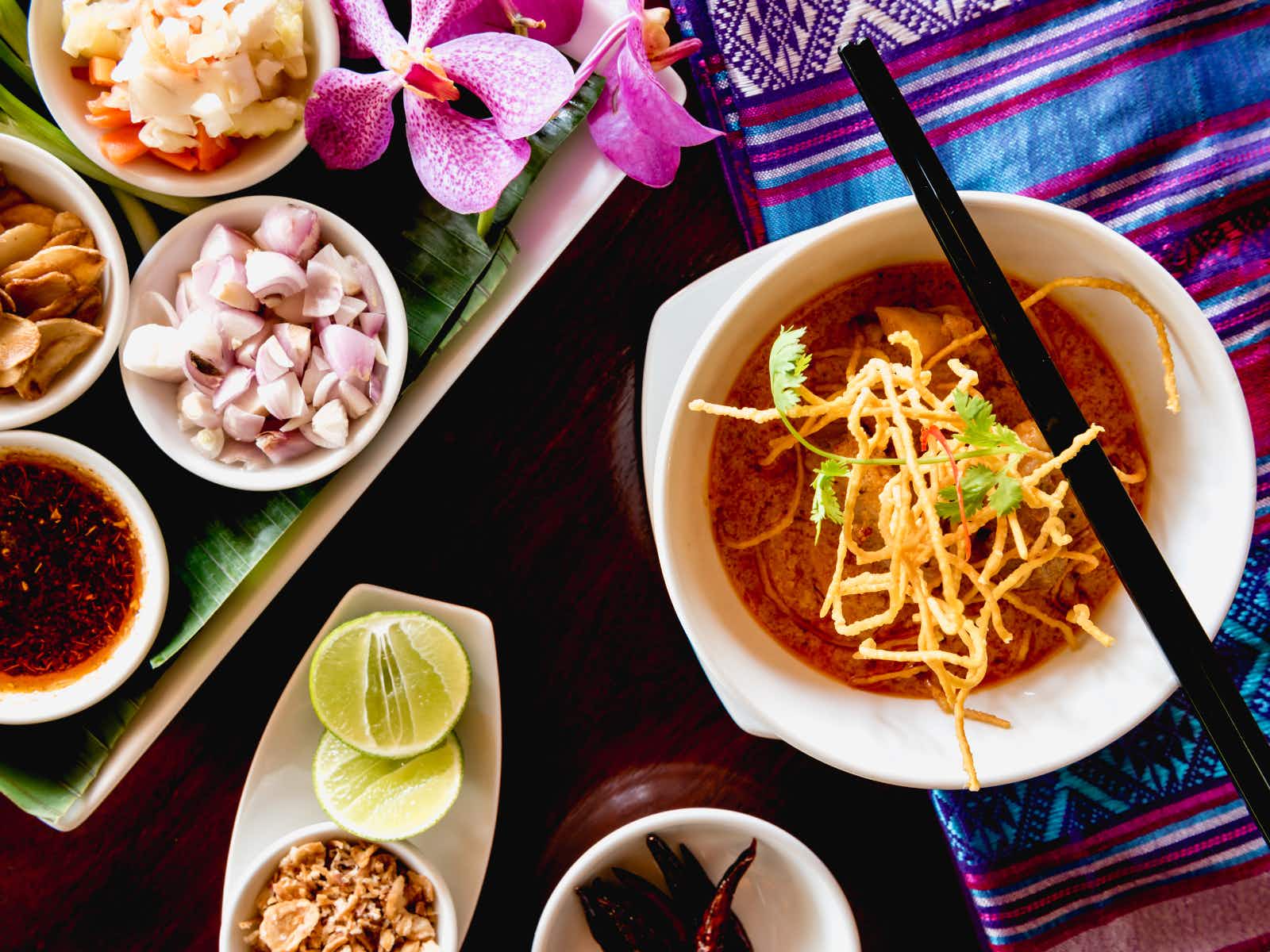 Bowled over: our favourite bowl foods from around the world… 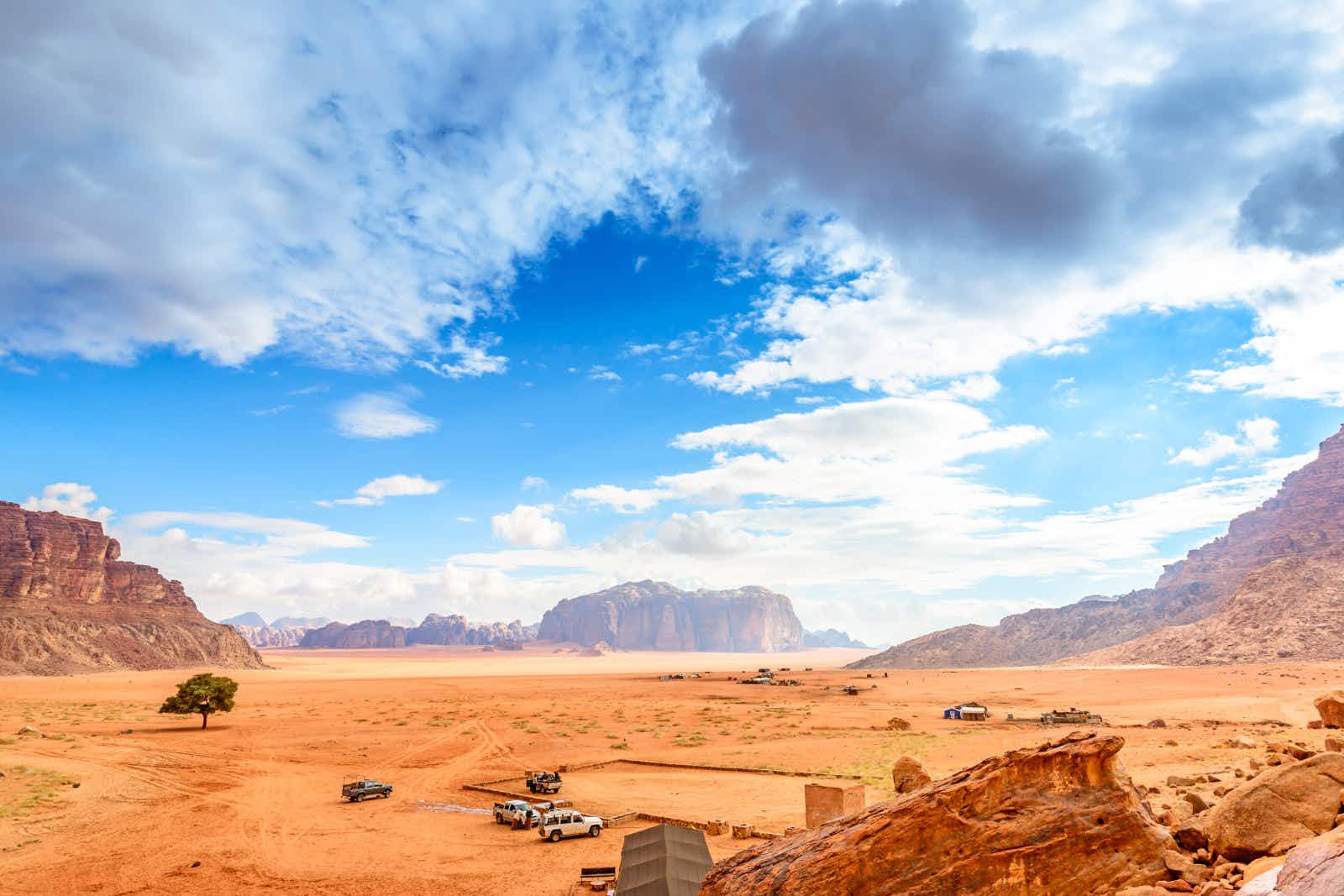