Ireland’s first luxury sleeper train – The Belmond Grand Hibernian – was launched in Dublin this week. With two dining cars, 10 carriages and 20 en-suite cabins all refurbished to the highest standards, the ‘Hibernian’ has brought a new level of luxury to Irish rail tracks.

The lounge on board the Belmond Grand Hibernian. Image by Leon Farrell/Photocall Ireland

Its inaugural six-day tour of the country with 40 people on board  pulled out of Heuston Station yesterday. In terms of comfort, the travelling experience was similar to journeying “in an Irish country house,” according to the Irish Independent.

The bar and lounge on board the Belmond Grand Hibernian. Image by Leon Farrell/Photocall Ireland

While the company has not signposted prices for the tour, it is estimated that six days on the luxury sleeper costs several thousands of euro. For instance, the price of a two-night itinerary with Grand Hibernian begins at €3160 per person.

Mark Donegan waits for the first customers to arrive to board the Belmond Grand Hibernian. Image by Leon Farrell/Photocall Ireland

Four-night tours cost from  €5420 with six-day packages costing around €7722. Belmond says it is aiming for US, UK and European passengers, stressing that it has made hundreds of bookings so far for its Irish journeys.

One of the bedrooms on board the Belmond Grand Hibernian luxury sleeper train. Image by Leon Farrell/Photocall Ireland

The company also operates the Belmond Royal Scotsman and the Venice Simplon-Orient-Express among other luxury train services. Irish Rail is providing operational support for the luxury sleeper, including haulage and stabling. More than 40 skilled craftsmen were employed at Mivan Marine Ltd. in Belfast to refurbish and fit the Grand Hibernian. Ten of the midnight blue carriages are given names from Irish counties – Carlow, Donegal, Down, Fermanagh, Kerry, Kildare, Leitrim, Sligo, Waterford and Wexford.

James Park Associates did the interior design to reflect the capital city’s Georgian architecture. There were also influences taken from the country’s rich landscape as well its flora and fauna. The train is 252 metres in length - the longest in Ireland - while the tours covers 2217km.

The tea rooms on board the luxury sleeper train. Image by Leon Farrell/Photocall Ireland

Guests leave Dublin and travel to Cork, Killarney, Galway, Belfast and Waterford before ending up back in Dublin. Excursions from the train take in Ashford Castle, Titanic Belfast, Blarney Castle, Killarney National Park and the House of Waterford Crystal. Next year Belmond will run from 25 April to 17 October.

Belmond also announced this year it will run the first luxury sleeper train in South America, which will travel one of the highest rail routes on Earth, heading through the Peruvian Andes from Cusco to Lake Titicaca and Arequipa. 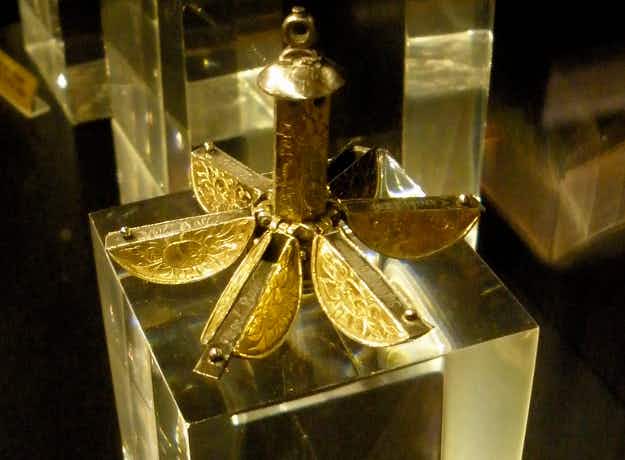 A new museum dedicated to the history of perfume set… 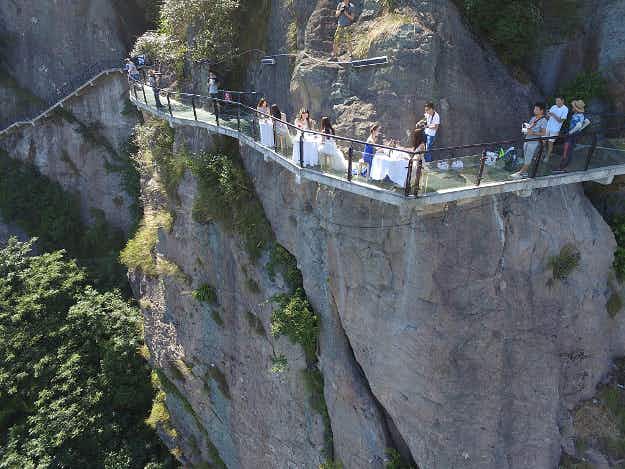 See people enjoy a meal on a glass-bottomed bridge in…