When people talk about the best places to travel, it's often all about a city or a country. But if you forget to think regionally you could miss some of the world's best travel spots. Here are Lonely Planet's picks of the regions to put on your map from Best in Travel 2012. Chosen by a panel of Lonely Planet experts, they've been written up by Lonely Planet authors to give you that most contagious of ailments: the travel bug.

What a wonderful thing: to walk the entire length of a country’s coastline, to trace its every nook, cranny, cliff-face, indent and estuary. How better to truly appreciate the shape – and soul – of a nation? Well, in 2012 Wales will become the only country in the world where you can do just that. Due for completion in May, the All Wales Coast Path (AWCP) will squiggle continuously from Chepstow in the south to near Queensferry in the north – via dramatic serrations, sandy bays and domineering castles – making 1377km of shore accessible. Much of it is already in place, including the spectacular Pembrokeshire coast (a national trail since 1970); a new section from Llanmadoc to Port Eynon, passing Rhossili (one of the UK’s best beaches); and the Isle of Anglesey Coast Path, waving to royals-in-residence Prince Wills and Kate on the way. - Sarah Baxter

Where did the original Maya come from? Why did they disappear? No one really knows. But we do know that in medicine, mathematics and astronomy, the ancient Maya of Central America were galaxies ahead of the Old World. They aligned their temples to form patterns with the stars and created a complex 13-month lunar calendar. This calendar is at the centre of 2012’s end-of-the-world prophecies. Archaeologists have long known that 21 December 2012 marks the end of the Mayan calendar’s ‘Long Count’ (or 13th baktun) and the date is largely ignored by the modern Maya tribe. But 24/7 news, Hollywood movies and apocalyptic blogs have spawned some serious doomsday hype, though others say the date heralds a positive new era of human consciousness. Whatever your view, all this ‘Maya Mania’ makes 2012 the ultimate year to check out the most mysterious ruins on earth. More of a universe than a region, La Ruta Maya (the Mayan Route) spans the Yucatán Peninsula and Chiapas in Mexico, plus Belize, Guatemala and Honduras. - Dan Savery Raz

For most visitors to Kenya the northern half of the country may as well not even exist, yet few other regions of Africa offer such extraordinary variety. This is a land of vast shattered lava deserts, camel herders walking their animals to hidden oases, fog-shrouded mountains populated by giant-tusked elephants, barren islands crawling with dinosaur-like reptiles, acacia woodlands teeming with wildlife and the jade waters of stunning Lake Turkana. It is also an area of unforgettable adventure. Anyone venturing here should be prepared to challenge themselves against appalling roads, brain-melting heat, primitive food and accommodation, and vast distances to be travelled. So why is 2012 the year to go? A massive road construction project is underway throughout many parts of Northern Kenya. So if you wish to experience one of Africa’s greatest adventures in all its dusty and pot-holed glory - before the region is connected to the heart of Kenya - 2012 might be your last chance. - Stuart Butler

‘Shangri-La is a mystical, harmonious valley’, or so goes the description in James Hilton’s 1933 novel, Lost Horizon. Hilton went on to describe a Garden of Eden on Earth: a land of milk and honey in a hidden Himalayan valley, where nobody grew old or ugly. Over the years there’s been no shortage of contenders for the title of ‘Lost Shangri-La’, but now there’s a new kid on the block: Arunachal Pradesh. Sitting exactly where India collides with Bhutan, Tibet and Burma, it’s an ethnic, biological and geographical explosion of peoples, cultures, climates and landscapes – and is one of Asia’s last great unknowns. - Stuart Butler 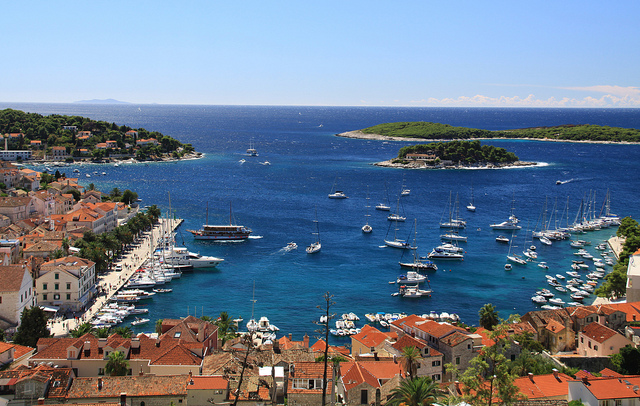 Come high summer, there’s no cooler place in Croatia to get your groove on than Hvar Town on its namesake island. Fabulous suntanned bodies flock to this drop-dead gorgeous spot for round-the-clock fun. Think après-beach parties as the sun dips below the Adriatic horizon, full-moon shindigs and designer cocktails sipped seaside to fresh DJ-spun tunes. Croatia’s party island really is as hot as the marble of the old town when the noon sun beats down. Best of all, on this Mediterranean flyspeck you can still get away from pulsating nightlife. For island bliss unmarred by glitz and bling, get into your birthday suit on the Pakleni Islands just offshore and – bikinis back on – explore the island’s coastline and dreamy interior, with its endless fields of lavender, stretching sea vistas, towering peaks, scenic canyons and abandoned hamlets - Anja Mutic

The Straits of Messina have kept Sicily blissfully isolated for eons. Ever since Homer’s Odyssey endowed these waters with the twin sea monsters Scylla and Charybdis, the Sicilians have counted on this treacherous passage to give them a little bit of breathing space from the rest of Italy. Not for much longer. Prime Minister Silvio Berlusconi has been working overtime to promote his pet construction project, a colossal bridge across the straits that will connect the Sicilian port of Messina with the tip of Italy’s boot. Once completed, the 3.3km behemoth – with towers taller than the Empire State Building – will usher in a flood of new visitors. If you want to experience Sicily’s classic island charms before the whole place becomes a giant Ferrari and Alfa Romeo traffic jam, visit in 2012. - Gregor Clark

Canada’s Maritime Provinces – Nova Scotia, New Brunswick and Prince Edward Island (PEI) – have always exuded the quintessential briny vibe of clapboard fishing villages, clifftop lighthouses and townhall lobster suppers. But there’s new action brewing. From distilleries popping up that turn PEI potatoes into silky vodka to organic farm wineries that crush Nova Scotia grapes into sweet vino, gastronomes are drinking up the rustic region. Stir in the wharfside oyster cafes, mushroom foraging tours and farmstead cheese-making classes, and you have a scene of plenty between sips, too. The tide is pulling especially strongly in 2012, when the Maritimes mark the 100th anniversary of the Titanic disaster. - Karla Zimmerman

There isn’t a bad time to turn up in the world’s top adventure playground. There’s nonstop outdoor activities year-round in the resort towns of Queenstown, Wanaka and Te Anau, as well as the surrounding mountains, lakes and national parks. It’s not just the unbelievable alpine scenery. Where else can you ski in the morning and golf or water-ski in the afternoon? Head out hiking and drink water from mountain streams…then down more potent liquids in vibrant resort nightlife when the sun goes down. Raft down white-water rapids, tandem paraglide from craggy peaks or hike worldclass trails such as the Milford, Routeburn and Hollyford tracks. Add excellent wineries and superb restaurants, and what more is there to say? - Craig McLachlan

Borneo is to Malaysia and Indonesia as Hawai‘i is to the USA – a tropical island getaway. And the secret is nearly out: Borneo is one of the last remaining tropical paradises that won’t break the bank. The East Malaysian states of Sabah and Sarawak, tiny but oil-rich Brunei and Indonesian Kalimantan are home to the world’s oldest rainforests, the region’s third-highest peak and some of the world’s best diving. The indigenous Dayak peoples add a layer of intriguing cultural complexity and, of course, there is also that cutest of primates – the cheeky orang-utan. Better still, your budget will go a long way here. A typical meal in a local coffee shop will only set you back US$2 and tourist numbers are only 10% that of mainland Malaysia or Indonesia. - Shawn Low

With quiet country roads wending through vine-striped hills and wild stretches of coastal sands interspersed with misty islands, the Atlantic coast is where the French get back to nature. Much more laid-back than the Med (but with almost as much sunshine) and ideally suited to family holidays, this is a place where you can slow the pace right down. And there are numerous ways in which to do this. You could spend a morning quietly greeting curious ducks as you kayak down the glowing green canals, rivers and streams of the Marais Poitevin. You could cycle over the lazy landscapes of the dreamy Île de Ré or raise a glass in the pretty town of Cognac. Or soak up the salty air of the white city, La Rochelle, after exploring its fascinating museums and breathtaking aquarium. Poitou-Charentes is far from undiscovered – French tourists have been flocking here for years – but aside from the city of La Rochelle (an increasingly popular weekend break destination thanks to arrival of budget airlines), the area is woefully under-visited by foreigners. - Stuart Butler 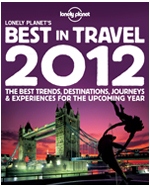 For all your travel inspiration and tips for the coming year from Lonely Planet's experts, get Best in Travel 2012 now!

Best in Travel 2012 also available on the iBookstore.