How to learn a language without leaving your house 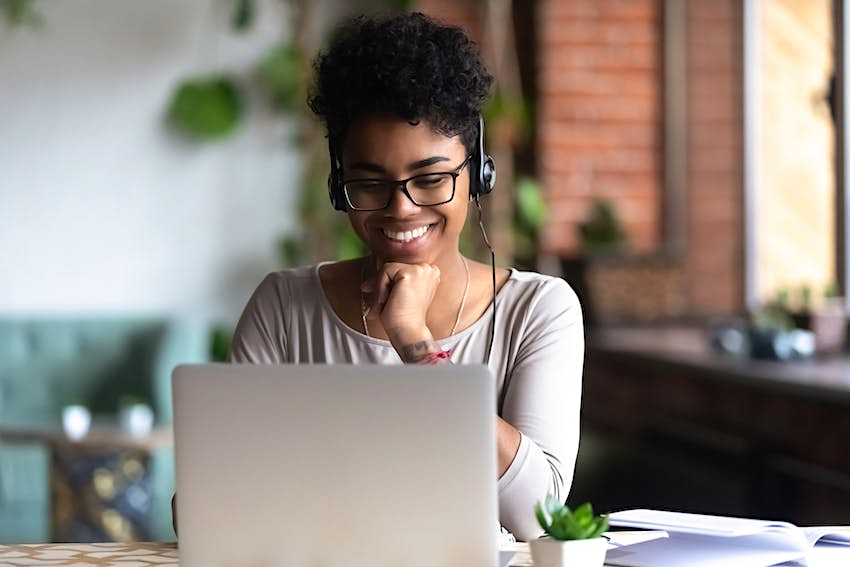 Brushing up on your Spanish? Want to master Chinese? Whether you're still isolating or just have some downtime over the holidays, there has never been a better time to learn that foreign language that has been on the to-do list.

Orla Neligan maps out the best ways to master it without having to leave your house.

Like anything we want to master, language learning is best when broken down into manageable, achievable goals. There’s no point declaring your wish to be fluent by this time next month if you’re going to fall at the first hurdle and give up entirely. Ask yourself what you want to achieve and by when and build it into each day. Phil McGowan, director at verbMAPS, recommends setting yourself a tangible goal such as being able to read a foreign newspaper or magazine article without having to use a dictionary. But choose ones that you like; if you don’t normally pour over Cranes Today or Fashion Doll Quarterly, you’re not likely to enjoy it in a different language.

"Are you allergic to llamas?" isn’t likely to be top of your phrase list, so memorising words you don’t necessarily need can be a waste of time, not to mention dull. Although there’s more than 170,000 words in the Oxford English Dictionary, a native speaker will only use approximately 10% of those words. Studies have shown that the most common 100 words in any language account for 50% of all spoken communication. You can get the basics from fluent-forever.com which has a list of more than 600 words to make yourself understood in any language, organised by theme for easier memorisation.

Famous hyperpolyglot (multilingual speaker) Cardinal Giuseppe Mezzofanti was purported to be able to speak 72 languages, and that was in the 1700s. His method? Learning the Lord’s Prayer in every language meant he was able to synthesise the language’s natural rhythms. Author and life hacker Tim Ferris, who speaks five languages fluently, uses a similar hack: 12 simple sentences that deconstruct and expose much of a language.

“I eat the apple; John gives me the apple; it is his apple – these sorts of sentences allow me to understand the architecture of any language: past tense, pronouns etc,” explains Ferris, who keeps those sentences at hand on one page so he can refer to them regularly. According to Ferris, what you study is also more important than how you study: you’ll get more from a few hours if you study common high-frequency words. He recommends committing to using 10–20 flash cards per day, available from sites like ankiweb.net.

Native South American Major League baseball players have famously cited the TV show Friends for their English proficiency. Similarly the Spanish telenovela, with its repetitious plots and overt emotions, has often been used to bridge the gap between textbook speak and how people actually talk (if you can handle the melodrama). But if a good chunk of your time is spent bingeing on Netflix, you could be learning something from the comforts of your sofa while also enjoying movies like Cinema Paradiso, Cable Girls and Goodbye Lenin, with its LLN (Language Learning with Netflix) tool that allows viewers to watch foreign movies with subtitles both in the original language and English, pausing automatically to help the listener to absorb the language they are trying to learn.

It’s unlikely you’ll be writing novels in French but a few minutes a day on language apps like Duolingo or Babbel will teach you basic conversational phrases. Since its launch in 2012, more than 30 million people have downloaded the free Duolingo app which delivers lessons through gamification challenges.

“Learning a language is generally a marathon, not a sprint,” notes Michaela Kron, lead PR manager at Duolingo. “Everyone is at different levels and there’s a big misconception that fluency is the end goal when, in fact, learning a language doesn’t mean learning everything. We use AI to respond to your individual responses and make it fun.” Automated feedback when a learner makes an error makes it easier to understand your mistakes, and the 13 courses also offer helpful tips. “To get the most out of Duolingo, we recommend making language practice a daily habit,” says Kron, who also suggests using the Duolingo stories and the podcasts for Spanish and French learners as parallel learning tools.

If learning while you do the dishes appeals to you multitaskers then Irish polyglot Benny Lewis suggests streaming foreign radio stations via TuneIn to fully immerse yourself. Podcasts, too, cover a variety of topics and speaking styles. In particular, the News in Slow offered in French, Italian and Spanish is slow enough to give you a chance to gain an understanding of current news topics without getting too frustrated. Similarly Slow Chinese and Slow German are great for beginners and Coffee Break Languages breaks the usual ‘listen and repeat’ format with more casual lessons that feel like you’re going for a coffee, but still developing your language skills, confidence and cultural knowledge to boot.

“Use every opportunity to get exposed to the new language,” says Russian TED Talk translator Olga Dmitrochenkova. She suggests labelling every object in your house in the language of your choice, read kids’ books and newspaper articles in it, watch subtitled TED and TEDx talks, try resetting the language on your phone and your browser and talk to your pets or answer family members in your target language. “These simple things can really help you learn new words right away.”

For perspective and feedback, nothing beats speaking to a native. Now you can do it without leaving your sofa thanks to online platform italki.com, which connects students with teachers around the world through one-on-one lessons, at your own pace and schedule. The guided conversation is done through Skype or FaceTime sessions and rates are low (from US$10/€9 per hour). You can also avail of the 30-minute trial lessons on sign-up, allowing you to explore different teachers without the commitment. If you prefer more of an out-of-body language learning experience, you can join the three-dimensional world of Second Life, where a mix of ‘avatar’ teachers from schools such as Cyprus Chat and LEO will guide you through a range of simulated ‘real life’ situations from shopping in a supermarket to more adventurous pursuits like auditioning for a movie. Who said learning a language was boring…

This article was originally published in March 2020 and last updated December 2020.

6 ways to satisfy your travel bug when you can't leave the house
The Travel Kitchen: Irish stew
The best new travel books