Everything you need to know about Interrail passes in Europe 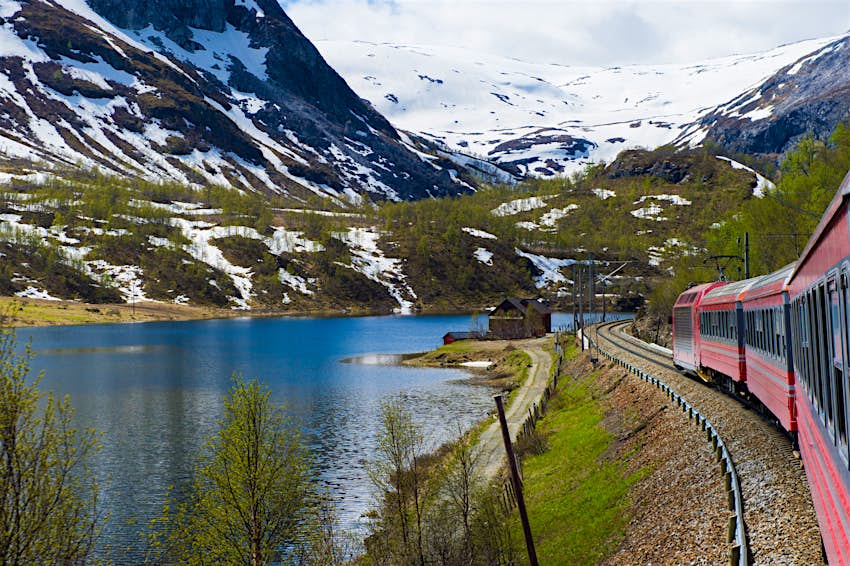 Using an Interrail pass to ride trains around Europe has been a rite of passage for travelers since the 1970s, when the Berlin Wall was still standing and Spain was a dictatorship.

Of course, much has changed in Europe since then, but the Interrail pass endures as the ultimate ticket to ride. Here's a guide to get you started on an Interrail adventure around the continent.

What is an Interrail pass?

An Interrail pass is a ticket that allows European travelers to roam the continent by train and ferry for a set number of days or months. (The train pass for non-Europeans is called Eurail, but the prices and premise are the same.) Interrail's Global Pass is valid for travel to more than 40,000 destinations in 33 countries in Europe, or the One Country Pass is valid for a single nation of your choosing.

What countries can I visit with an Interrail pass?

More free Interrail passes are up for grabs next year

Which Interrail Pass should I buy?

Interrail's Trip Planner can help you determine which pass is best for you, but if you're looking to cover more ground, then the Global Pass is the obvious choice. Travelers looking to explore one destination in detail, meanwhile, should opt for a One Country Pass.

How much does an Interrail pass cost?

The cost of an Interrail pass depends on several factors, including how old you are and how many days you want to travel. Youth travelers, which Interrail defines as age 12 to 27, pay €185 for the cheapest Global Pass, which allows train travel for four days in a one-month period. The youth price for a three-month unlimited pass is €677. Adults age 28 to 59 pay €246 and €902 respectively for the same passes. Although adults pay more, they can travel with up to two children for free, making an Interrail pass an affordable way for families to see Europe. Interrail offers discounts for seniors (travelers 60 years and older), who pay €221 and €812 for the same passes.

Interrail passes have other costs too, which can sting if you don't do your research. For example, the Global Pass can be used for only one outbound and one inbound journey in your home country. And then there’s the issue of seat reservations, which are compulsory on long-distance trains in France, Italy, Portugal, Spain, and Sweden, and on the Eurostar between London and Europe. Seat reservation fees start at around €10 a journey, but can be as much as €35, potentially adding many euros to the cost of your trip. It might be worth considering one of Interrail's Premium Passes for Italy or Spain, which provide free seat reservations.

Is an Interrail pass worth it?

If you're only going to make a handful of train trips, you might be better off buying individual advance tickets rather than an Interrail pass, says rail expert Mark Smith, better known as The Man in Seat 61.

“If you only want to make one or two journeys, and you know when you are going to make them, just go online and book your tickets as far in advance as possible to get the cheapest rate,” Smith says. “If you want to explore Europe extensively and have the freedom to wake up in the morning and say ‘where shall we go today?’ you are in Interrail pass territory.”

Although booking individual advance tickets can also work out cheaper than an Interrail pass for long itineraries, Smith advises against doing this. “You only need one landslide, fire or national rail strike to bring the whole house of cards crashing down,” he warns.

Can I use an Interrail pass on night trains?

You can use an Interrail pass to ride night trains, but more often than not Interrail pass holders will need to pay an additional fee to reserve a cabin. The Night Train section of the Interrail website has more information on Europe’s sleeper trains, which often get booked up in advance. If you want to ride Europe's night trains, it's essential to plan ahead.

What are the benefits of having an Interrail pass?

Beyond train travel, Interrail passes also allow free or discounted travel on European ferries, meaning travelers can go island hopping in Greece, Spain and Italy. There’s a dedicated Interrail Greek Island Pass, which allows visitors to travel around 53 islands in Greece for four or six days within one month. Interrail pass holders can also get discounts on tourist attractions, bicycle rentals, bus journeys, accommodations and even SIM cards. There's a huge list on Interrail's website under Pass Benefits and Discounts.

You might also like:
Europe’s top 10 scenic train journeys
Sleeper trains are back on track in Europe with exciting new routes to travel
Travel from Barcelona to Madrid from €10 on Spain's new high-speed train

What you need to know about Canada's "suitable quarantine plan" requirement

3 min read • Published about 4 hours ago

Tokyo 2020 is here - but what happens to Olympic venues after the Games?

3 min read • Published about 6 hours ago

The 10 best things you can do for free in Baltimore

6 min read • Published about 21 hours ago