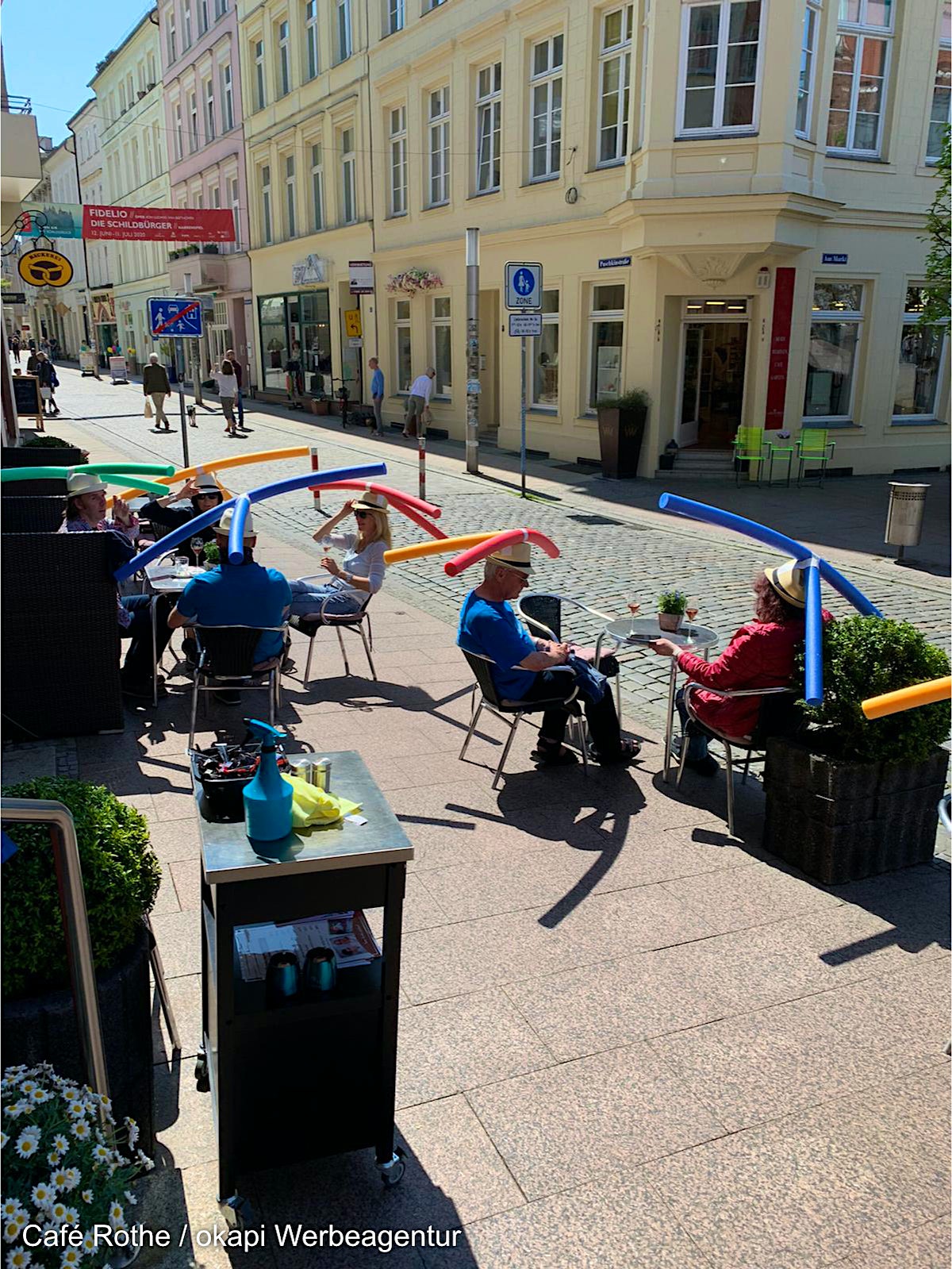 Patrons are not required to wear the hats all the time, but they're still intended for a funny photo op © Cafe Rothe / Okapi Werbeagentur

With phase two underway in several countries, bars and restaurants are finding new and creative ways to continue their business and ensure social distancing among their patrons. For example, a hat made with pool noodles.

Patrons of the Cafe Rothe in Schwerin, a city in northern Germany, went viral recently because of their funny hats made of two crossed pool noodles – a quirky hack to make sure that the safe distance of 1.5 metres is observed at all times, even when people are sitting together at a table.

Read more: Take a look at this Italian piazza set up for social distancing

The cafe’s owner, Jacqueline Rothe, told Lonely Planet that the idea came about for the first day of reopening after the lockdown. A crew from the German television channel RTL came to film the cafe for a story about the lockdown easing up and the pool noodles hats were just “a funny thing to do at this time,” Ms Rothe said.

“It gave many people a big smile on their faces,” she added, saying that many customers were very happy to join in the fun. At the same time, Ms Rothe told Lonely Planet that “it showed in a humorous way how difficult it is for the catering trade if more than half of the seats are removed,” a problem that's pressing for everyone working in bars, restaurants and cafés.

Of course, social distancing measures are upheld at Cafe Rothe Schwerin and throughout Germany even without pool noodles on people’s heads, but the funny hats are still available and “intended for a funny photo in our café,” Ms Rothe remarked. 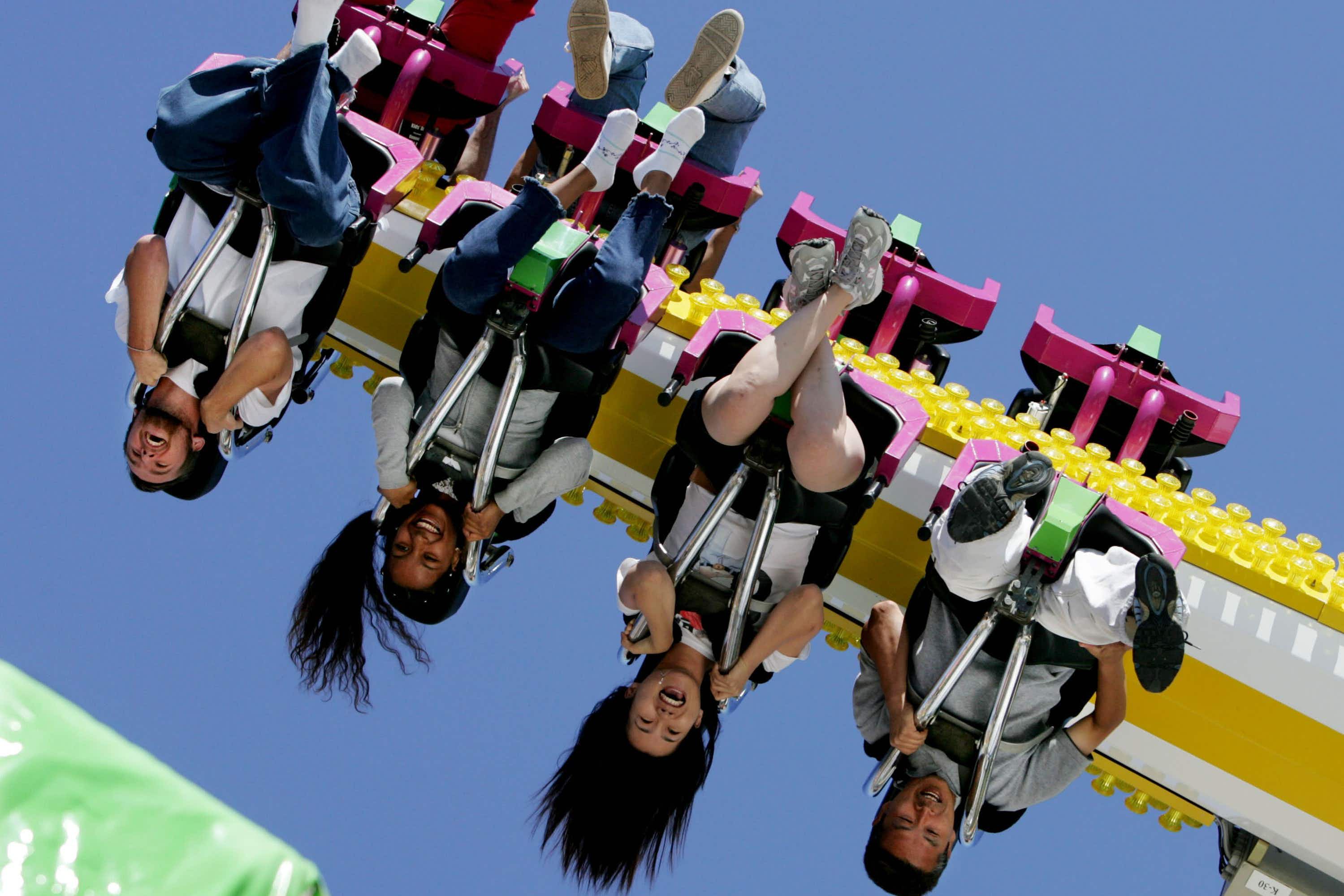 No screaming on rollercoasters under new rules for Japanese theme… 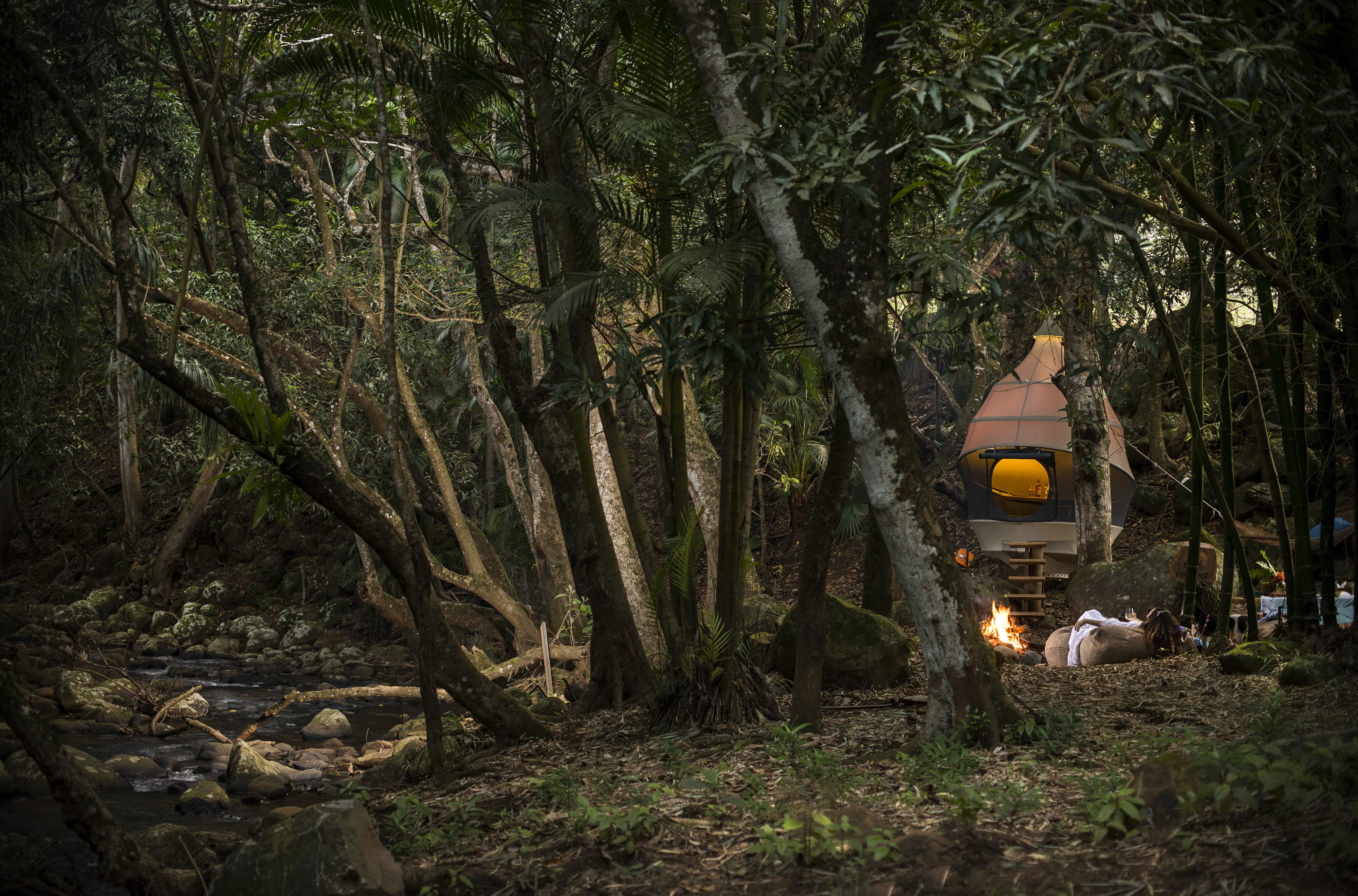 Escape into nature and isolate yourself in a luxurious pod…