Soak up Bath with these wonderful things to see and do

Classy, cultural Bath in southwest England is famous for its exquisite architecture and Bridgerton backdrops.

While the Roman Baths and Georgian Royal Crescent are must-see sights, there’s also a cool, contemporary city to explore. True, the city can be expensive. But avoiding peak times brings accommodation prices down. Add superb shops, arts and music venues and some surprising outdoor activities, and you have an appealing city break for couples and friends.

When it premiered in late 2020, Bridgerton quickly became Netflix's biggest-ever series. A record 82 million households watched in the first month. Set in Regency London, the show was filmed extensively in Bath and city buildings are clearly identifiable behind the action.

The Visit Bath website lists the locations so you can do a self-guided tour taking in Lady Danbury's mansion, the home of the Featheringtons and the Assembly Rooms, the settings for those lavish balls. Or book a tour with BritMovie Tours for an anecdote-filled, two-hour guided promenade around Bath’s Bridgerton locations – spiced with scandal, naturally.

Bath was born of geothermal springs which flow from the earth at a toasty 46°C (114ºF). Those arch lovers of luxury, the Romans, spotted their potential and built a state of the art bathhouse. Almost two centuries later, the Thermae Bath Spa means you too can blissfully float in mineral-rich waters.

The complex has massage jets, whirlpools, an ice chamber and steam rooms. But the big draw is the open-air, rooftop pool. Schedule an evening session, and you could be soaking under the stars with views of illuminated rooftops as the steam rises all around.

Although the Roman Baths are undeniably a tourist attraction, they’re also the key to unlocking both Bath’s historic narrative and the city you see today. The Romans built the sumptuous bathing complex in 70AD and today the cluster of atmospheric pools, courtyards and exhibits are brought vividly to life by projections, soundscapes and CGI displays.

The baths are beside a temple to the healing goddess Sulis-Minerva. It’s this connection between the geothermal waters and health that has  helped the city flourish and has funded grand building projects – from the Roman era to the spa town and tourist hotspot it is today.

Book tickets online and aim for a slot first thing in the morning. Or check the baths' What’s On page for special events like T’ai Chi on the Terrace overlooking the Great Bath.

Delight in the Royal Crescent

An exquisite semicircle of grand honey-colored homes, Bath’s Royal Crescent is another of the city’s can’t-miss sights. The terrace of 30 houses sweeps for 150 meters around a manicured lawn and was built between 1767 and 1775.

This gorgeous place inevitably featured as a backdrop in Bridgerton. One of the houses, the museum No 1 Royal Crescent, appeared as the Featheringtons’ home. Book a visit to see lavish Georgian furnishings, and the pots and pans of the servants’ quarters. After a June 2021 reopening, the story of the house and its residents has been brought to life by new digital projections and soundscapes.

Discover the Circus & the Georgian Gardens

After visiting the Royal Crescent, one of Bath’s big draws, many visitors take in the Circus en route from the city center as a bit of a sideshow. This means they miss an intriguing insight into the city’s past. A ring of 33 graceful townhouses split into three semicircular terraces, the Circus features stonework with beautiful emblems and symbols.

A short stroll away, down Gay St and back along Royal Ave, sits one of Bath’s unsung sights. The Georgian Garden is set behind No 4 The Circus. The compact space has been restored to resemble a typical town garden dating from around 1760. Complete with authentic plants and a copy of an elegant 18th-century garden seat, the space provides a rare glimpse into life behind Bath’s grand Georgian facades.

Novelist Jane Austen lived in Bath in the early 1800s. Mary Shelley wrote much of Frankenstein while in the city. So what better to do in a geothermal town awash with literary links than indulge in a Reading Spa? Run by the beautiful bookshop Mr B's Emporium, these one-off experiences allow you to sit down with a bibliotherapist over coffee and cake to discuss what you love to read. They then scour the shelves for armfuls of books to suit your tastes. All you have to do is decide which to take home.

Unfortunately, there’s a big backlog for in-person sessions. Mr B’s bespoke reading subscriptions – where a dedicated bookseller selects a book for you each month – are a good alternative while you wait.

Bath’s famously fabulous architecture has visitors tracing trails from the Roman Baths to the Georgian Royal Crescent. But the best way to see these exquisite buildings initially is to actually look down on them from the roof of Bath Abbey.

During the medieval abbey’s Tower Tours, you’ll climb 212 steps, navigate a stone spiral staircase, weave past bell ropes and emerge onto the roof for panoramic views. From here, the city’s architecture and street plan appears like a giant animated map.

Go to a great grassroots gig

Touring all that gorgeous architecture can leave you gasping for a pint. Handily Bath is blessed with some brilliant, beautiful pubs, including locals’ favorite, the Bell Inn. This ethical, lively, live-music pub is owned by the customers – around 500 of them bought it in 2013.

The inn is a living-wage employer and is part of the Musicians’ Union Fair Play Venue Scheme, which helps performers get a fair deal. The Bell is also home to seven real ales, bar billiards, a real fire and live music sessions three times a week spanning jazz, blues, Cajun and folk.

Cycle through a musical, mile-long tunnel

In a city of splendid sights, the idea of cycling through a tunnel might seem odd. But Bath's Two Tunnels Greenway is a unique cycling experience. It runs from East Twerton, east of the city center, to Midford, 3.8 miles to the south.

After views of the Royal Crescent, riders enter the Combe Down Tunnel. At 1672 meters – or a little over a mile – this subterranean stretch is the longest traffic-free cycling tunnel in Europe. It’s also packed with interactive sound and light installations. Your movement through Passage, an installation by United Visual Artists and the composer Mira Calix, triggers audio-visual displays set in 20 separate alcoves. It’s an unforgettable ride.

If visitors stray from Bath’s streets, they probably hop on a boat trip from Pulteney Bridge. But a more atmospheric way to explore is by walking a mile north east of the city center to hire your own craft from the Bath Boating Station.

This Victorian boathouse hires out vintage wooden rowing boats, Canadian canoes and punts. You then get to propel yourself along some 2 miles of river, looking out for birds like kingfishers, herons and moorhens en route to the Bathampton Mill pub.

Make your own bauble

Bath Aqua Glass specializes in making aquamarine artworks using techniques that haven’t changed much since Roman times – many of the pieces echo styles of the era. Most visitors spot the shop near Bath Abbey. But if you walk 10 minutes north to the outlet on Walcot St, you can watch the artisan glassblowers at work.

The doors to the workshop are often open to disperse the heat. But if you visit on Friday or Saturday you can head inside for a closer look. Or you can book activities including choosing the colors for a personalized bauble, crafting your own glass artworks, or hiring a glassblower for the day.

Bath’s shops are some of the best in the west. High-quality independent stores line the narrow lanes just north of Bath Abbey, Milsom St is good for upmarket fashion, while the SouthGate shopping center has all the high street brands.

See a film in an art deco cinema

In a city rich in history, it’s fitting that one of its independent movie spaces is historic too. The Little Theatre Cinema was built by community theater pioneers in 1935, primarily to screen newsreels and documentaries.

Since then it has added a second screen, and it now focuses on art house films and foreign language flicks. It also holds special autism-, toddler-, child- and dementia-friendly screenings, and it still has an art deco feel.

You might also like:
Best things to do with kids in England
How to get around in England
The 11 best beaches in the UK

This article was first published August 2018 and updated September 2021 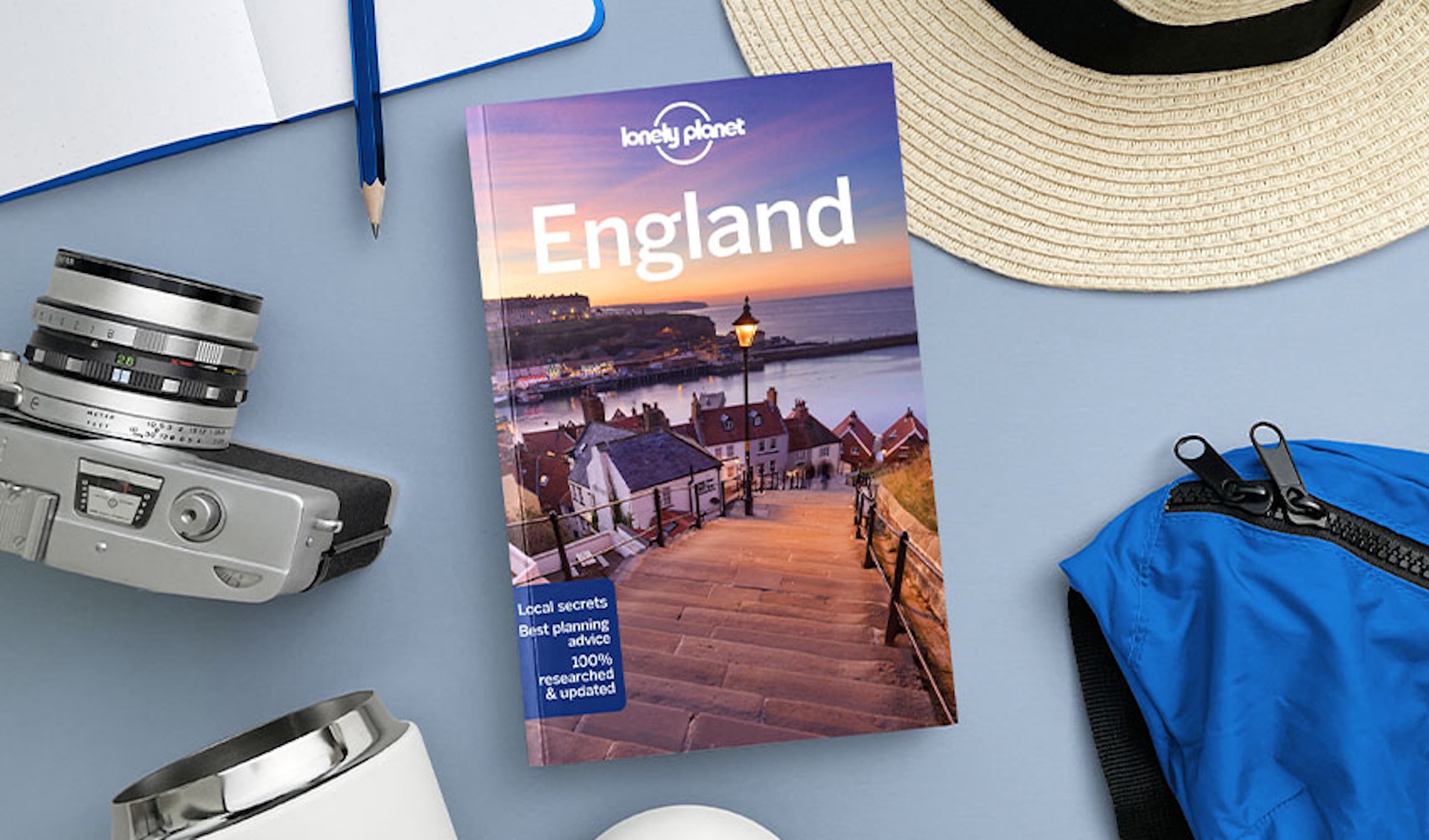 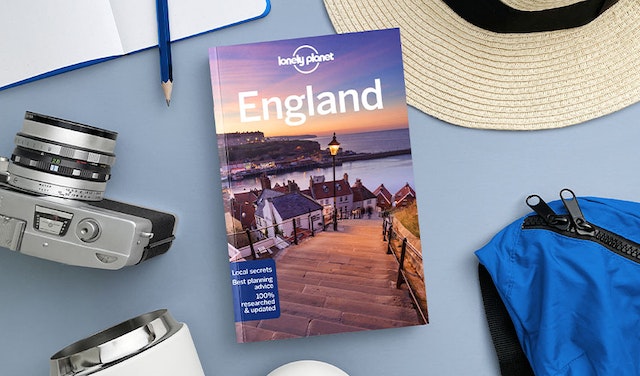