A blossoming dining scene – from gourmet restaurants to casual eateries and bars that focus on eating as much as drinking – is transforming Jerusalem’s outdoor Mahane Yehuda Market into a prime place for culinary exploration and nightlife. Eating in the market is a must for any traveller who wants to see the past and present of Jerusalem and understand the innovation that fuels the holy city today.

For more than a century, Mahane Yehuda Market has been a local place to shop for fresh produce, spices, meat, fish and freshly baked bread. It also has long been a place of encounters and exchanges in Jerusalem, whether through a game of backgammon or conversations in Yiddish, Hebrew and Arabic. Building on these traditions, the market’s thriving food scene has helped the market put down new roots that combine old and new, local and foreign, classic and creative.

This gourmet bistro, owned by three of Israel’s top chefs, is in many ways a microcosm of the market. With seating at wooden tables and a bar looking into its open kitchen, Machneyuda serves up the best of the market, incorporating the vast array of cultures found here. Try the shakshukit, a bold attempt to combine the traditional flavours of the market into one dish. The result is sesame paste topped with a mixture of ground beef, organ meats, pickled mango sauce, grilled onions and spices, finished off with yoghurt and pine nuts. The restaurant also puts a Middle Eastern spin on other cuisines, like adding dates to tuna sashimi. Wooden crates full of fresh fruits and vegetables fill shelves amongst the dining tables. While folded kitchen towels serve as napkins, an extensive wine list and dessert menu make sure that elegance is also felt throughout your feast here.

At nearby Ishtabach, which took over spaces formerly occupied by a vegetable storage warehouse and an adjacent barbershop, ample bar seating and talkative cooks mean you’re bound to strike up conversation and swap stories. Even the main dish, called shamburak (a pastry filled with meat and potatoes and baked inside a large domed oven), comes with its own tale. Almost everyone who works at Ishtabach will tell you about how these pastries were inspired by owner Oren Sasson-Levy’s Kurdish grandmother, who would stuff the remaining Sabbath stew into dough and bake it, creating a fresh meal out of her leftovers each week. ‘But she never put brisket or asado inside; that’s a switch we made,’ the restaurant’s head chef, Alon Sela, said. A photo of Sasson-Levy’s grandmother smiles down at the bar area, where shamburak are served on wooden plates accompanied by small dishes of tahini, pickled carrots and olives.

Next door, inside a former candy shop, Crave serves up gourmet street food, its menu covering the snack spectrum from nachos and sliders to Korean noodle bowls. Crave is the place to go to experience the ongoing revolution in kosher dining, where the chefs concoct dishes that adhere to Jewish dietary laws but don’t taste like it. The most delicious example is the bacon cheeseburger, made with lamb bacon and topped with vegan cheese. Crave’s edginess and creativity are not limited to its food: its exposed brick walls are covered in graffiti from artist Solomon Souza, who has turned many of the market stalls’ shutters and alleyways into bright canvases featuring portraits of Mahatma Gandhi, Albert Einstein, Bob Marley and others. With seating around a square bar in addition to tables, Crave is a fantastic spot to chat with both locals and travellers, and is especially popular as a meeting place for employees of the booming local high-tech startups.

At Burrito Chai, tortillas filled with stewed beef, fresh guacamole and spicy salsa satisfy the city’s growing taste for Mexican food. Despite the name, the menu goes beyond burritos, and other Mexican mainstays like tacos, chimichangas, nachos and churros with chocolate sauce will also fill up your plate here. Even though Mexican cuisine is not common in this region, almost all of Burrito Chai’s ingredients come from the market, including locally grown peppers, spices from the numerous overflowing spice shops and, of course, fresh produce. The small restaurant, whose name means ‘Burrito of Life’ in Hebrew, always feels ready for a party: the decor includes strings of fairy lights, and the drinks menu brims with margaritas and a wide selection of beer. At night when the surrounding shops close, tables and chairs are set up in the alleyway to make space for more diners. This is when the music gets louder and a bit of dancing begins.

Handcrafted sausages and beer at Hatch

Along one of Mahane Yehuda’s crowded covered alleyways, Hatch is tucked next to a stall hawking dried nuts and fruits. Hatch sells just two things: craft beer and homemade sausages. Owner Ephraim Greenblatt is a self-taught brewer, and the name Hatch comes from his drive to ‘hatch a plan’. On a recent day, the ever-changing menu included handmade beef sausages infused with curry and coconut milk and topped with mango chutney, cilantro and grilled onions. ‘We saw all these beautiful mangoes coming into the market and thought what could we do with them,’ Greenblatt explains. ‘I built this whole sausage from that inspiration’.

A stop at Gela, with more than 20 flavours of vegan ice cream, adds a sweet twist to any visit to the Mahane Yehuda. Israel has one of the highest rates of veganism in the world, and as Gela shows, such a choice does not have to mean sacrificing flavour. Don’t miss the freshly churned almond milk ice cream infused with lemon. Also worth tasting is the coconut milk-based ice cream with added fresh orange zest. The dark chocolate flavour is too rich for anyone – vegan or not – to realise it’s dairy-free.

Get behind the scenes on a tour with The Atelier

If you are still hungry for more of the market, Tali Friedman, owner of The Atelier and a trained chef who grew up in Jerusalem, guides groups down the Mahane Yehuda’s hidden alleyways and gives out tips where to buy the best fish or produce. There’s time for plenty of sampling along the way. At the end, climb the stairs to The Atelier and gaze out its large windows at the sprawling and bustling market while sipping local wine, or take a cooking course to make the most of your market finds. 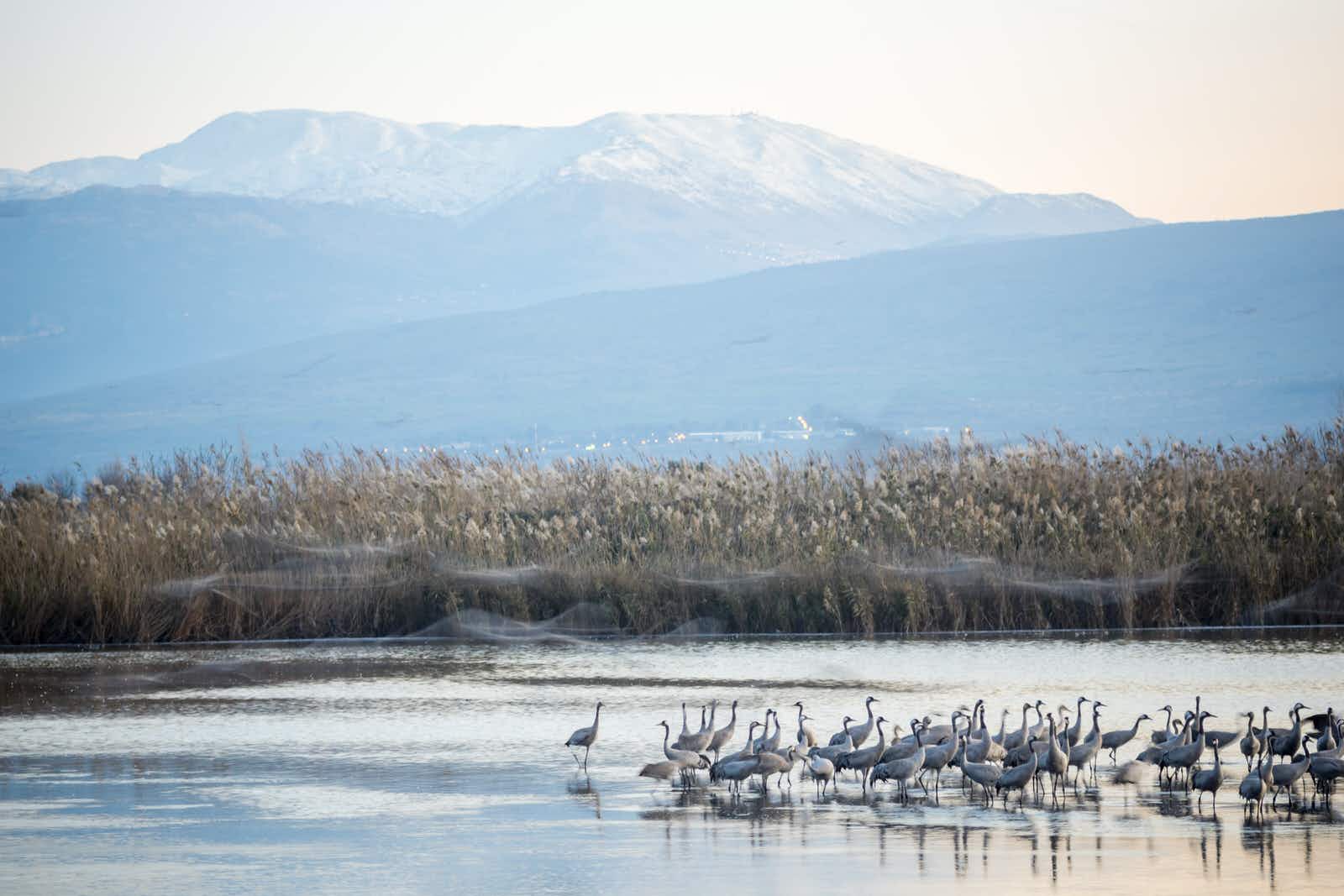 Best things to do in Israel with kids 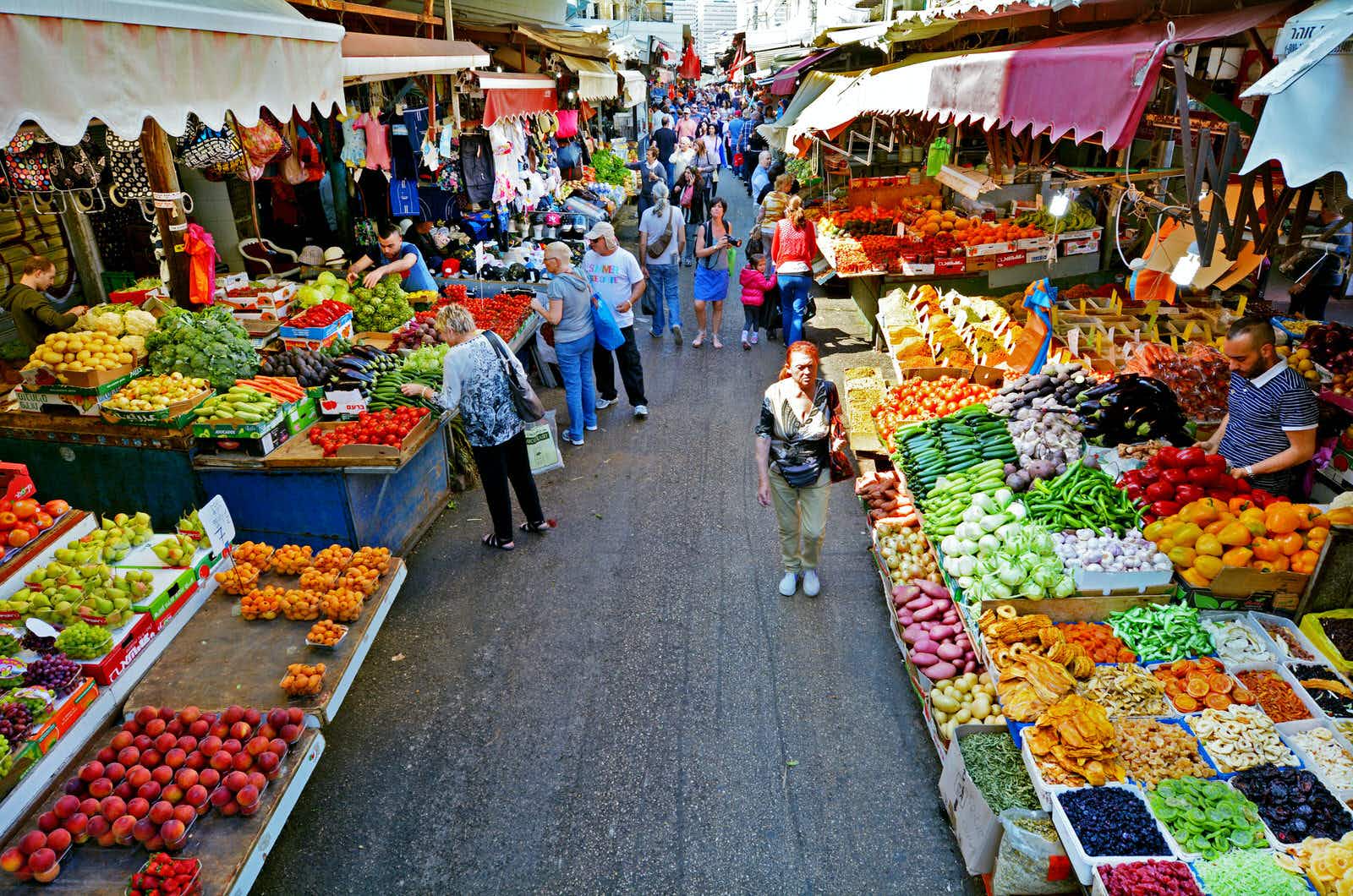 Market to table: must-visit spots in and around Tel Aviv’s…