The Big Five (buffalo, lion, leopard, elephant and rhinoceros) sometimes elude safari goers in more ways than one. Rates for a five-night luxury safari - including guided wildlife drives, sunset cocktails, and tents with more puffy pillows than London's Ritz Hotel - can cost anywhere between US$5000 and US$12,000.

But contrary to what many believe, you don't have to remortgage your house to tackle an African safari; there are cheaper alternatives to the luxury packages, especially for the more adventurous traveller. 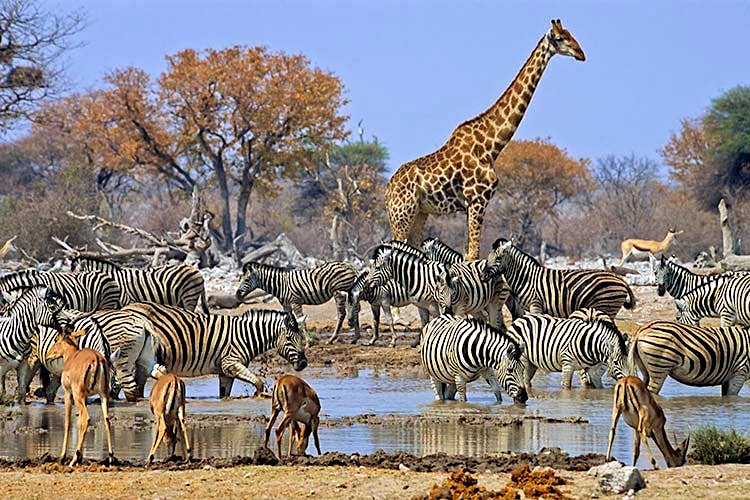 An assortment of animals congregate around a shrinking waterhole in Namibia. Image by Peter ten Broecke / E+ / Getty Images

Farside Africa (farsideafrica.com) specialises in tailor-made trips for clients on different budgets. Director Vicky Stirling says heading out on your own is the cheapest way to do a safari.

In South Africa, it's possible to access some parks, such as Kruger National Park, in a standard 2WD hire car thanks to well-maintained networks of roads plus a decent, if modest, array of accommodation. Real penny-pinchers can take their own food, too.

While you may save your pennies, there are pitfalls to going solo - the state of the roads, for one. While South Africa and Namibia have decent roads, road conditions in Botswana and Zambia are generally poor. This rules out regular cars, so you need to be able to handle a 4WD. In Zambia, a fully equipped 4WD with pop-up roof tent costs around $250 per day.

Another downside of going independently is not having a guide. Experienced guides spot everything from miniature chameleons to leopard prints (mere 'blobs' to the average person). Stirling says: 'Without a guide, you are always going to miss things, so self-drive trips tend to suit people who've been on safari before and have guide books and [a better awareness of] animals and birds.'

There’s also the safety aspect to consider. Predicting how wild animals behave and the 'rules' of driving are crucial; blocking an elephant from its path, for example, will make it agitated and extremely aggressive. A good compromise is to arrange wildlife drives through public campsites (obviously, private lodges are off limits - these offer drives exclusively to guests). 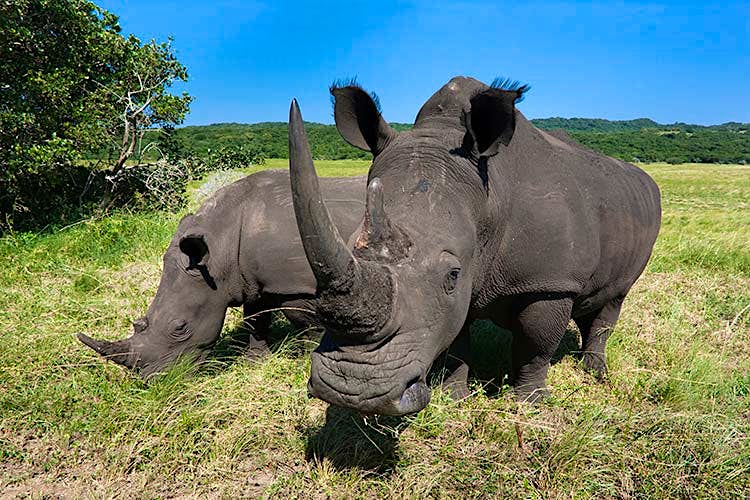 The upsides of going alone? You can go at your own speed, there's no one else sharing the vehicle, and you are free to do what you want, whether it be searching for buffalo or sitting by a waterhole watching animals coming to drink.

For the easiest self-drives, Namibia's parks are recommended. The flat roads mean you can see which animals are around, and the lack of forest means fewer surprises popping out from behind bushes. Stirling recommends Etosha National Park in particular: 'There, you can drive in and sit by a waterhole. People love that because they can do it in their own time, and are not rushed by others in the vehicle.'

Namibia also has a good range of lodges in national parks. 'Etosha National Park's two lodges at the main gate have both cheap and expensive rooms - a good mix of accommodation. Plus you can do as much driving as you like. And at camp there's a massive waterhole so you can watch the animals come in at night,' says Stirling.

For more experienced travellers who want 'deeper and darker Africa', Stirling recommends the desertscapes of Moremi Reserve in Botswana for great value campsites. These are good, well-equipped camping spaces, with ablution blocks and firewood. (The same goes for South African campsites.) 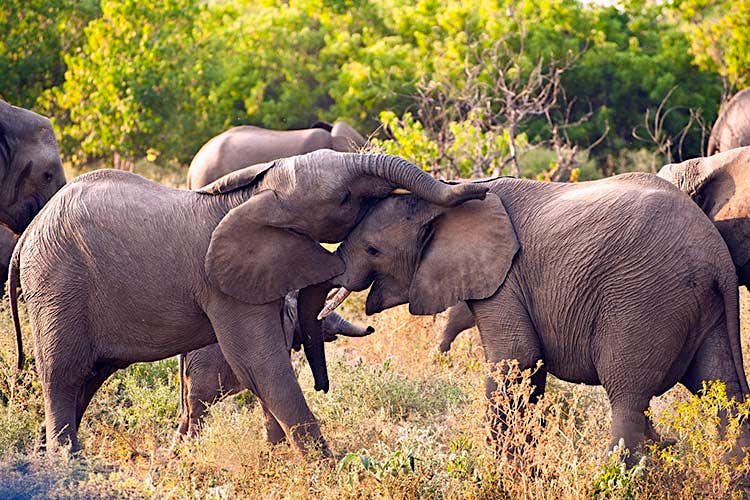 Young elephants getting to grips with each other in Botswana. Image by Claire Gribbin / CC BY 2.0

Carefully consider when to go - this is especially important for those eager to find cheaper deals. During the low (wet) season - from mid-November to the end of March - lodges, such as those in Botswana, cut rates by half. 'The ideal time is the beginning of the low season. It's a lovely time to go. The grass hasn't had time to grow up so it's still easy to spot animals, there's a smattering of fresh shoots coming up, and some animals drop their young around this time. Plus it never rains much more than thunder bursts,' says Stirling.

It also means lower air fares, fewer crowds and no 'car parks', where over 40 vehicles crowd around a lion or a herd of impala, a frequent criticism of Kruger National Park during the school holidays.

Stay outside a reserve

For those who don't need the glamping (luxury camping) or lodge experience and who are good self planners, base yourself outside a wildlife reserve and enter the reserve - or different reserves - each day.

St Lucia, in the South African region of KwaZulu Natal is an excellent base for its varied accommodation and the diverse parks nearby, according to Kian Barker, director of Shakabarker Tours (shakabarker.co.za) and B&B owner. 'Travellers have access to a nice bouquet of parks with different eco-systems - from Hluhluwe-iMfolozi National Park to iSimangaliso Wetland Park.' (iSimangaliso, formerly known as the Greater St Lucia Wetland Park, is a Unesco World Heritage Site, comprising 328,000 hectares and stretching for 200 kilometres along South Africa's north-eastern coast.)

'One day, you can be watching an elephant herd in Hluhluwe-iMfolozi and the next spotting a whale along iSimangaliso's coastline and hippos in the lusher wetland grasslands,' says Barker. 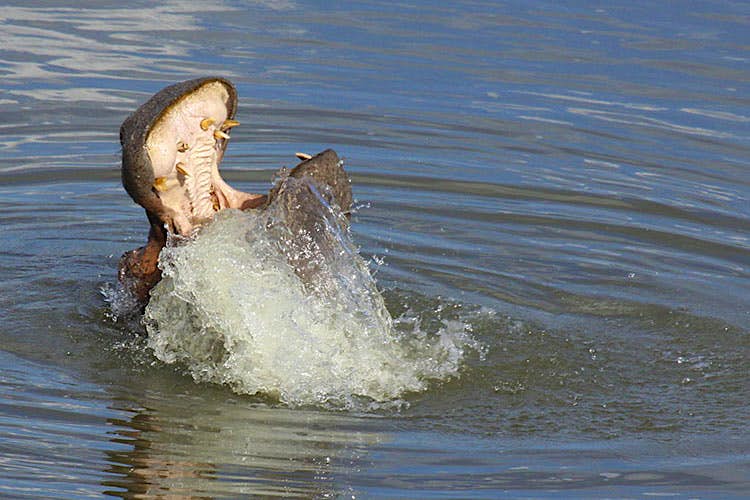 A hippo playing in a waterhole in South Africa's Kruger National Park. Image by Derek Keats / CC BY 2.0

For those who don't need their sheets turned back or sundowners by a waterhole, volunteer options are an excellent alternative to experience wildlife in situ and you get an experiential bang for your buck.

African Impact (africanimpact.com) offers 65 short-term volunteering projects in 10 destinations around Africa. Projects generally run between two and four weeks (though volunteers can stay for up to 12 weeks), and start at around US$1200 for a two-week placement. The organisation's animal welfare projects range from elephant conservation (Namibia) and lion rehabilitation projects (Zambia) to community based projects (Kenya).

According to Greg Bows, African Impact's Managing Director, 'the core of what we do is to create amazingly fun experiences on projects that actually need volunteer assistance.' The company's Thanda Wildlife Photography and Conservation Education project, for instance, allows keen photographers to get close to animals and the environment (the photos depict anything from the animals to snares and litter, and are used by NGOs in their promotional or report materials).

Guests bunk down in chalet accommodation that is, in Bows' words, 'fairly simple and clean but comfortable', but it's possible to upgrade to a lodge for an extra fee.

The advantages of volunteering extend way beyond the rates - they also offer a more holistic view of conservation, its issues and complexities. 'On a general safari, travellers may spend a lot of money to see the Big Five, whereas volunteers leave a lot more educated. They are more aware of an endangered status and of the community side of conservation and how fits in with wildlife, and what can be done to help these things. On a short-term holiday safari you don't gain this. You might hear rhinos are endangered, but not why or how you might help them,' says Bowes.

While African Impact's volunteer projects lack the tableclothed-breakfast-in-the-bush experience, its sister company runs a high-end tented camp, Encounter Mara (encountermara.com), in Kenya's Masai Mara (US$625 per person per night in high season). Some of these high-end safari guests become converts. 'We actually get people who've stayed at the luxury camp who come back to volunteer,' says Bowes. 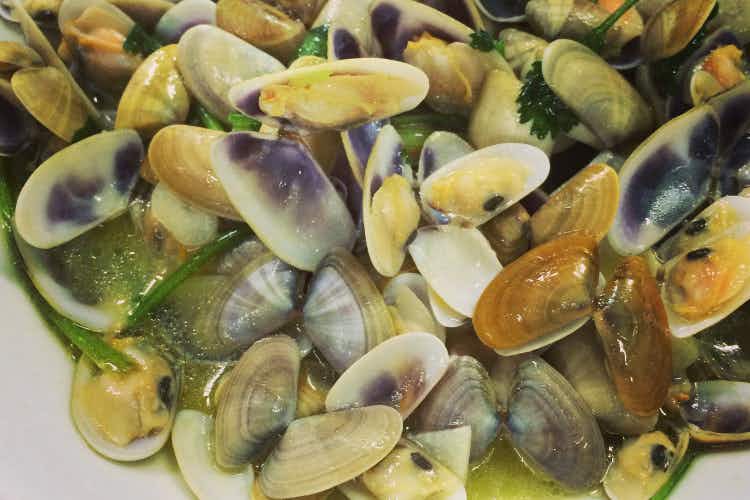 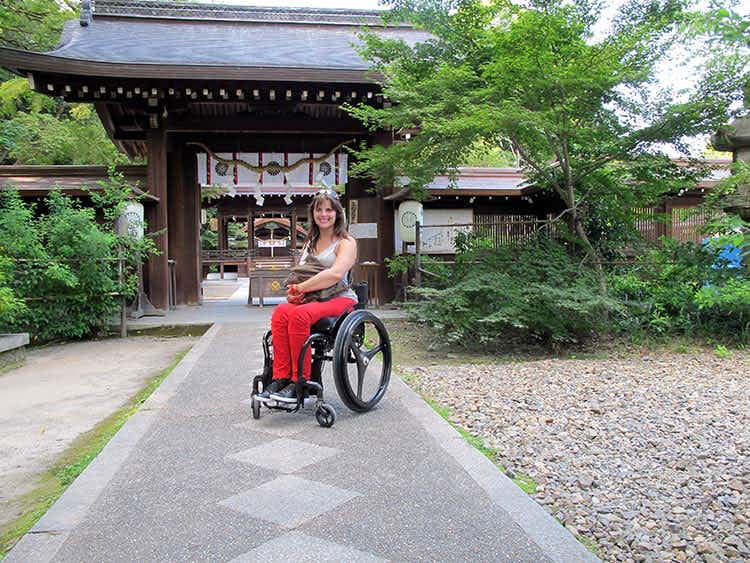 How to travel Japan in a wheelchair