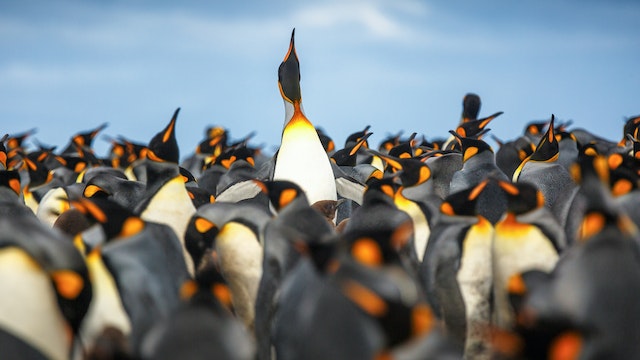 On the fast ice about 400m from the low ice cliffs on Snow Hill Island’s south coast is Antarctica’s northernmost (and most accessible) emperor penguin rookery. First sighted from a small aircraft in 1997, it was finally visited in 2004 by a Russian icebreaker carrying tourists. The colony is estimated to hold more than 4000 breeding pairs.