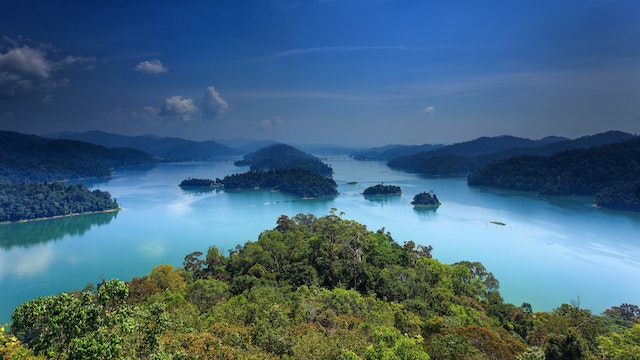 This 1175-sq-km park within Belum-Temenggor Rainforest was gazetted in 2007 to protect a rich menagerie of tigers, tapirs, panthers and the Sumatran rhino – though the latter is now believed to be extinct in Malaysia. The spears of submerged trees poking above the waterline of the largely dam-flooded lake are an eerie sight.

A permit and guide are needed to explore; hotels can help with both. Book a fortnight ahead to secure tours and a permit (RM20); you'll need a scan of your passport.

As in all natural wildernesses, wildlife sightings are a matter of luck (spotting elephant dung is a lucky day indeed!). Bird-watchers will have the most joy: among the 316 avian species spotted in the park are all 10 species of Malaysian hornbills, and it's common to see colourful birds such as blue-rumped parrots, red-crowned barbets and green broadbills. Flocks of birds assemble between July and October.